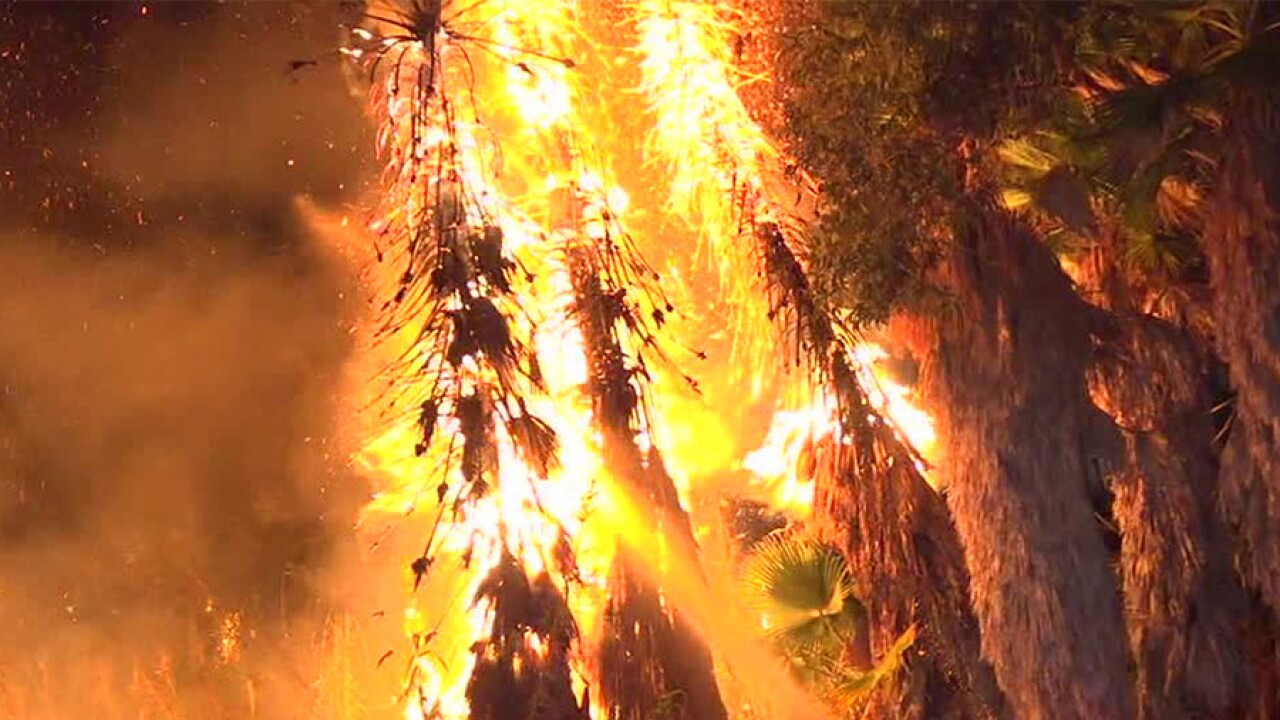 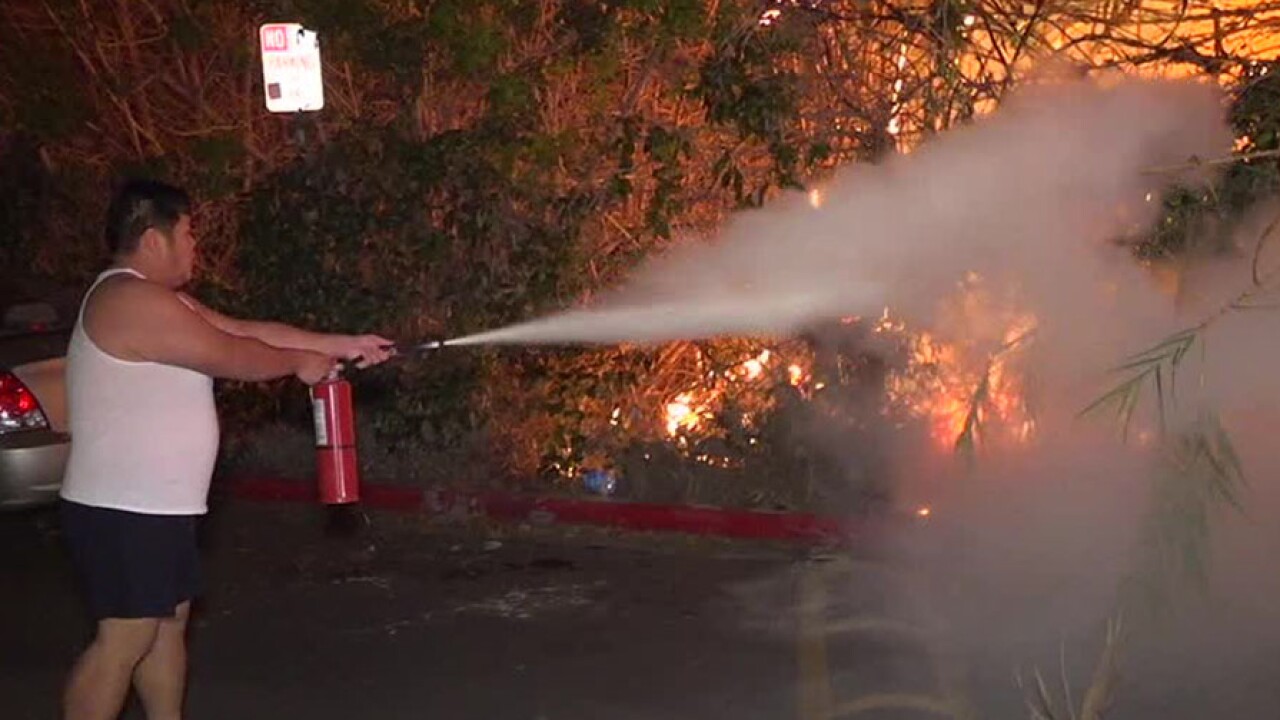 SAN DIEGO (KGTV) - Residents were forced to rush out of their homes in Colina Del Sol after a fire erupted near a Dumpster and quickly spread to nearby palm trees.

The fire was reported shortly before 4 a.m. near an apartment complex in the 4100 block of Altadena Avenue.

As residents fled their homes, 10News saw one resident using a fire extinguisher to try and douse the flames in the Dumpster. However, the blaze was too much for one person to overcome and it jumped to the palm trees.

Firefighters arrived and were able to knock down the flames before they spread any further.

Following the firefighting effort, a fire official told 10News the palm trees were like Roman candles and were an immediate danger to homes and a nearby canyon.

Altadena Ave. in Colina Del Sol. @SDFD says these palm trees acted like Roman candles. Luckily no one was hurt and they kept it from spreading to the apartments right behind. pic.twitter.com/SrjKubdRG5