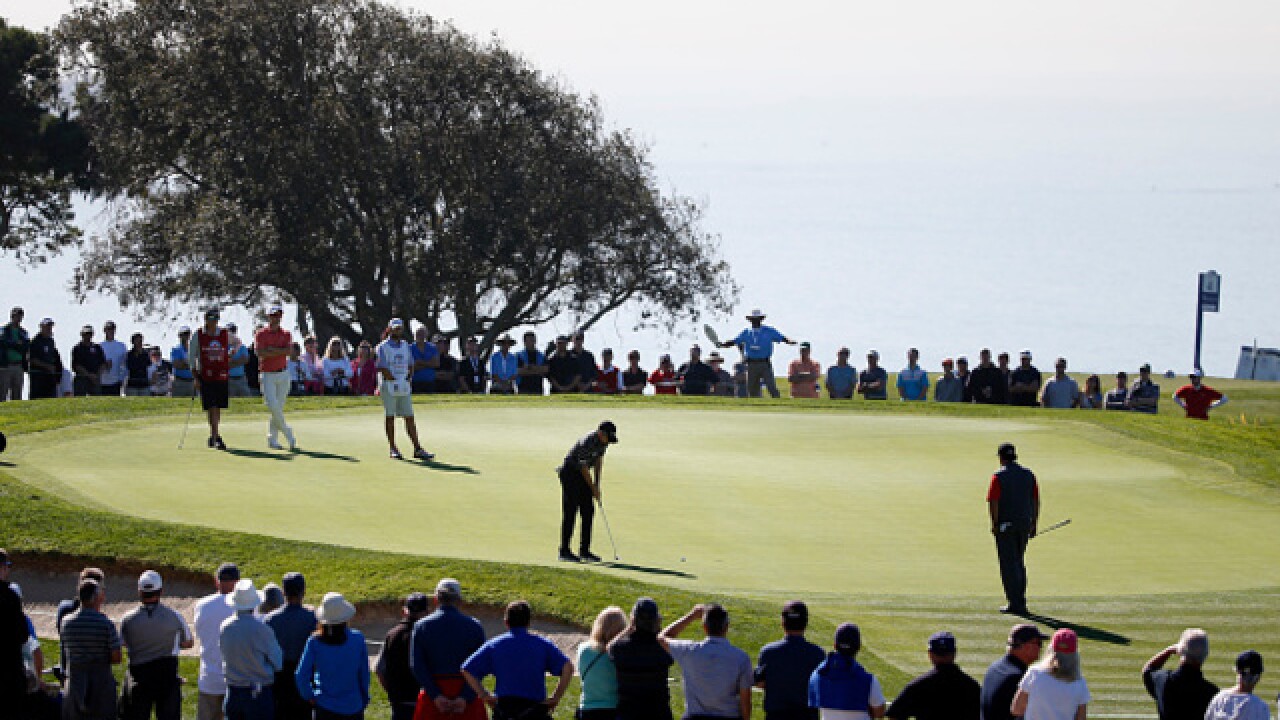 LA JOLLA -- The PGA Tour is keeping an eye on the sky as a big storm is expected to roll in this weekend, bringing with it the possibility of heavy rain during the final round Sunday of the Farmers Insurance Open at Torrey Pines.
The PGA Tour keeps a full-time meteorologist at the course to track the weather.
"Ever since I've got here early in the week, everybody is asking about Sunday," Meteorologist Stewart Williams told 10News Friday morning.
WEEKEND WEATHER: Wet, windy and cold
Williams said they may adjust tee times to try and beat the storm.
"We may be able to move tee times back an hour or so, give us a little wiggle room at the end of the day to try and get it all finished.”
However, he said there’s only so much they can do.
"We're in Mother Nature's hands here. We do the best that we can."
VIDEO: Weekend storm not typical for El Nino
Williams says Torrey Pines’ location poses a challenge.
"The tough thing here is when the marine layer starts kicking in. We're elevated here. It definitely has a problem... It's a tough area."
During last year’s Farmers Open, heavy morning fog blanketed Torrey Pines, forcing organizers to postpone the pro-am for a few hours. They even suspended play early in the morning of the first round.