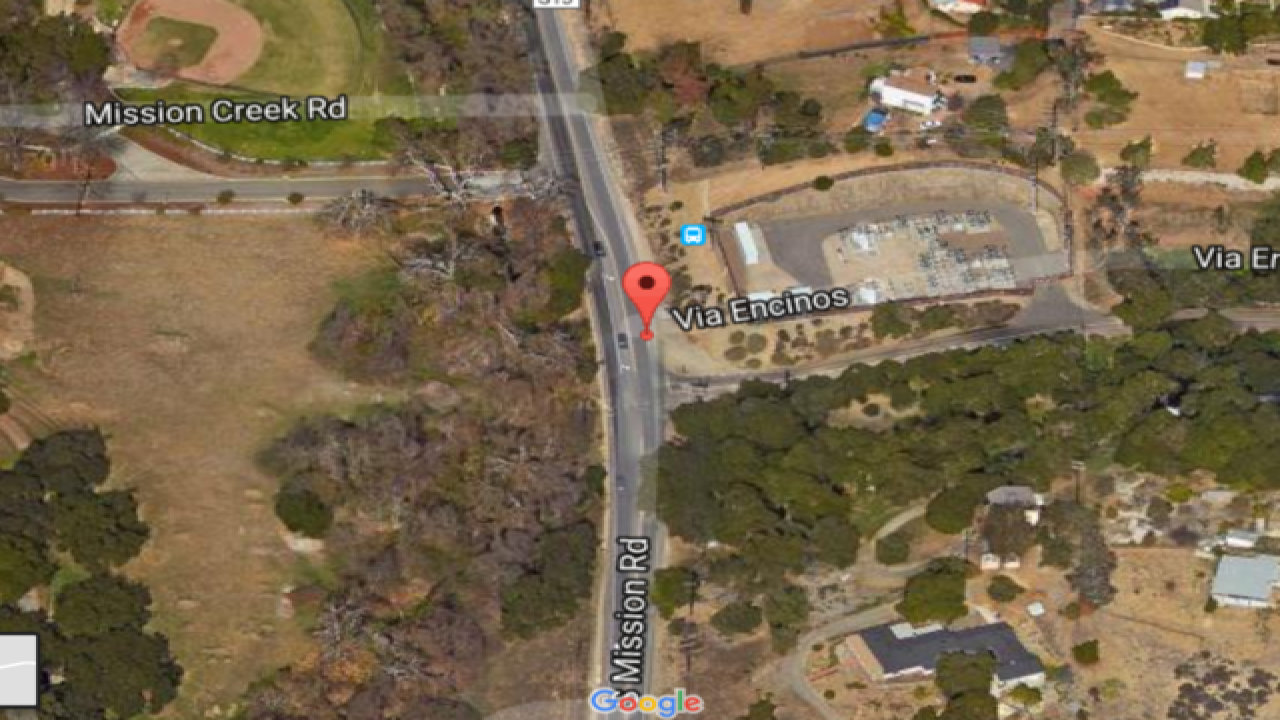 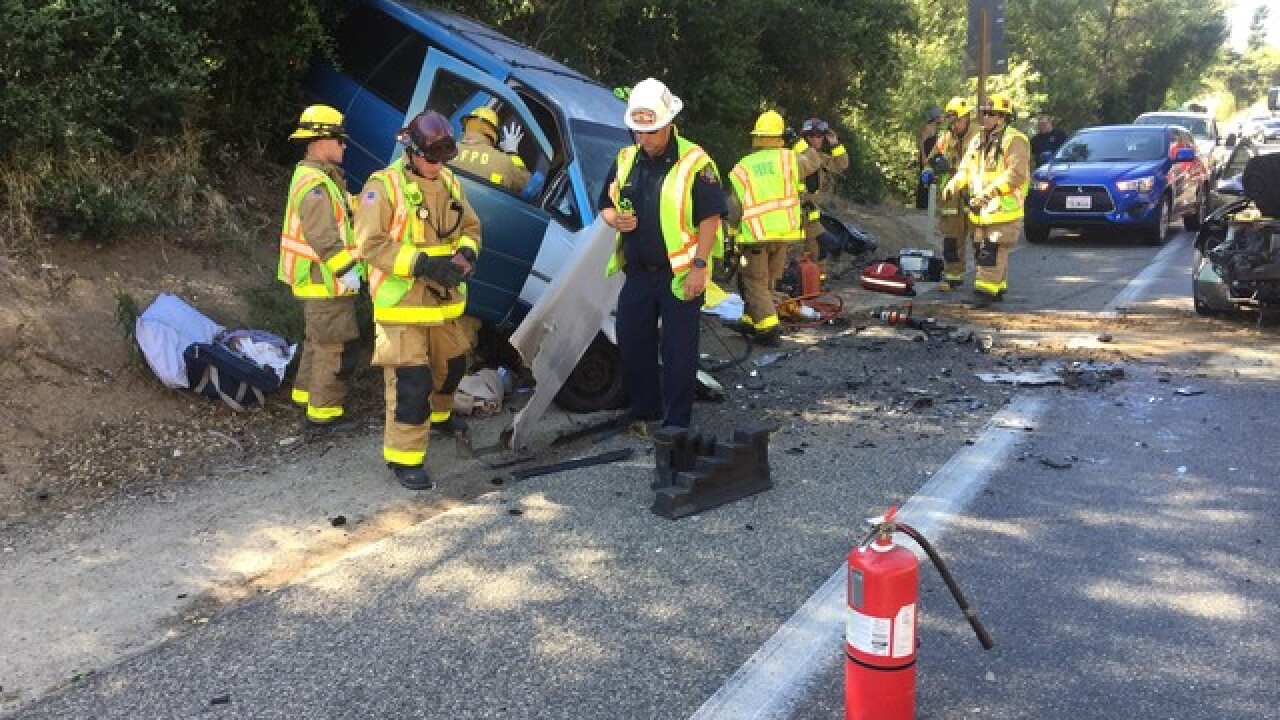 FALLBROOK, Calif. (KGTV)--One person is dead and another injured following a head-on collision Monday afternoon, according to the California Highway Patrol.

A black Honda was reported to have been traveling at a high rate of speed in the wrong direction on Via Encinos Drive near South Mission Road around 4:02 p.m. It collided with a blue van, according the CHP incident page.

One person was pronounced dead at the scene and another was transported to the hospital with non-life threatening injuries.

S. Mission Road was temporarily closed in both directions.

This story is developing. Stay with 10News for more information as it becomes available.

South Mission at Via Encinos is closed due to a traffic collision. Will provide an ETA on re-opening as it becomes available.