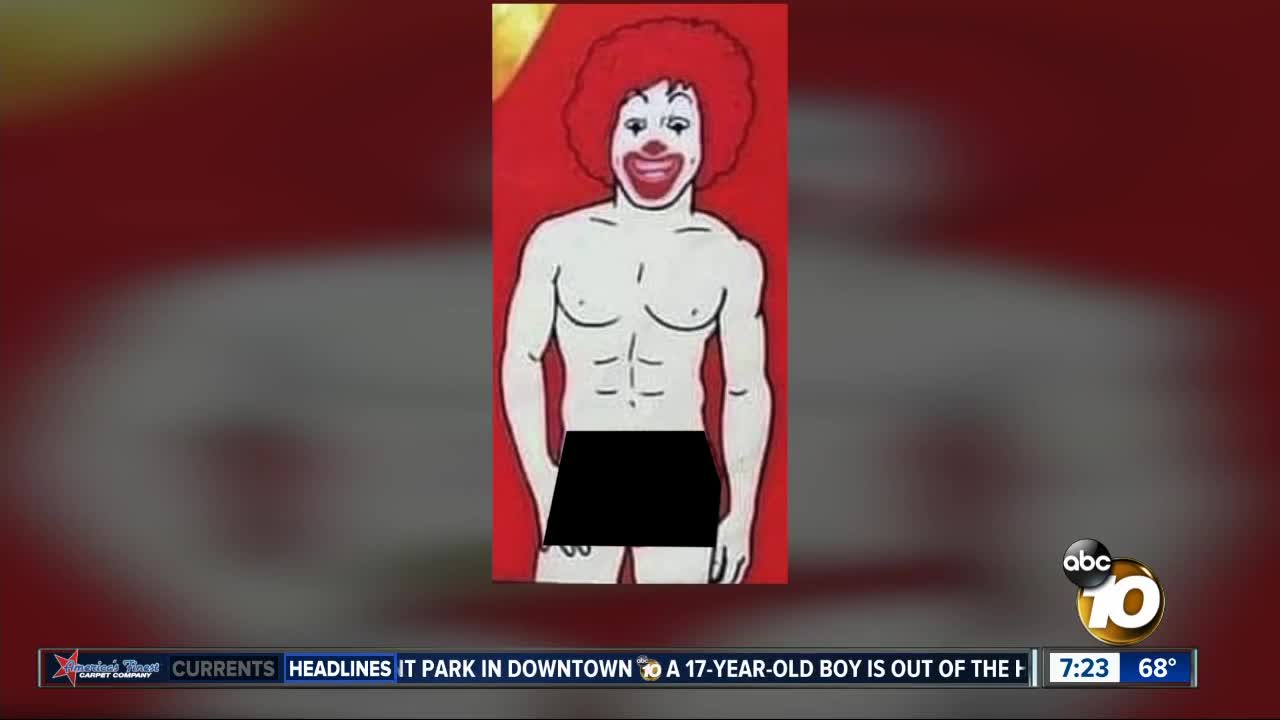 (KGTV) - Is a risque, shirtless version of Ronald McDonald being used in a new ad campaign?

Yes, but not by McDonald's.

The ad, which features french fries poking out of Ronald's red speedo, is being used by a chain of pubs in Japan called Yotteba.

The adult depiction of Ronald is not going over well on social media, with many people not realizing it's not an actual McDonald's ad.