Fact or Fiction: President gave thumbs up next to baby orphaned in massacre? 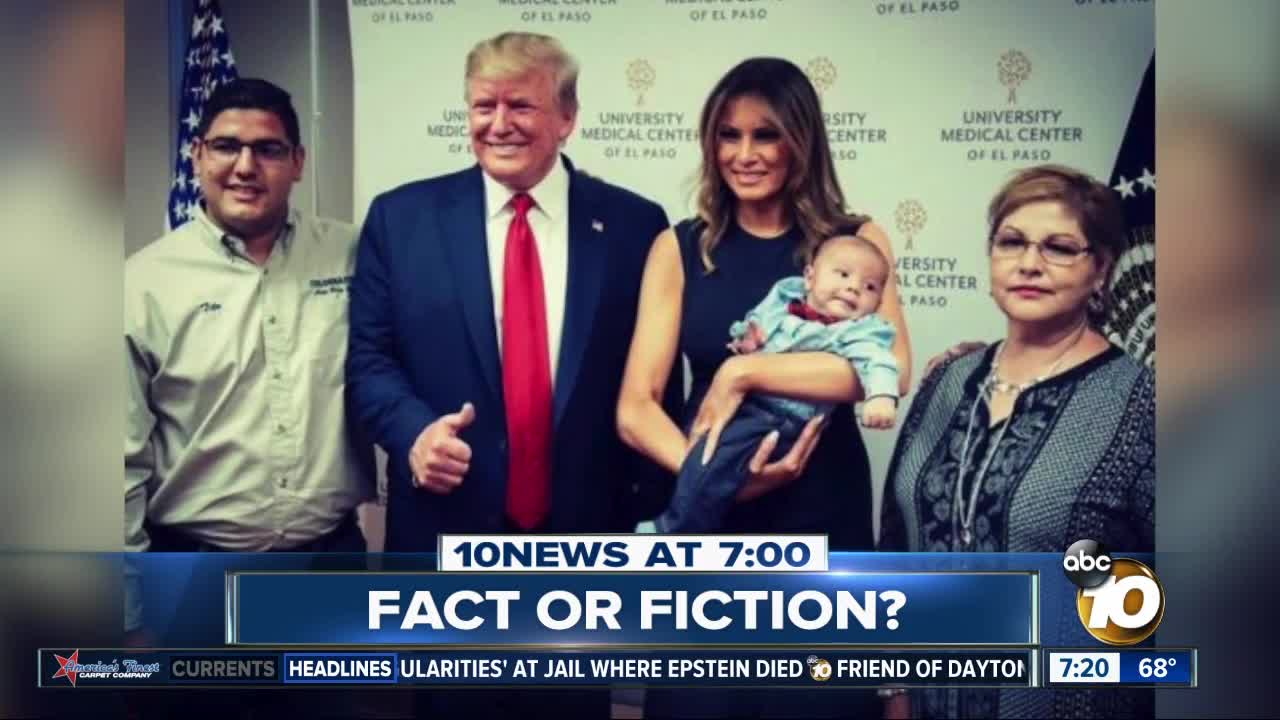 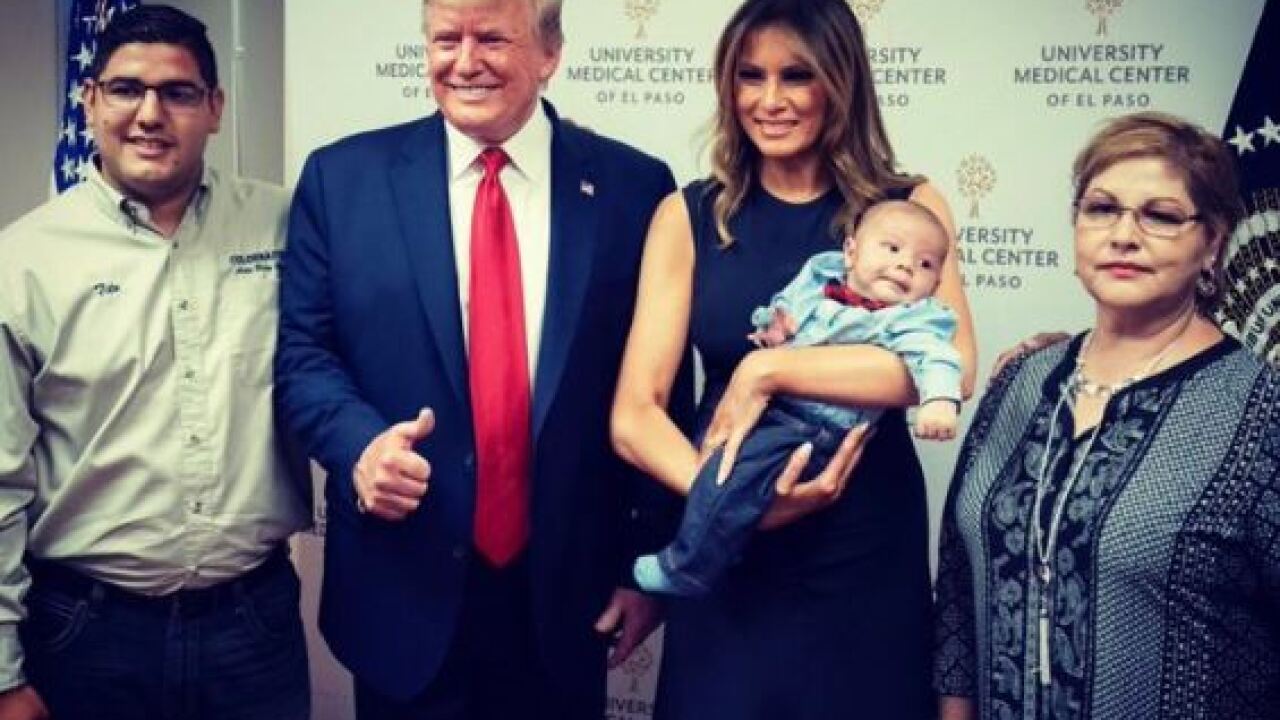 (KGTV) - Does a picture really show President Trump giving a thumbs up next to a baby whose parents were killed in the El Paso massacre?

Jordan and Andre Anchondo died while shielding their baby during the Walmart shooting August 3rd.

The baby's uncle told the El Paso Times that his brother was a big Trump supporter and the uncle wanted the president to know their family stands with him.

So the baby was brought in for the president's visit and photographed with him and the first lady.