Fact or Fiction: A major disease breaks out every election year? 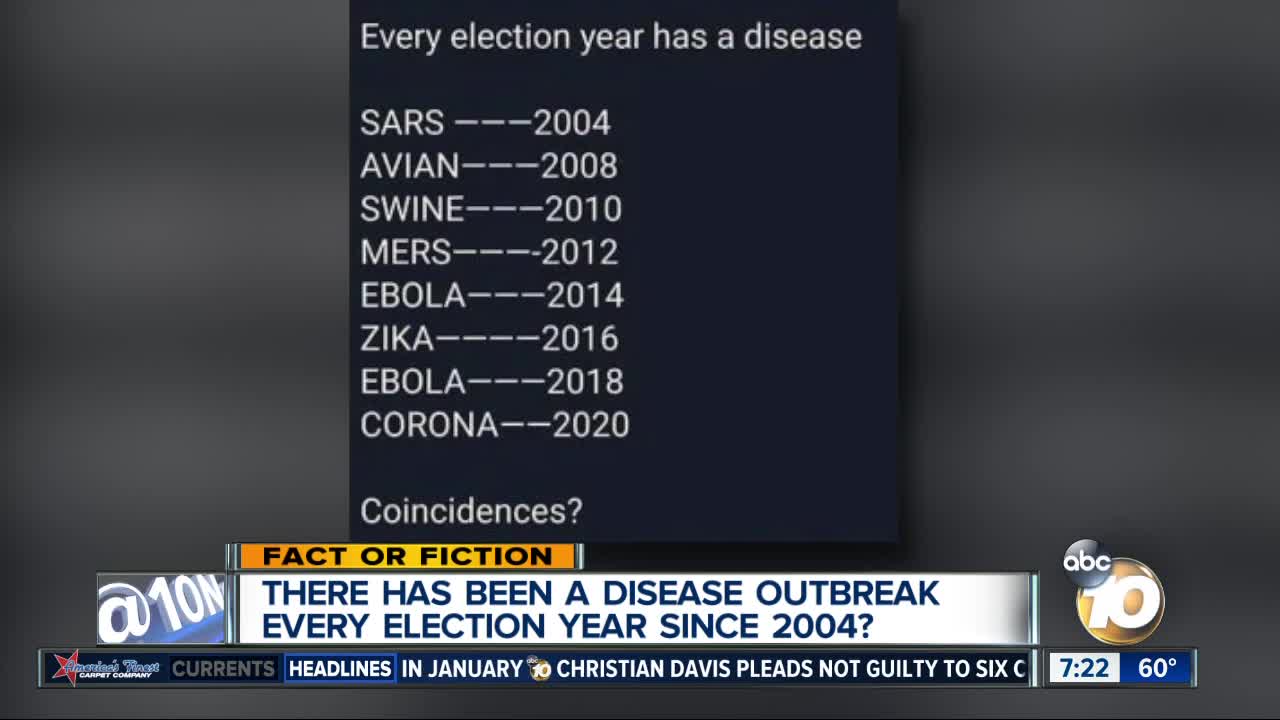 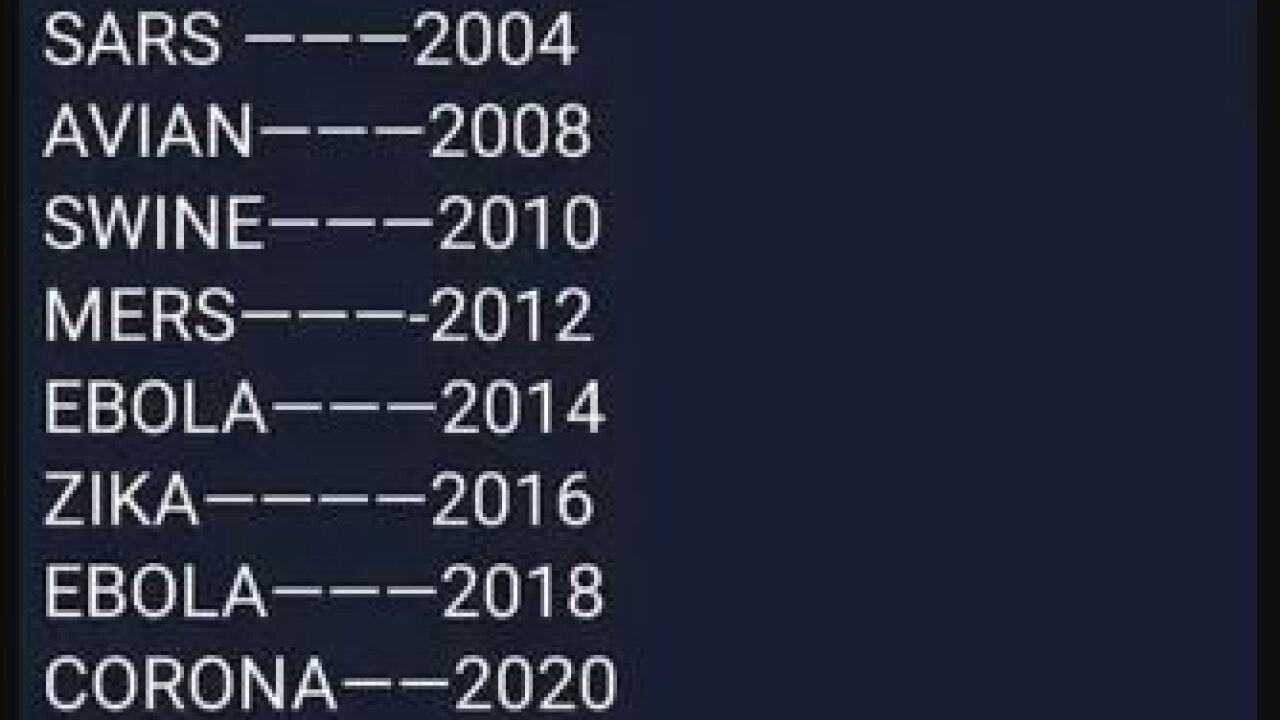 (KGTV) - Has there been a major disease outbreak every election year since 2004?

The meme making such a claim has several inaccuracies.

Coronavirus is also called Covid-19 because it was first detected in the non-election year of 2019.