Vaquita: What to know about the world's rarest mammal 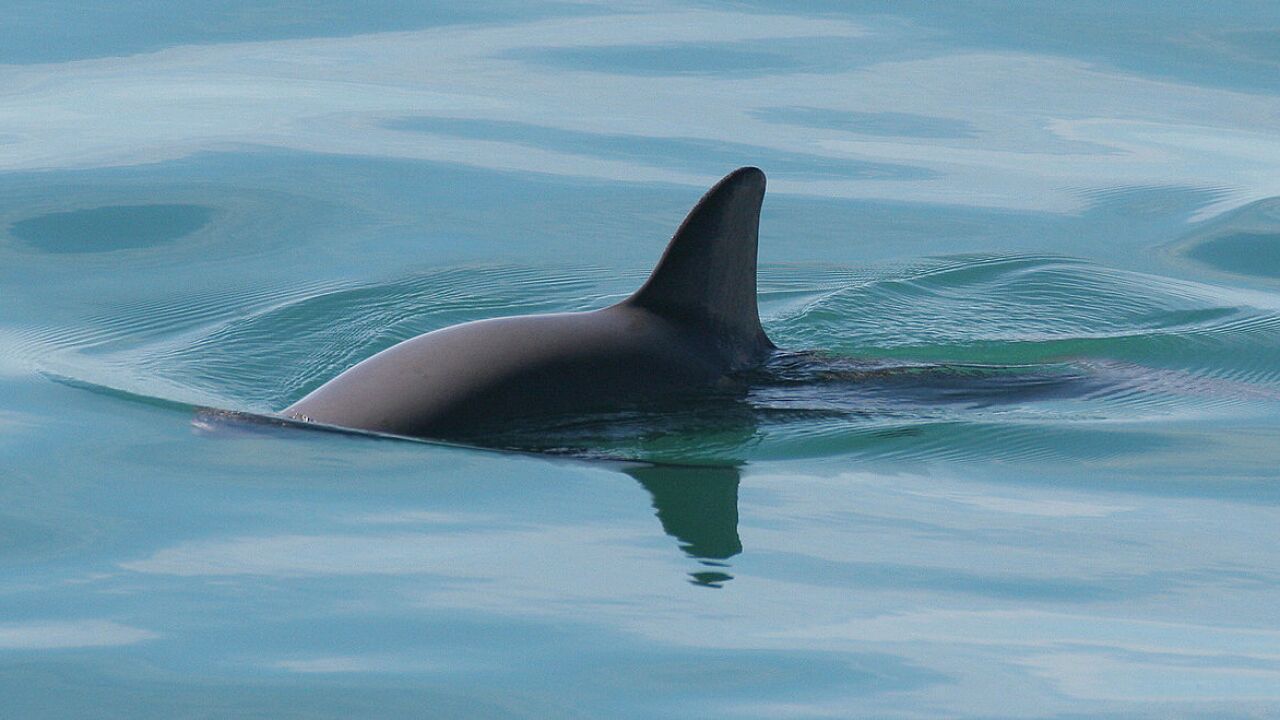 NOAA/Wikimedia Commons
A vaquita; Photo taken under permit (Oficio No. DR/488/08) from the Secretaria de Medio Ambiente y Recursos Naturales (SEMARNAT), within a natural protected area subject to special management and decreed as such by the Mexican Government.

(KGTV) — What's left of the world's Vaquita calls the Gulf of California home.

In the northern portion of the gulf, the porpoise's fate has become much like that of other cetaceans (whales, dolphins, and porpoise). Illegal fishing has led to a rapid decline of the mammal, prompting wildlife experts to find non-invasive ways to protect them.

Since 1997, vaquita population has declined more than 95 percent from nearly 600 to about 10 currently, according to the International Committee for the Recovery of the Vaquita (CIRVA).

Vaquita is most often found close to shore in the Gulf of California's shallow water, but is easily frightened away by boats, according to the World Wildlife Federation (WWF).

A vaquita is recognized by a large dark ring around its eyes and dark patches on its lips, which form a line from its mouth to its pectoral fins. Its top is dark gray, brightening toward its stomach from pale gray to white with light gray markings.

Vaquita, or "sea cow" in Spanish, is the smallest of the cetaceans and generally grows up to 5 feet long and weighing up to 120 pounds.

Illegal fishing has been threatening the vaquita population since decades, according to National Geographic. The porpoise regularly drowns in gill nets meant for fishing shrimp, fish, and totoabas, which grows to similar proportions as the vaquita. Totoaba swim bladder is a delicacy in China and can fetch thousands of dollars on the black market.

Totoabas were declared endangered in 1975 and the Mexican government banned totoaba fishing. But because totoaba fishing is lucrative, easier, and less riskier than drug trafficking, it continues, posing a risk to vaquita that end up trapped in the same netting.

In 2016, President Barack Obama and Mexico President Enrique Peña Nieto announced bilateral measures to protect vaquita. A committee was established to further develop these measures and vaquita-safe fishing technologies, according to the WWF.

The committee is still developing these policies and technology though.

In the meantime, experts have urged the Mexican government to strongly enforce a ban on gill net fishing in the region that was enacted in 2015.

An effort was made in 2017 to save the vaquita in captivity, but both vaquita that were caught showed signs of stress and released. One of the females did not survive, leading to any efforts to capture and care for them being abandoned.

If current threats of illegal fishing continue in the Gulf, experts believe the vaquita will be extinct by 2021.