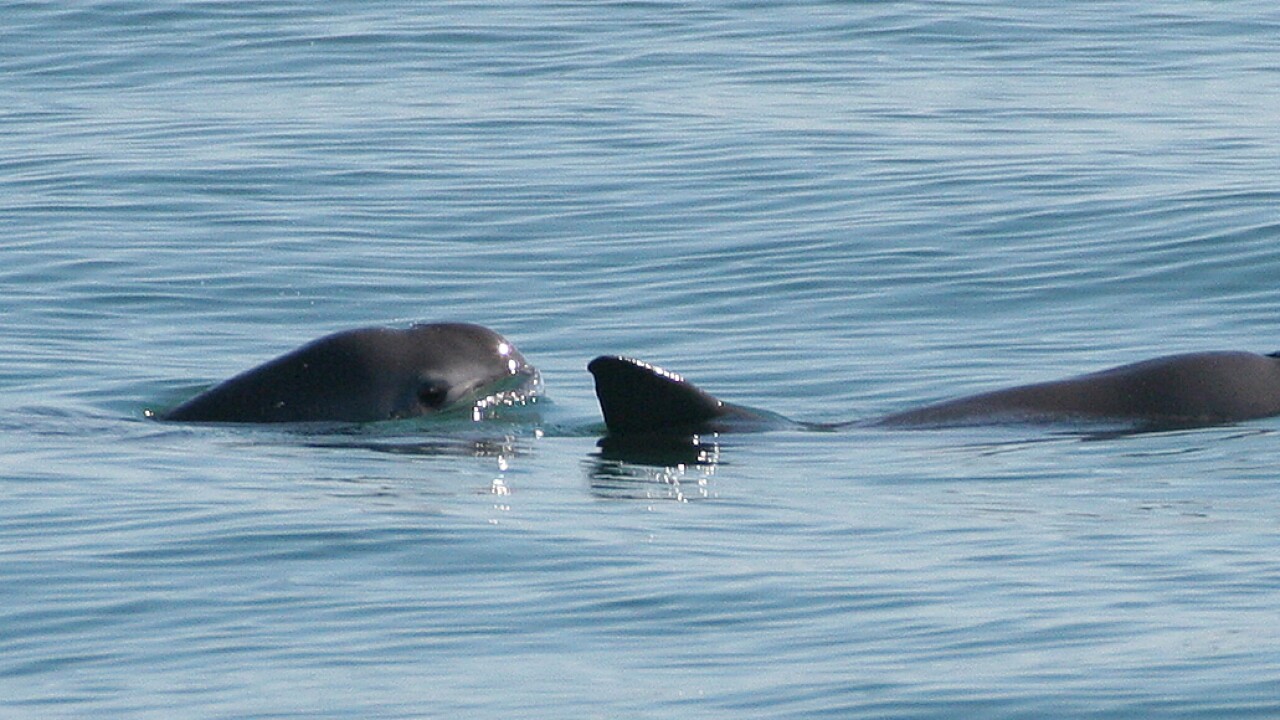 NOAA/Wikimedia Commons
Two vaquitas, photo taken under permit (Oficio No. DR/488/08) from the Secretaria de Medio Ambiente y Recursos Naturales (SEMARNAT), within a natural protected area subject to special management and decreed as such by the Mexican Government.

(KGTV) — The world's rarest marine mammal is on the brink of extinction.

Wildlife experts estimate that only about 10 Vaquita exist in the world. The porpoise lives in the northern Gulf of California, but is often caught and drowned in illegal fishing operations, according to the World Wildlife Federation.

The WWF says the case of the Vaquita's rapid decline represents the threats whales across the world face today.

FACING EXTINCTION: The world's smallest whale on the brink of extinction in the Sea of Cortez

And like vaquita and other whales, several animals, including gorillas, rhinos, and elephants, join them in the threats they face from humans and climate change.

Here's which animals are also on the WWF's critically endangered list: