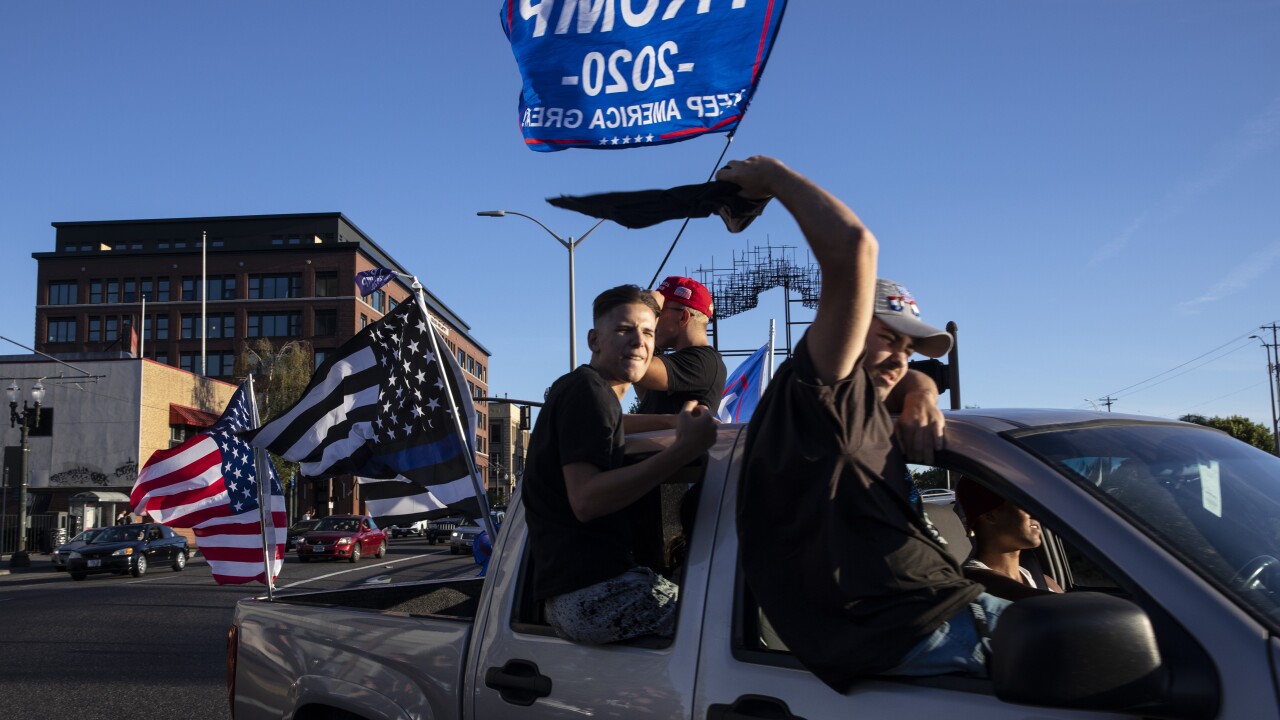 Copyright 2020 The Associated Press. All rights reserved
Paula Bronstein/AP
FILE-This Saturday, Aug. 29, 2020 file photo shows supporters of President Donald Trump attending a rally and car parade in Clackamas, Ore. Grassroots supporters for President Donald Trump have organized hundreds of boat, car and tractor parades across the nation to generate enthusiasm for his re-election campaign. Campaign strategists and analysts say the parades are a reflection of the president's populist appeal, but they have varying thoughts on whether they will impact the outcome. (AP Photo/Paula Bronstein, File )

President Donald Trump’s reelection campaign plans on holding rallies as part of their plan to challenge the results of the election, according to multiple reports.

Trump has not yet conceded in the presidential race, and lawsuits are still pending in at least two states.

Axios first reported the campaign planned on rallies being part of their post-election strategy. The large-scale rallies would be focused on the ongoing litigation and vote tally challenges.

A Trump campaign official told Fox News that there are no plans for the president himself to attend the post-election rallies. Instead, they “would be grassroots events similar to the boat parades, not presidential rallies.”

The campaign also plans on using obituaries of people who allegedly voted, but are actually dead, as evidence of voter fraud. Those obituaries and evidence have not been shared at this time.