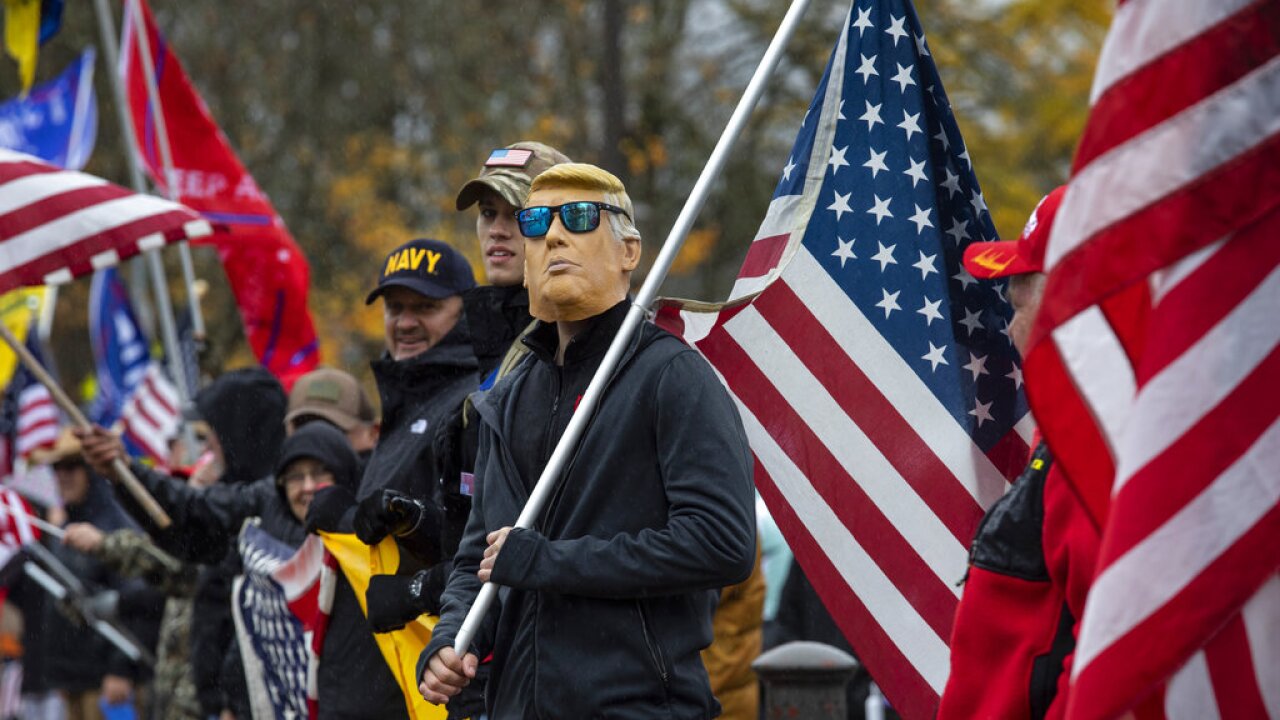 (Copyright 2020 The Associated Press. All rights reserved. This material may not be published, broadcast, rewritten or redistributed.)
Paula Bronstein/AP
Supporters of President Donald Trump attend a ' Stop The Steal ' rally at the Oregon State Capitol protesting the outcome of the election on Saturday, Nov. 14, 2020 in Salem, Ore. (AP Photo/Paula Bronstein)

POWAY (CNS) - The second of two San Diego area ``Stop the Steal'' rallies will be held today in Poway from 10 a.m. to 12:30 p.m. to support President Donald Trump's claims that the Nov. 3 presidential election was marked by fraud.

A similar rally was held Saturday at Waterford Park in San Diego to coincide with the ``Million MAGA March'' in Washington, D.C., and similar events nationwide.

``So much love of country and our president. 2000+ in attendance,'' Tony P. Krvaric, the volunteer chairman of the Republican Party of San Diego tweeted Saturday after driving by Waterford Park during the rally. ``Law enforcement was there but had little to do as everyone behaved. No looting or destruction. Imagine that. #MAGA is here to stay.''