Official fired by Trump continues to back integrity of 2020 election 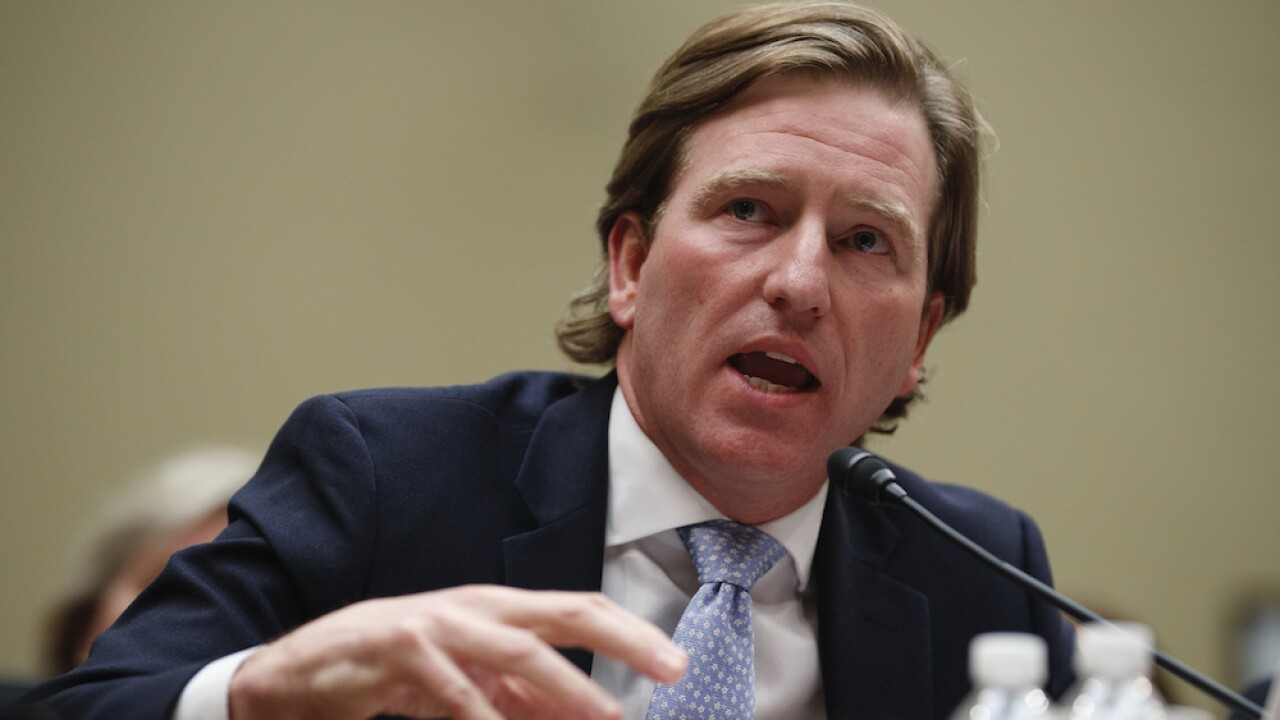 Christopher Krebs, the former head of the Cybersecurity and Infrastructure Security Agency (CISA) who was fired on Tuesday evening by President Donald Trump for asserting that the 2020 election was the "most secure in American history" is continuing to defend his agency's work.

Krebs, who has headed the CISA since the Trump administration established the agency in 2018, made headlines last week when his agency released a statement refuting Trump's claims that the 2020 election was beset by voter fraud. On Tuesday evening, Trump tweeted that Krebs had been "terminated" from his position, calling his statement "highly inaccurate."

In the hours since his firing, Krebs has continued to defend the integrity of the 2020 election on his personal Twitter account. Just moments after Trump's announced Krebs' firing, he tweeted that he felt his administration had "done it right."

"Honored to serve. We did it right. Defend Today, Secure Tomorrow. #Protect2020," he tweeted.

Honored to serve. We did it right. Defend Today, Secure Tomrorow. #Protect2020

"In defending democracy, do or do not, there is no try. This is the way," Krebs tweeted, referencing a quote from "The Empire Strikes Back."

In defending democracy, do or do not, there is no try. This is the way. #Protect2020 @HamillHimself @PedroPascal1 https://t.co/nhF4FrVqhT

Krebs also retweeted CNN anchor Jake Tapper, who pointed out that while Republican election officials in Pennsylvania and Georgia have defended the integrity of the election, most members of the party continue to give credence to Trump's unsubstantiated claims of widespread fraud.

GOP officials across the US are standing up for facts regarding the election — @Commish_Schmidt in PA and @GaSecofState and a handful of others — but they are few and far between and under attack from other Republicans. With most GOP officials sitting back and letting it happen.

Finally, Krebs retweeted video of a 2018 interview he conducted in which he explained how a foreign adversary could undermine Americans' confidence in the election process.

"The overall purpose of an election is to convince the loser they lost...so this peaceful transition of power [can occur]," Krebs said in the video. "The outcome of the adversary is to undermine our confidence in the process ... disproving a negative is really, really, really hard."

"The overall purpose of an election is to convince the loser they lost…so this peaceful transition of power [can occur]."

Thank you for serving, Chris. pic.twitter.com/G6j3ytN2uc

Krebs also updated his Twitter bio to let his followers know how he'll be spending his free time.

"Used to be the 1st Director @CISAgov. Now I'm going to reintroduce myself to my family, fire up the BGE, watch @UVa sports, and ride bikes," his bio reads.

Despite his continued allegations of widespread voter fraud in the 2020 election, Trump's allegations have yet to result in significant legal successes that could alter the outcome of the election.

On Tuesday, Pennsylvania's Supreme Court dismissed a suit as the Trump campaign claimed that campaign officials did not have "meaningful access" to observe the vote-counting in Philadelphia, saying that election officials followed state law.

Also, on Tuesday, election officials in Wayne County, Michigan — the state's largest county — chose unanimously to certify its results despite a push from Republican officials earlier in the day to stop certification.