'More Than a Vote' recruits 10,000 poll workers, former President Obama thanks them during Game 1 of NBA Finals 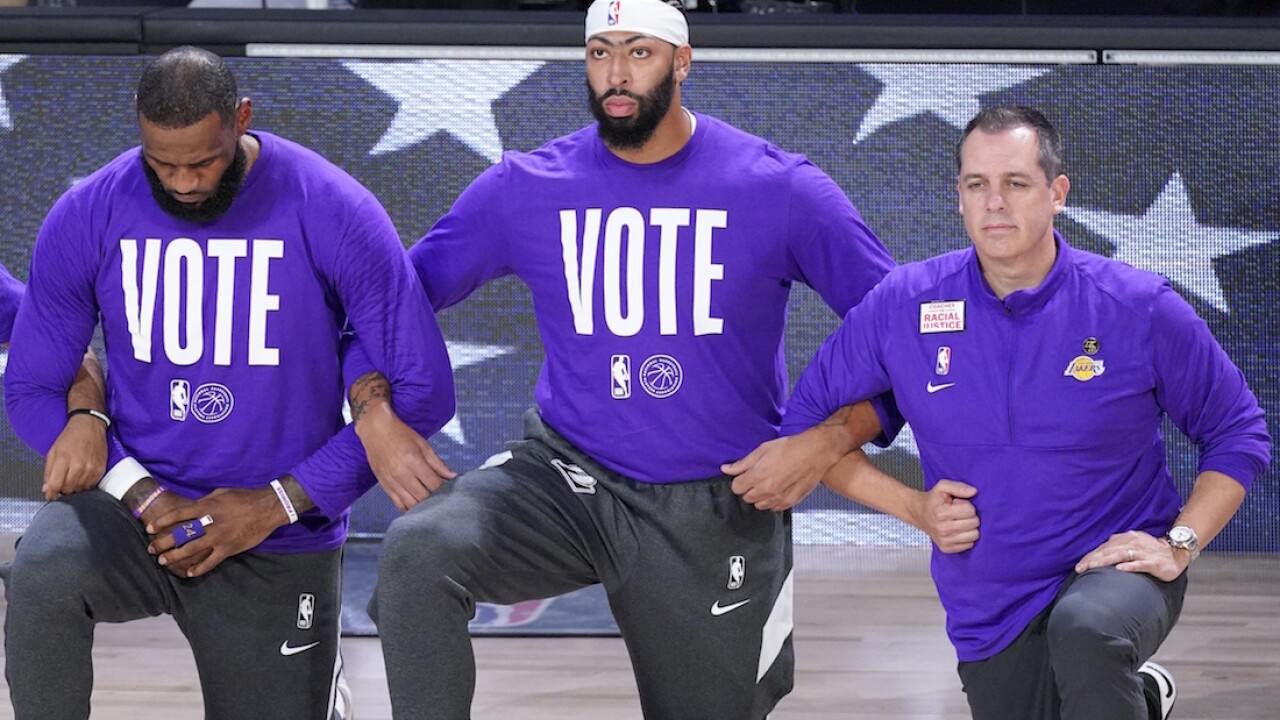 NBA superstar LeBron James-led's voting rights organization More Than a Vote announced that over 10,000 volunteers have signed up to work at polling stations on Election Day.

The NAACP Legal Defense and Educational Fund, who partnered up More Than a Vote, also announced the news.

The "We Got Next" poll worker recruitment effort -- a partnership of LDF and @morethanavote -- has reached a milestone, but there is more work to be done. Sign up to be a poll worker in your community today: https://t.co/rfVXJtDQLF pic.twitter.com/cCDCpKw5ad

The two nonprofits launched the We Got Next campaign less than two weeks ago due to our nation "facing a record shortage of poll workers this year due to the coronavirus," We Got Next said on its website.

To celebrate the milestone, the volunteers participated as virtual fans during Game 1 of the NBA Finals between the Miami Heat and the Los Angeles Lakers, the NBA said. And as a surprise, former President Barack Obama and former NBA legends Shaquille O'Neal and Kareem Abdul-Jabaar joined the virtual fans to thank them.

ICYMI – @BarackObama joined a group of NBA Champions and first-time poll workers from @MoreThanAVote during #NBAFinals Game 1 to highlight the importance of voting. Don’t wait, make your voting plan and sign up to work the polls today at https://t.co/RzbxxkFmLa pic.twitter.com/lFQLfcuEG3

In a video posted on social media, Obama wanted to thank the volunteers and let them know he appreciated them.

"It can be a thankless job. It's not one of those things you think about, but it is absolutely vital for democracy, and I appreciate you," the former President said in the video. "And hopefully all NBA fans will appreciate you when they see those shorter lines at the polling places. Democracy doesn't work if just a few people do it. That's like playing with half the team, but it's only that way if people aren't participating. If people get involved, then we get the best of us. And that's what I'm hoping is going to happen."