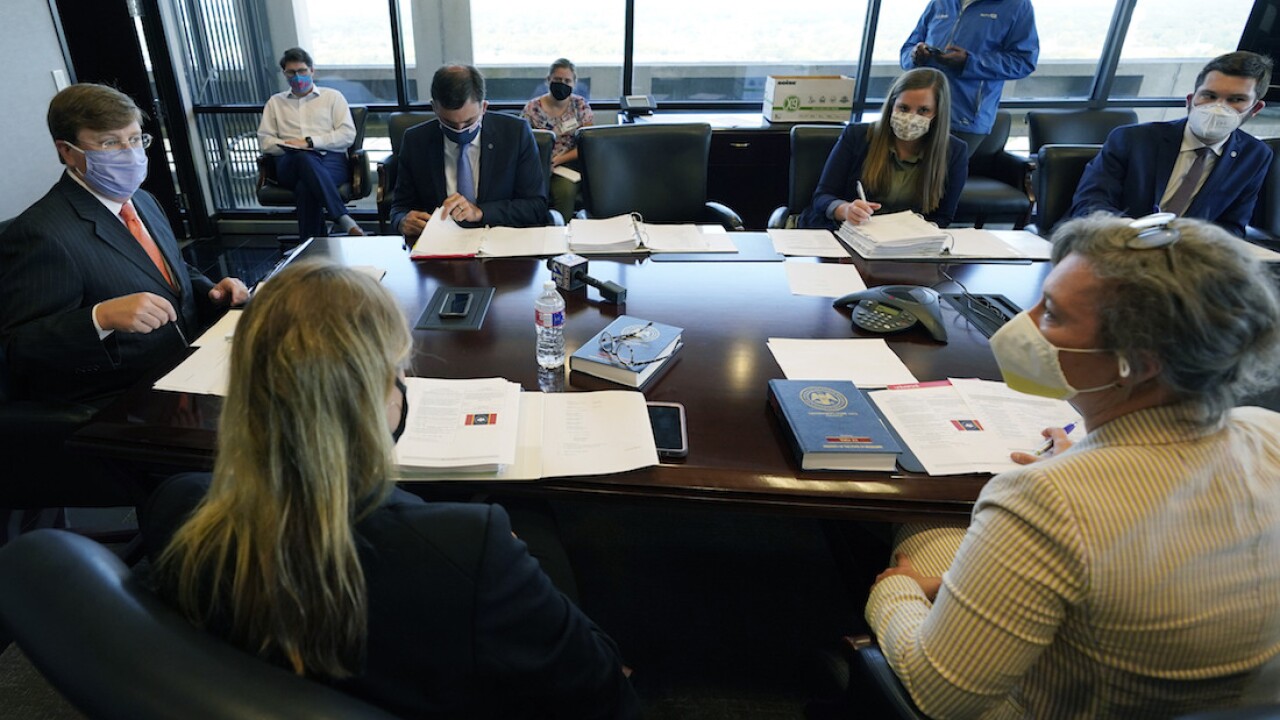 Copyright 2020. The Associated Press. All rights reserved
Rogelio V. Solis/AP
Mississippi Gov. Tate Reeves, left, speaks during a meeting of the State Board of Election Commissioners, Tuesday, Sept. 8, 2020, in Jackson, Miss. Kanye West will appear as a presidential candidate on Mississippi's ballot in November, after being approved as a qualified candidate by the commission on Tuesday. (AP Photo/Rogelio V. Solis)

JACKSON, Miss. (AP) — Kanye West will appear as a presidential candidate on Mississippi's ballot in November, after being approved as a qualified candidate by the State Board of Election Commissioners.

The rapper has already qualified to appear on the ballot as an independent candidate in several states, including Arkansas, Idaho, Iowa, Tennessee, Oklahoma, and Utah.

He filed to appear on the ballot in Kentucky on Friday.

To qualify in Mississippi, he was required to pay a $2,500 fee to the Secretary of State's Office and get the signatures of at least 1,000 Mississippi voters.

West, who once backed Republican President Donald Trump, announced last month that he had broken with Trump and would launch his own presidential bid.

His campaign filed paperwork on July 15 with the Federal Election Commission.