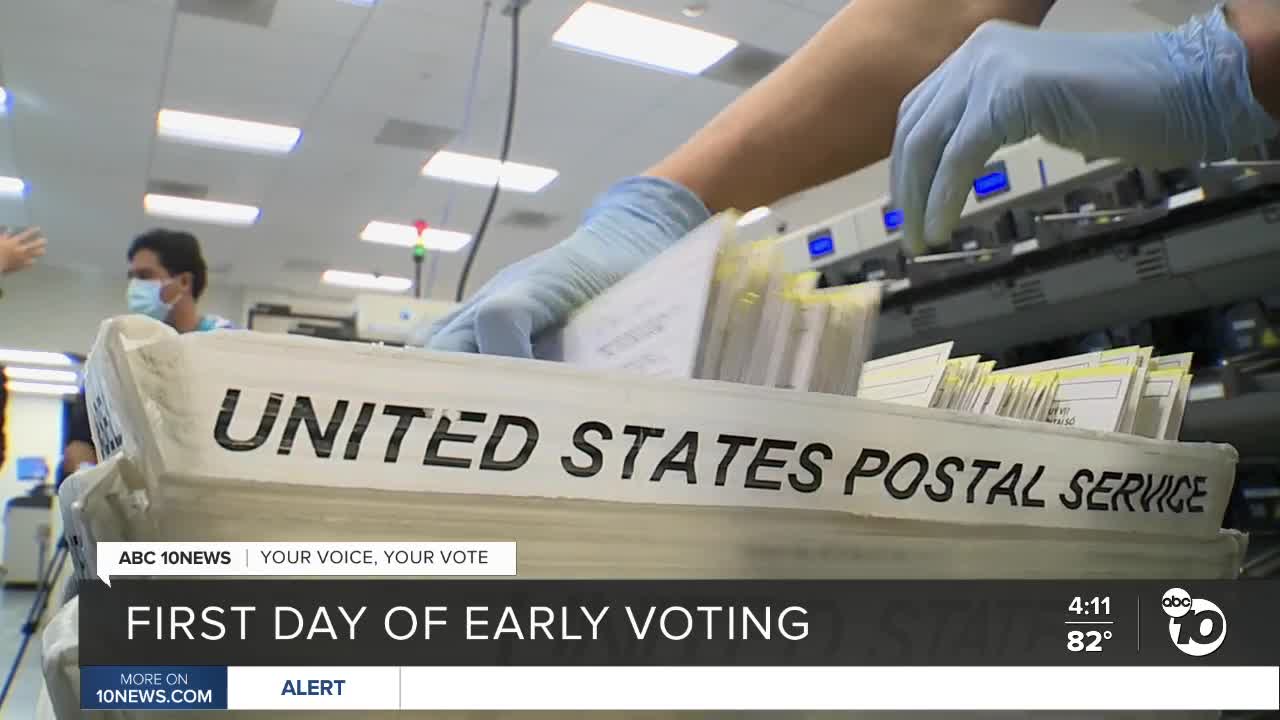 Starting Monday, San Diego County residents will be able to cast their ballots early for the Nov. 3 election. 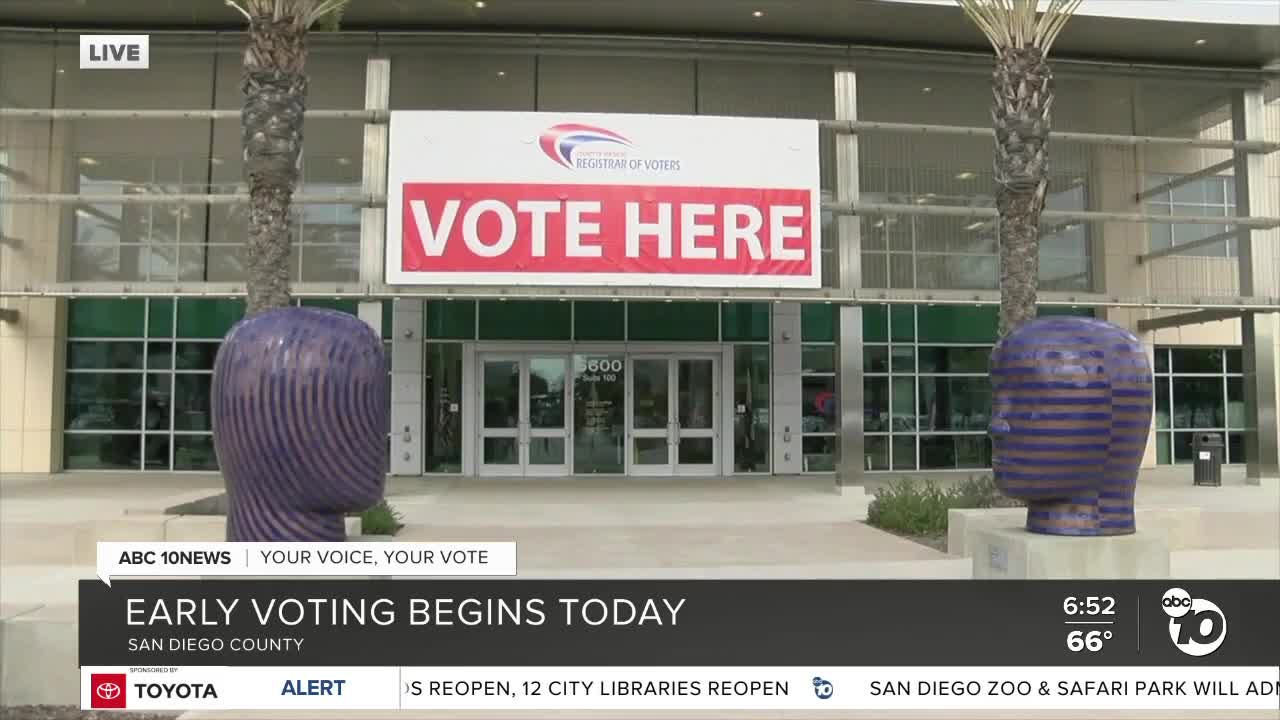 The San Diego County Registrar of Voters office in Kearny Mesa, located at 5600 Overland Ave., will be open from 8 a.m.-5 p.m. to allow San Diegans to vote early.

Due to coronavirus-related health and safety restrictions, voters must wear a mask and practice social distancing. Because of the limited number people being allowed in the building, officials are informing voters they may have to wait in line for extended periods.

ELECTION 2020 GUIDE: Key dates/deadlines, what to know about what's in your ballot

The first two people that stood in line at the Registrar of Voters on Monday morning were Michael Milburn and Paul Sisco. Both voters believe this upcoming election is too important to sit out, and they didn’t feel comfortable mailing in their ballots.

“I think this is the most important election in my lifetime. There’s going to be a lot of changes in the next year or two,” Milburn told ABC 10News.

Sisco added, “I had to come and vote. To be honest, I felt bad I didn’t start voting until Obama came into office. I should have been voting even back then.”

Both decided to come early concerned about having to wait in long lines which election officials want people to be mindful of. Officials believe this election will bring out the county’s highest voter turnout to date.

The San Diego County Democratic Party came to the Registrar of Voters to promote early voting, saying it will speed up the results.

Will Rodriguez-Kennedy, the Chair of the San Diego Democratic Party, said, “If you want to have the count and not be waiting election night … The more people that vote early the better for everyone, the results will come in sooner.”

In a statement sent to ABC 10News, the county’s Republican Party said they are “encouraging Republicans to vote early.”

Meanwhile, officials said ballots are being mailed out on Monday to the 1.9 million registered voters in San Diego County.

This summer, citing restrictions brought on by the COVID-19 pandemic, state officials said all registered California voters would receive mail-in ballots. Completed mail-in ballots can be mailed back without postage or dropped off at specific locations starting Tuesday, Oct. 6, through the Nov. 3 election.

Drop-off locations for mail-in ballots can be found at https://www.sdvote.com/content/dam/rov/en/pdf/Mail_Ballot_Drop_Off_Locations.pdf.