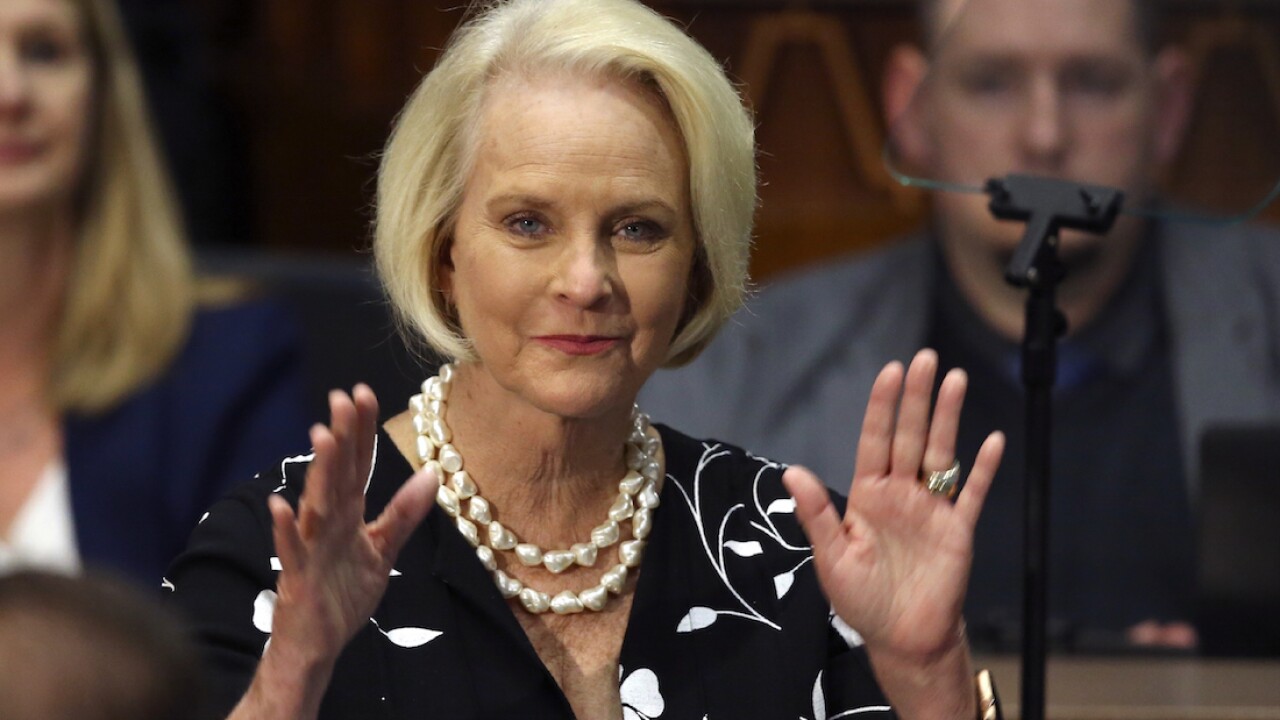 Copyright 2020 The Associated Press. All rights reserved
Ross D. Franklin/AP
Cindy McCain, wife of former Arizona Sen. John McCain, waves to the crowd after being acknowledged by Arizona Republican Gov. Doug Ducey during his State of the State address on the opening day of the legislative session at the Capitol, Monday, Jan. 13, 2020, in Phoenix. (AP Photo/Ross D. Franklin)

PHOENIX (AP) — Cindy McCain will advise Democrat Joe Biden's presidential transition team as it prepares for the former vice president to take office if he wins in November.

Biden's transition team announced Monday that McCain will be the second Republican on the 16-member advisory board.

"Joe and I don't always agree on the issues, and I know he and John certainly had some passionate arguments, but he is a good and honest man," McCain tweeted. "He will lead us with dignity."

McCain is the widow of former Republican senator and 2008 presidential nominee John McCain.

Biden's transition team is preparing for a smooth transfer of power should Biden win the presidency.

The teams typically line up candidates for key appointments and prepare to implement policies early in the new president's administration.