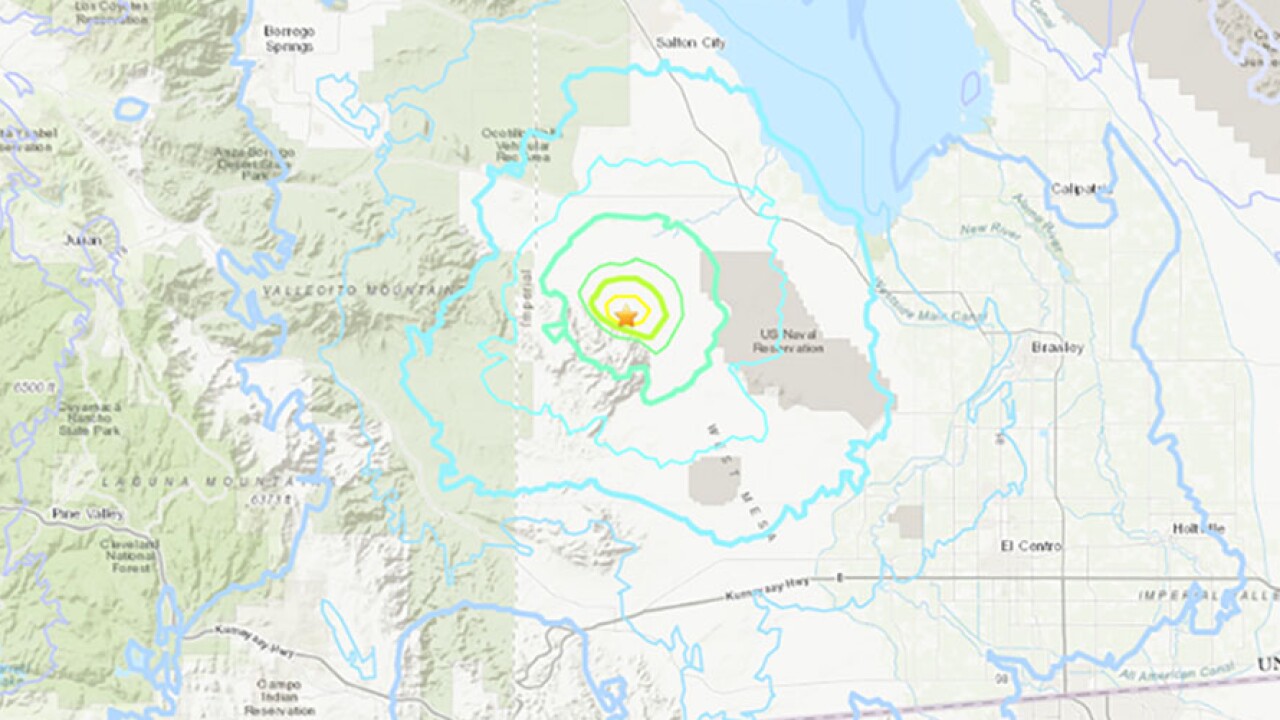 The quakestruck at 5:48 a.m. at a depth of slightly under 7 miles, its epicenter around 12 miles southeast of Ocotillo Wells, an unincorporated community a few miles west of the Imperial County line, according to a computer- generated USGS report

Residents in Boulevard, Lakeside and Campo reported feeling the quake.

There is no immediate word on any damage caused by the temblor.