Drug lord who changed his face testifies against El Chapo 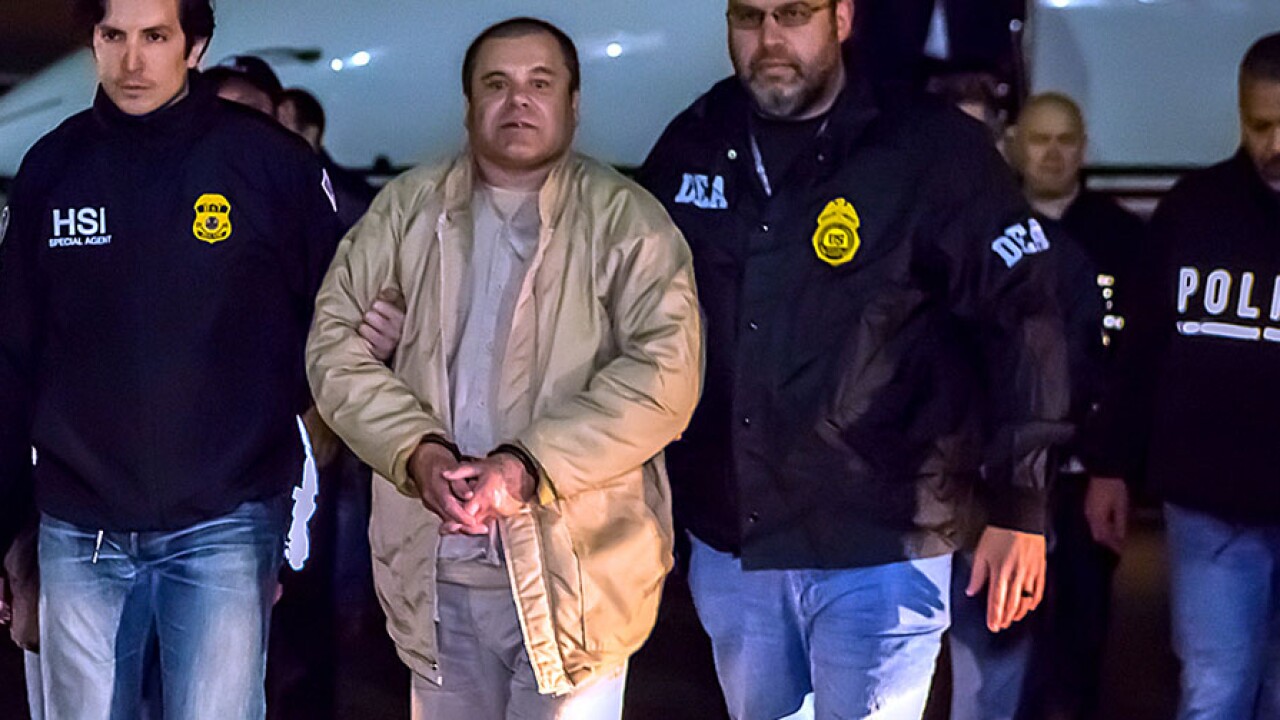 Asked about his distorted facial features, Juan Carlos Ramirez Abadia explained that he had undergone at least three surgeries that altered "my jawbone, my cheekbones, my eyes, my mouth, my ears, my nose."

Ramirez Abadia told the jury that he bribed authorities in Colombia to destroy any criminal records naming him to better stay ahead of the law while he was overseeing the Norte del Valle cartel.

In a 20-year career, the witness estimated, he smuggled 400,000 kilos, ordered 150 killings and amassed a fortune so large that he forfeited $1 billion after his arrest in Brazil in 2007.

Ramirez Abadia was extradited to the United States, where he pleaded guilty to murder and drug charges and agreed to become a government witness in major narcotics prosecutions like Guzman's. He was the third former drug dealer to testify so far at the trial in federal court in Brooklyn, where Guzman has pleaded not guilty to conspiracy and other charges.

On Thursday, Ramirez Abadia described a meeting at a hotel in Mexico in the early 1990s where he struck a deal with Guzman whereby the Colombian cartel would fly his cocaine into Mexico for the Sinaloa cartel to smuggle it into Los Angeles and New York City, the witness said.

When Guzman asked for the purest product possible, Ramirez Abadia was happy to oblige because he wanted "a reputation for myself for my cocaine being so good," he said.

Guzman also demanded a bigger cut of the proceeds than other Mexican kingpins because his network was so efficient at getting it across the border.

After Ramirez Abadia relocated to Brazil and redid his face, he looked so different that drug investigators were forced to use voice recognition technology to make the positive identification needed for a search warrant, his lawyer said after his capture. He was found in a luxurious home with a gym, sauna, swimming pool and nearly $1 million in stashed cash.