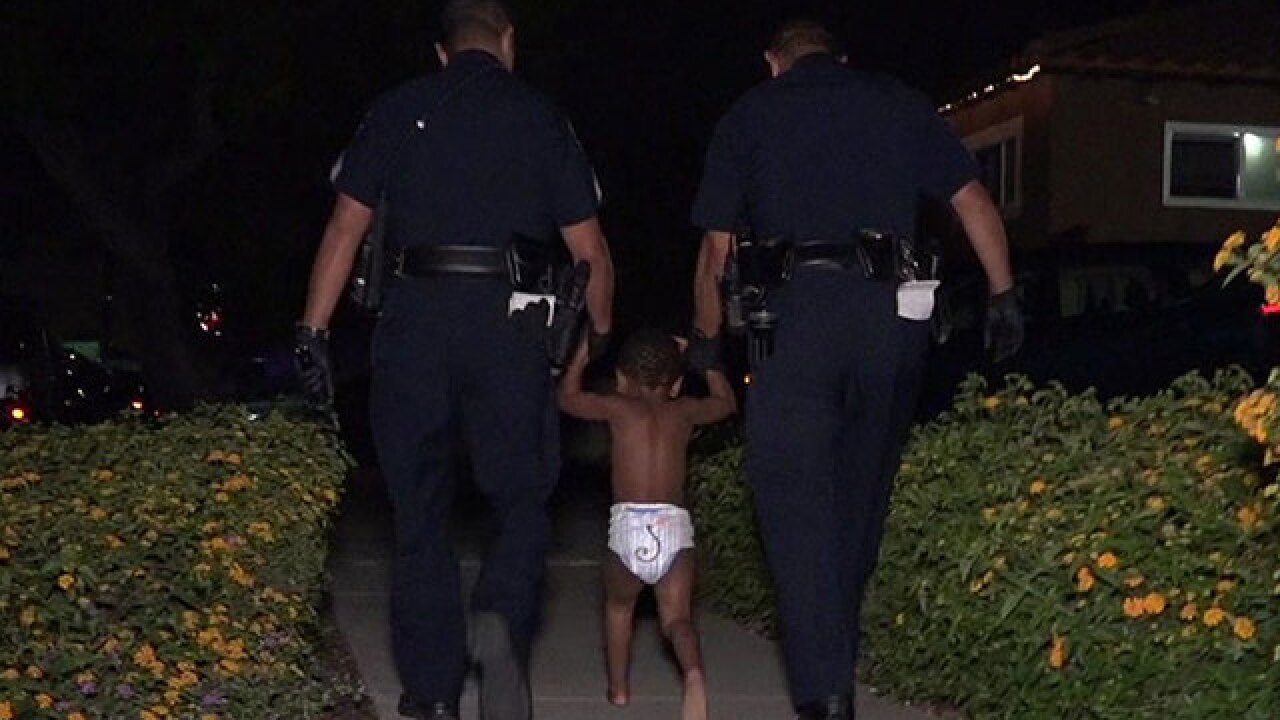 SAN DIEGO (KGTV) - A toddler spotted walking by himself in Normal Heights early Wednesday morning was reunited with his mother with the help of a passerby and police officers.

According to San Diego police, a man driving on Meade Avenue saw the 2-year-old boy -- wearing just a diaper -- walking in front of a liquor store at the corner of 36th Street.

The man stopped to help the little boy and called 911.

RELATED: Steps to keep your child from wandering away

Police arrived, and officers spent the next 30 minutes walking with the boy down several nearby streets in hopes of finding his home.

Officers were set to take him to the Polinsky Childrens Center when his mother called 911 to report him missing.

Mother and son were reunited a short time later.

Police said the boy's mother simply fell asleep and the child wandered away.

No charges are expected.