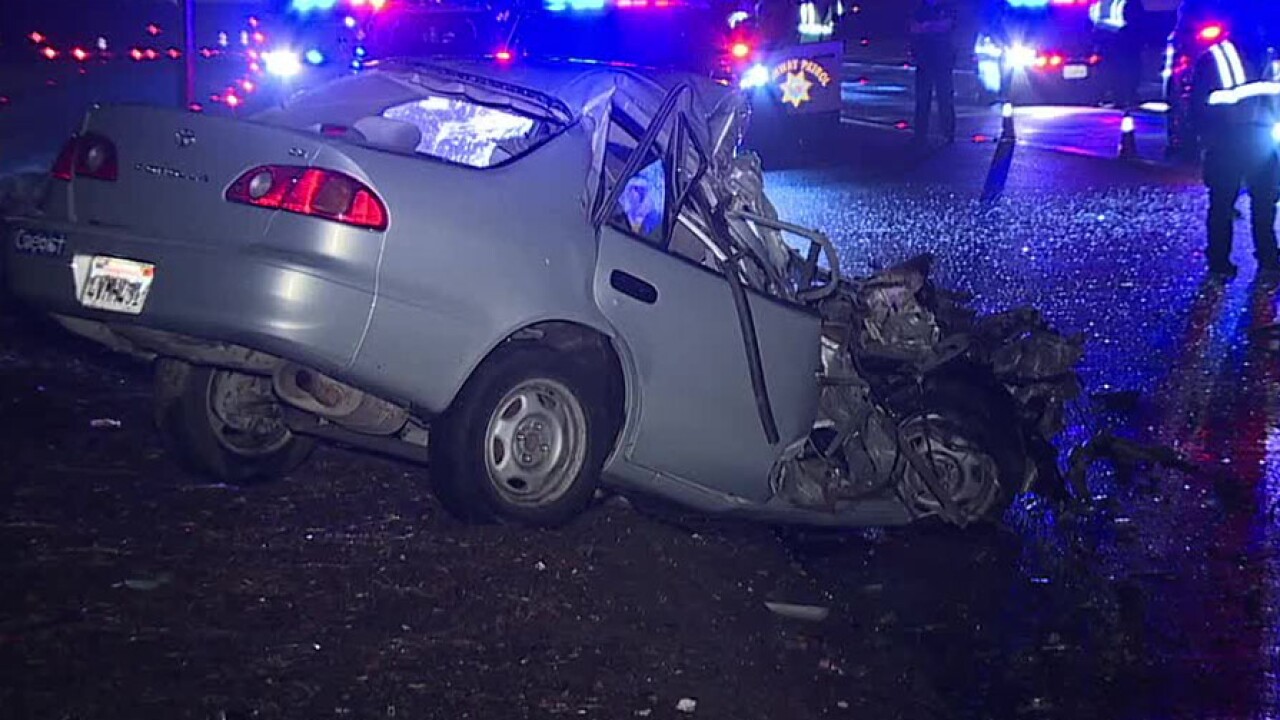 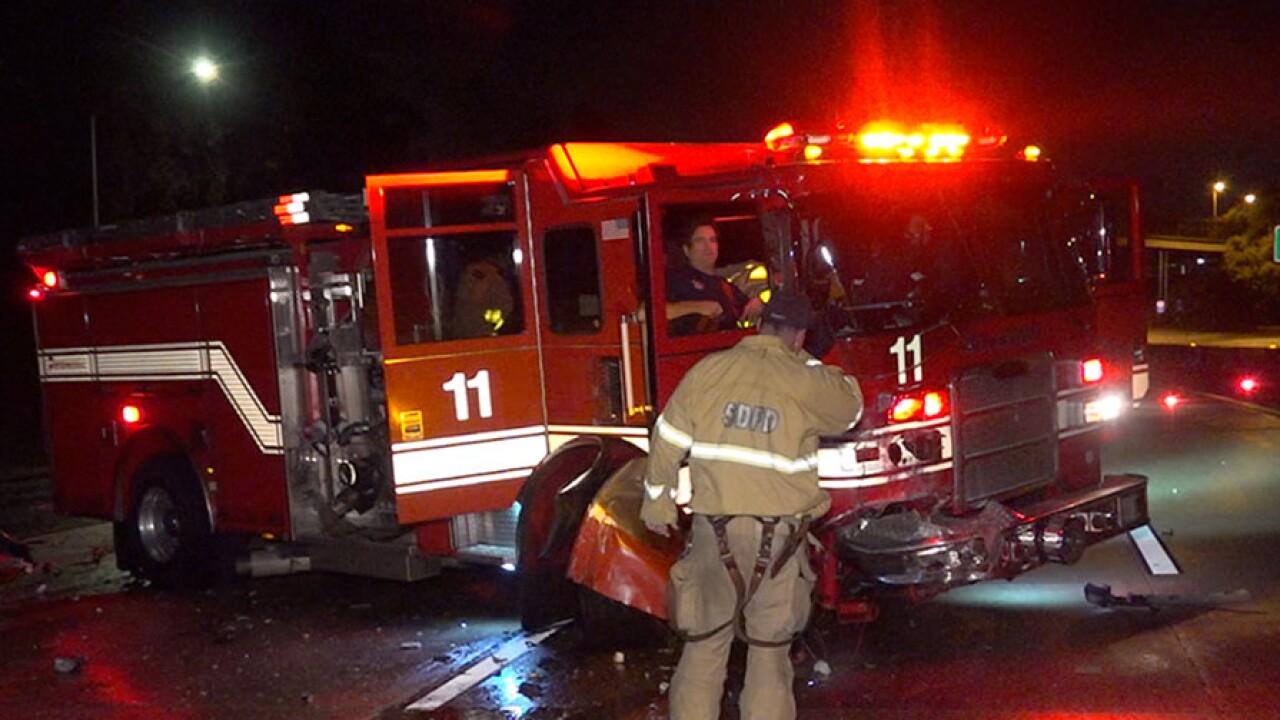 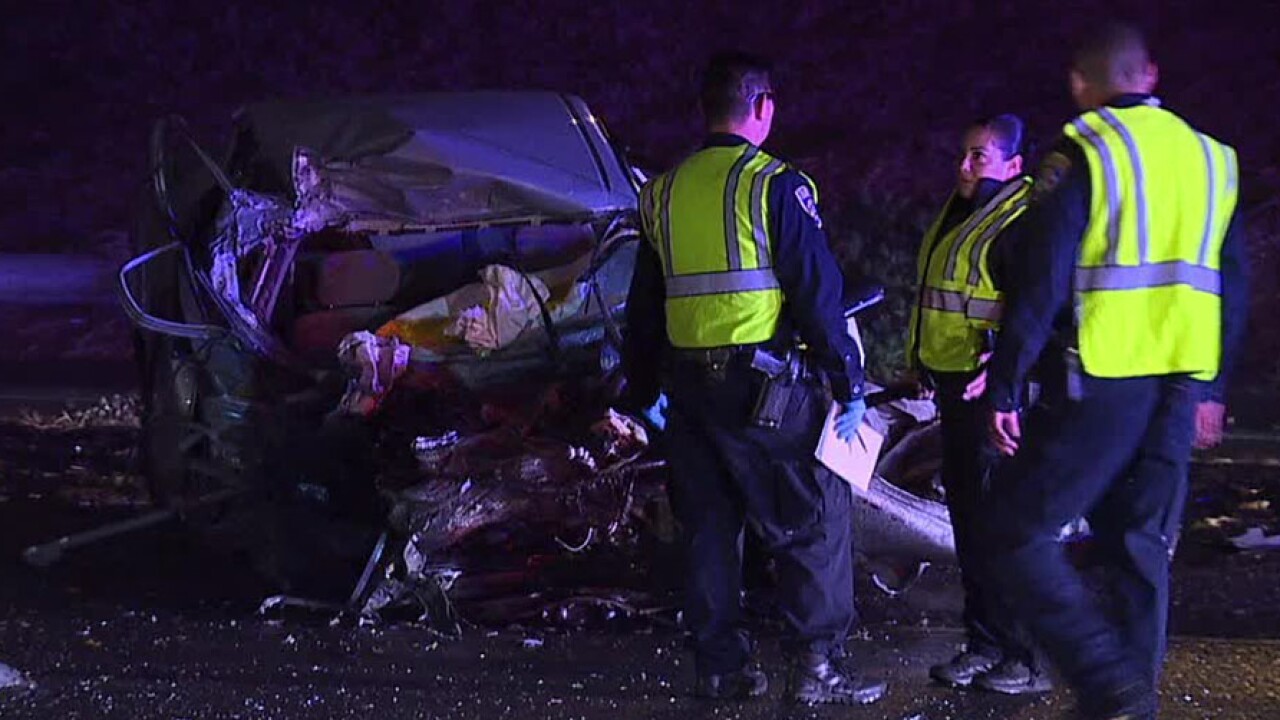 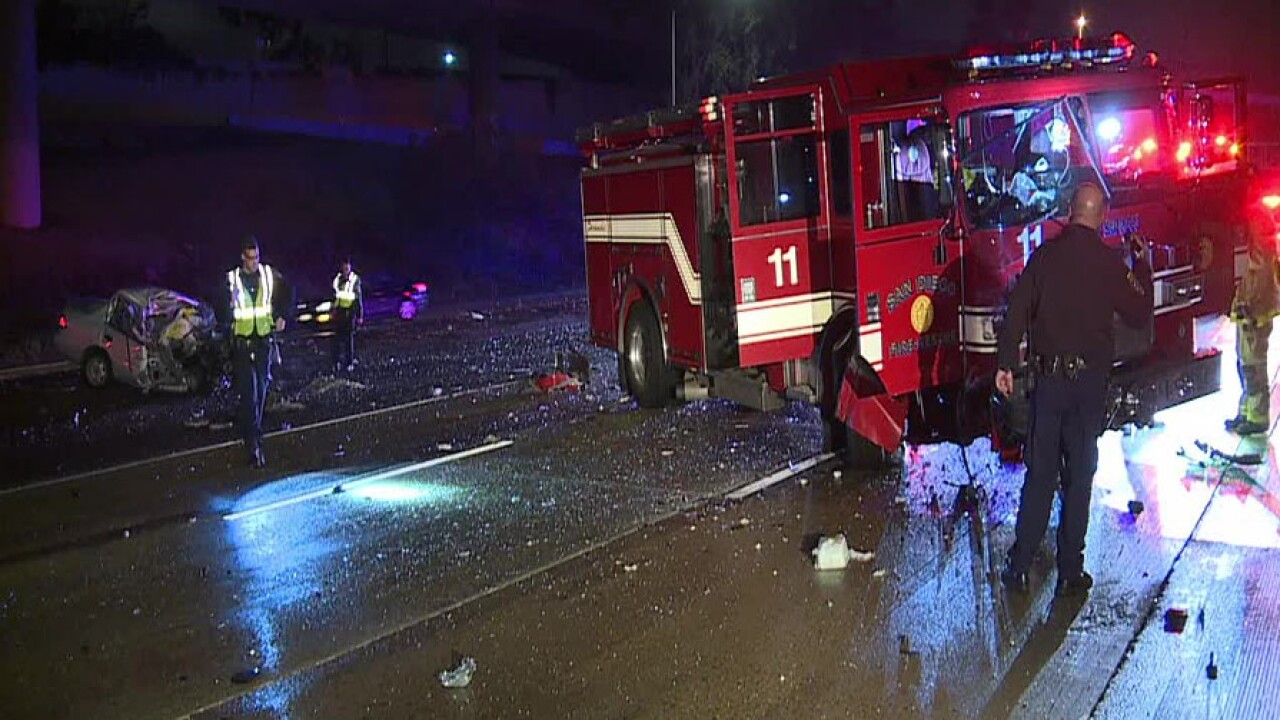 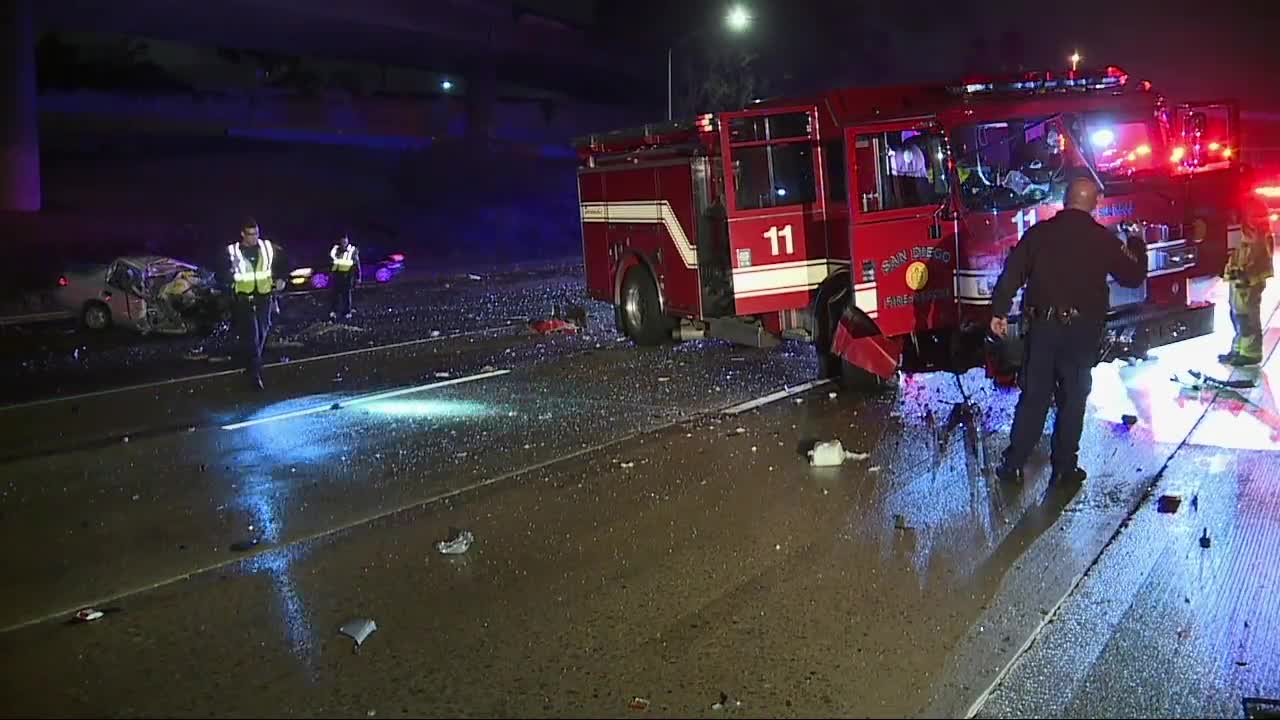 SAN DIEGO (KGTV) - A wrong-way driver was killed Friday morning after colliding head-on with a San Diego Fire-Rescue engine that was responding to a hit-and-run in Sherman Heights.

At about 2 a.m., SDFRD Engine 11 was on its way to a hit-and-run collision involving a pedestrian on southbound Interstate 5 near Imperial Avenue when the incident occurred.

10News learned a California Highway Patrol officer who had blocked freeway lanes near the collision area reported a Toyota Corolla made a U-turn in the backed up traffic and began traveling northbound on the southbound I-5 lanes, presumably to avoid the closure and backup.

A short time later, the Corolla struck the responding fire engine on southbound I-5 at SR-94, and the impact instantly killed the unidentified driver and destroyed the Toyota.

Four emergency responders in the fire engine suffered minor injuries in the crash and were taken to the hospital. They have since been released.

Information on the vehicle involved in the hit-and-run was not immediately released.

CHP officials told 10News the hit-and-run victim was taken to Scripps Mercy Hospital for treatment and is expected to survive his injuries.

CHP officials haven't determined why the man was on the freeway lanes.

The collision forced the closure of southbound I-5 lanes at SR-94, but lanes were reopened by 5:30 a.m.