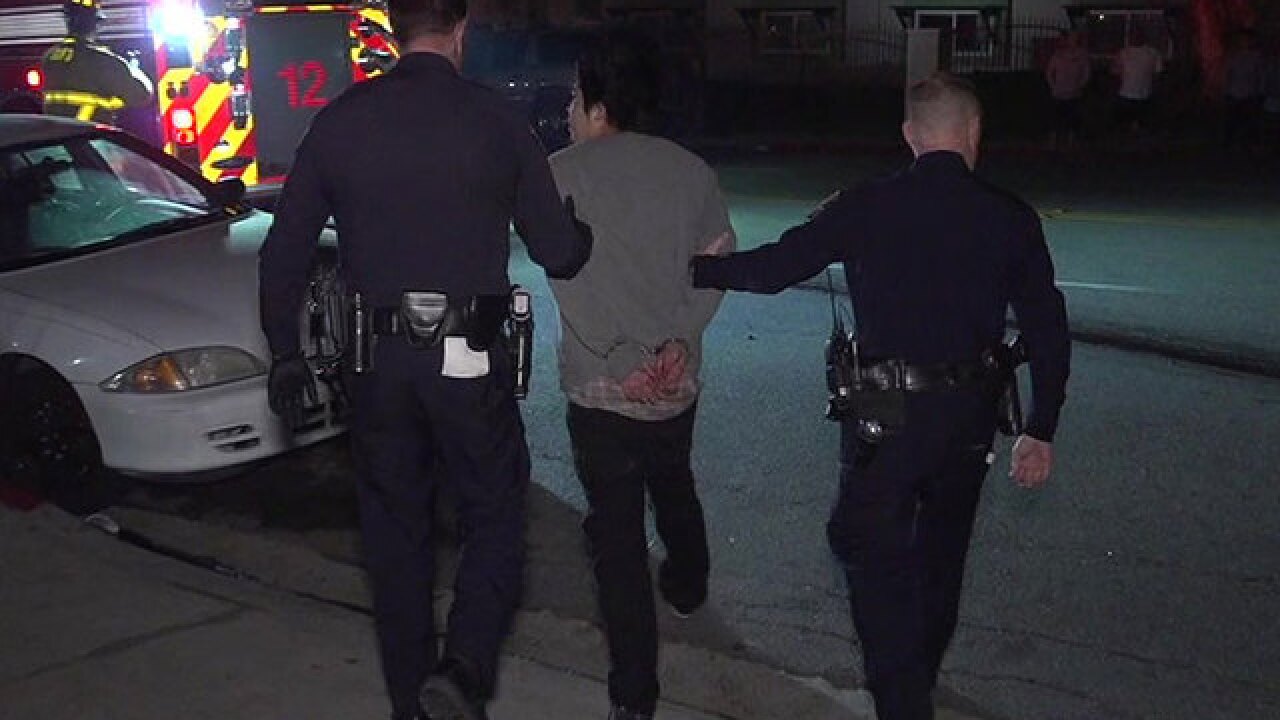 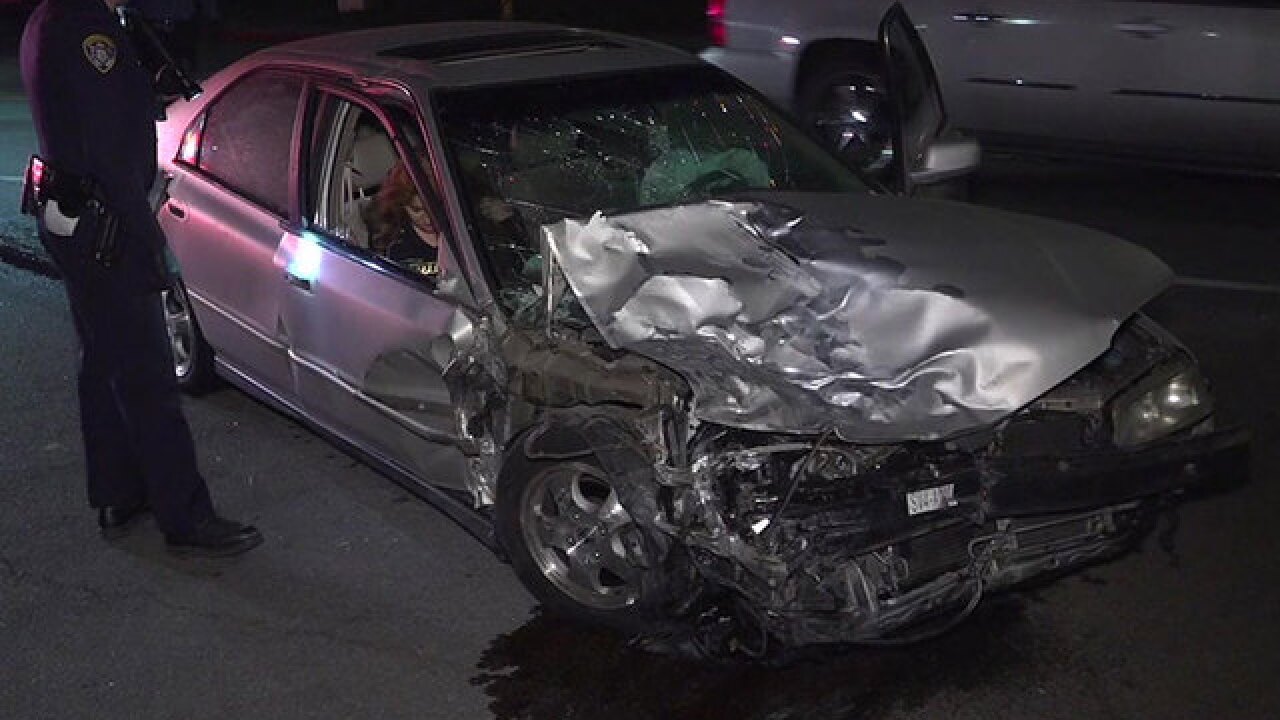 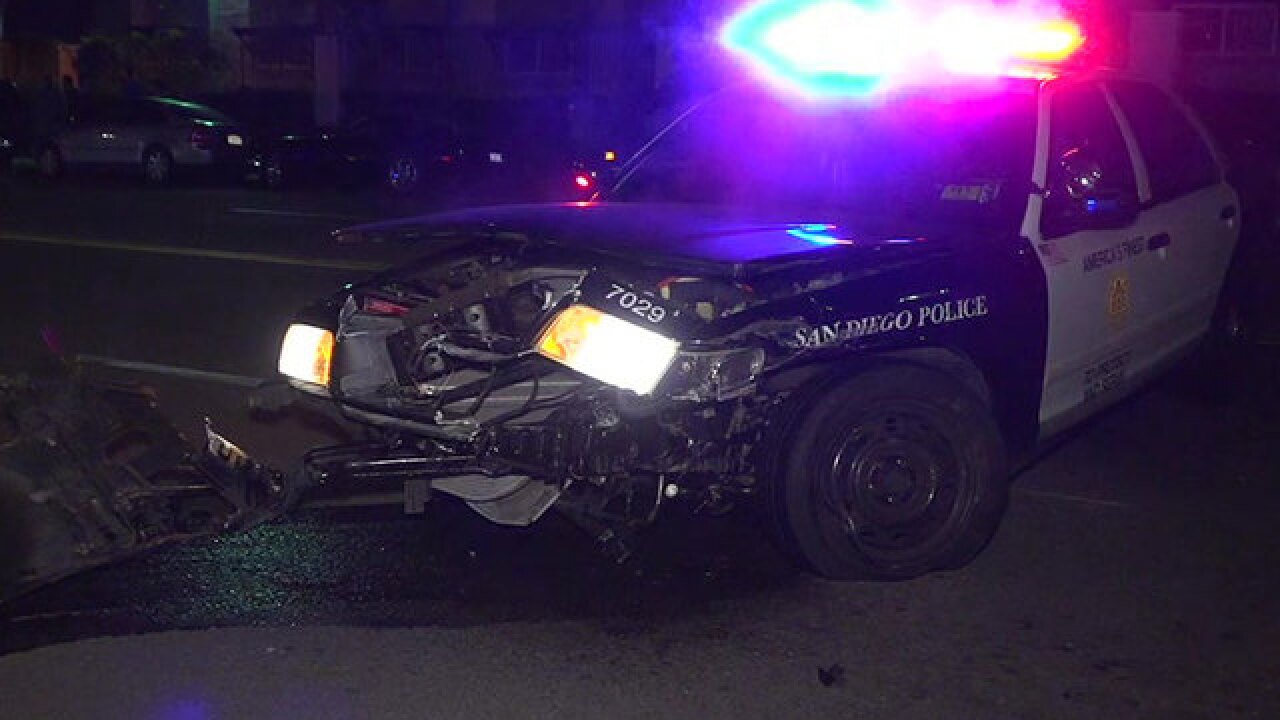 SAN DIEGO (KGTV) - A driver was arrested early Monday morning after police said he crashed his car into a San Diego police cruiser and then tried to flee the scene.

Police said the collision happened at around 12:35 a.m. in the 5000 block of Logan Avenue in Lincoln Park.

Police in the area spotted a silver car traveling at a high rate of speed on Logan Avenue from 47th Street and attempted to pull the vehicle over. However, witnesses said the silver car made a U-turn and slammed directly into a pursuing cruiser, sending it spinning.

10News learned the officer driving the cruiser was taken to the hospital with minor injuries.

According to witnesses, the silver car's driver ran from the wreckage, leaving his girlfriend behind, but was quickly apprehended by officers. The driver yelled at officers as he was placed inside a squad car. After trying to kick out the rear window, he was removed, hog-tied by officers and then put back into the cruiser.

Meanwhile, the driver's girlfriend was trapped in the wrecked car until firefighters used the Jaws of Life to free her. She argued with authorities before she was taken to the hospital with minor injuries.

Police believe the driver was under the influence of alcohol at the time, but they will not be able to confirm his state until he is processed in jail.