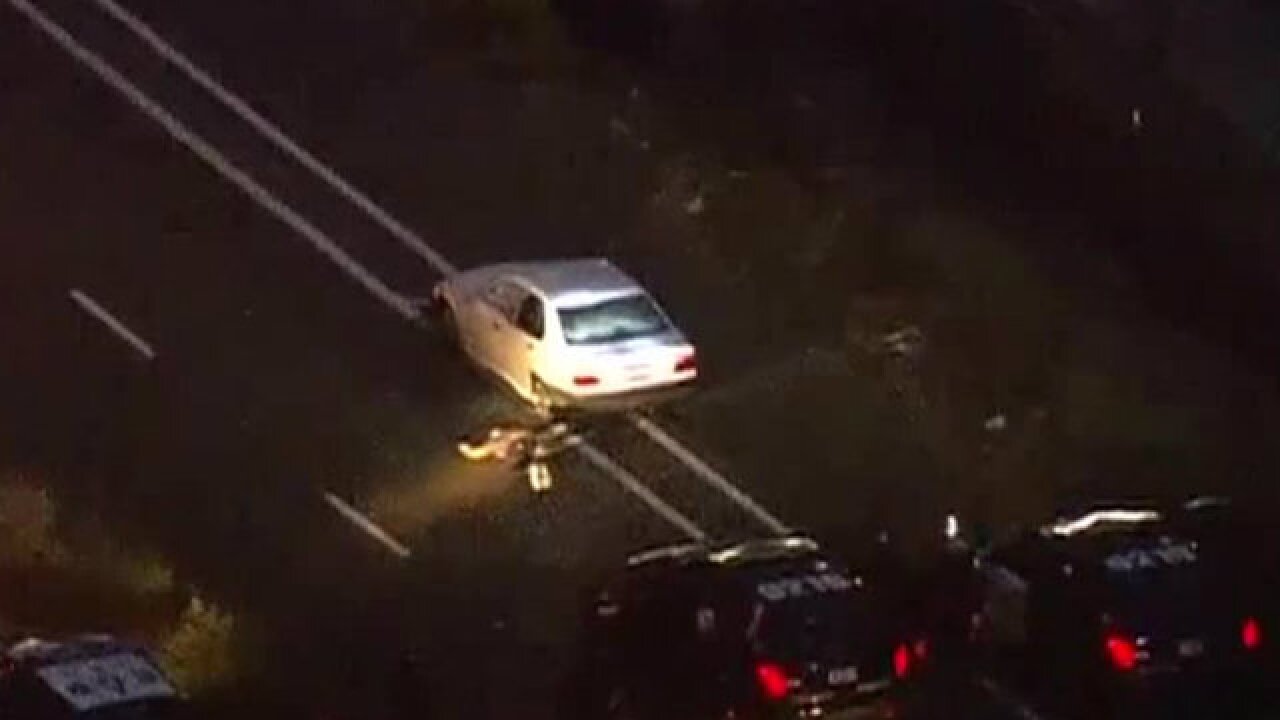 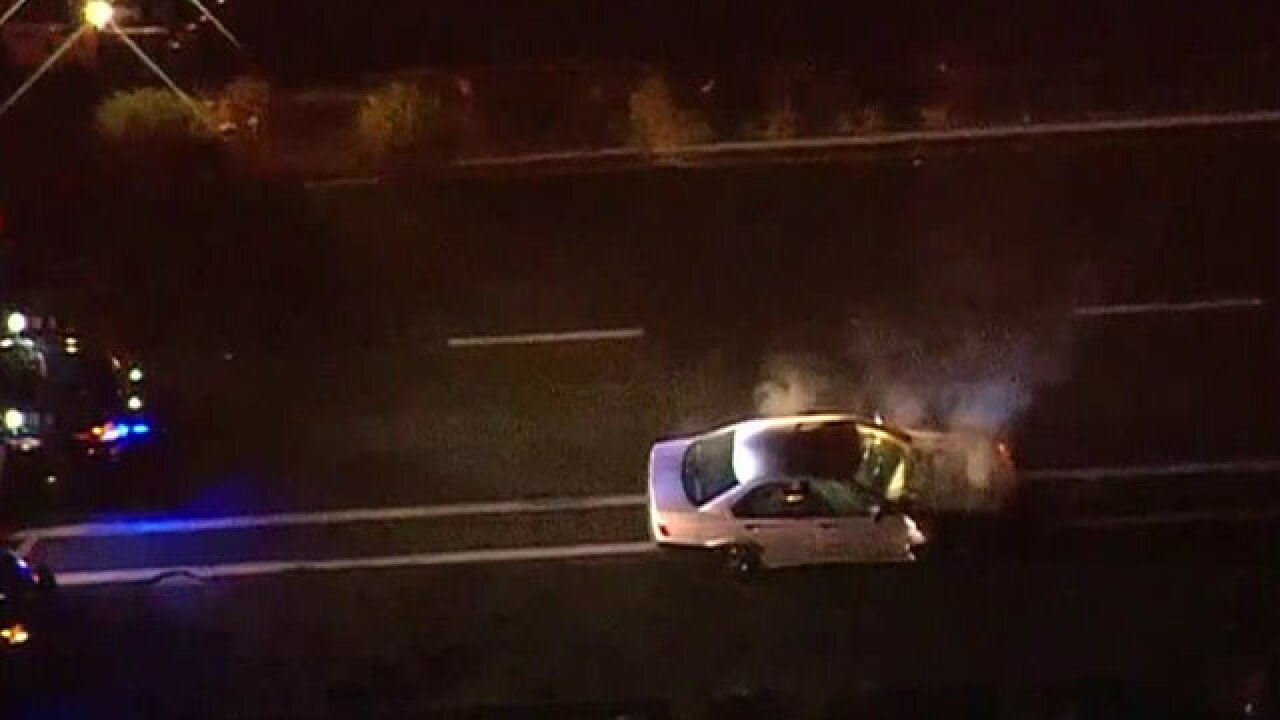 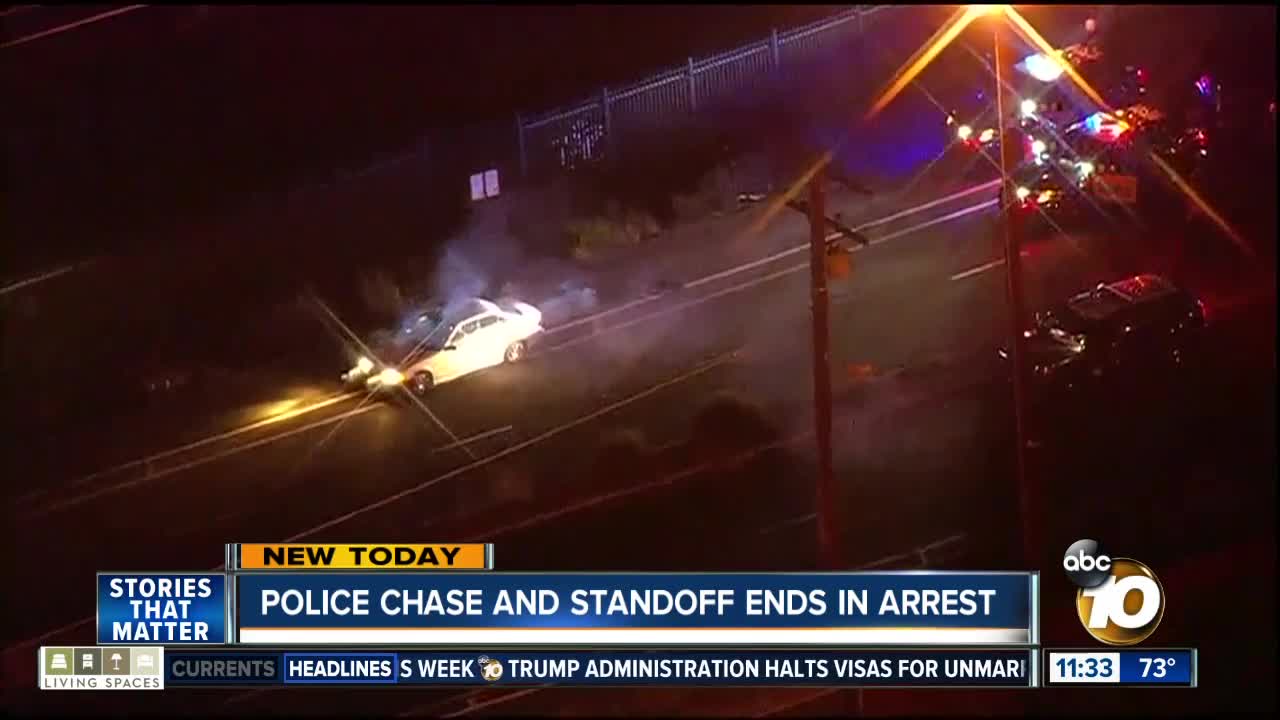 SAN DIEGO (KGTV) - A man was arrested after authorities said he rammed his car into a Harbor Police cruiser and led a chase in the downtown area Tuesday morning.

10News learned Harbor Police spotted a car and attempted to pull the vehicle over on Shelter Island due to erratic driving and a registration issue just after 5:30 a.m. However, the driver struck a patrol car and sped away.

Harbor Police Sgt. Victor Banuelos told 10News an officer dove out of the way to avoid being struck by the car. That officer was taken to the hospital out of an abundance of caution but is expected to be OK.

Harbor PD officers and San Diego police pursued the older white BMW M3 on Harbor Drive before it ran over spike strips and came to a stop in the 1200 block of Harbor Drive, near Cesar Chavez Parkway.

Officers surrounded the disabled vehicle as smoke came from the hood. At one point, officers shot pepper balls at the car when the driver refused to come out.

At about 6:30 a.m., the driver exited the car and lay on the ground for officers to take him into custody. He was arrested on suspicion of assault with a deadly weapon and felony evasion.

10News learned the driver, later identified as 32-year-old Andrew Dwight Sigsbee, has at least 11 prior convictions. One of his convictions is a 2012 police pursuit in the La Mesa area.

Police believe the BMW driven by Sigsbee may have been stolen.