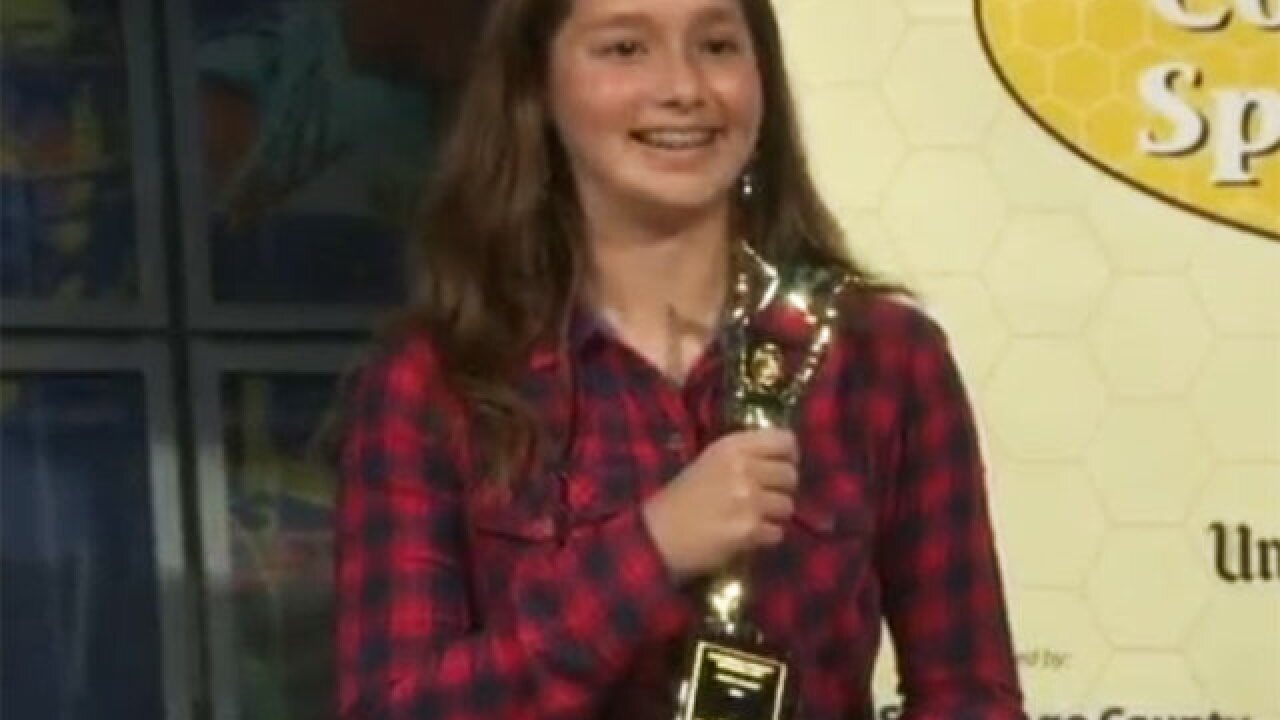 In the midst of "flu season," it was the word "phlegm" that won the 47th annual San Diego Union-Tribune Countywide Spelling Bee Tuesday at the San Diego Hall of Champions in Balboa Park.

Ella Peters, a seventh-grader at Notre Dame Academy in Carmel Valley beat more than 100 other middle school-ages students when she correctly spelled the word for the thick mucus secreted in the respiratory passages.

Ella Peters from Notre Dame Academy won the @sdut @sdccu #SDbee. She competes in the national competition in May ?? pic.twitter.com/Jlt3a3Y6Eq

"The spelling bee is one of the most time-honored of all academic competitions," said Nicole Shina, who coordinates the event for the San Diego County Office of Education. "It's a nice reminder that even in a world where we're all texting and tweeting, spelling is important."

David Hay, an adjunct research associate teaching Shakespeare and dramatic literature at the University of San Diego, served as the "bee master" for the 35th and final year.