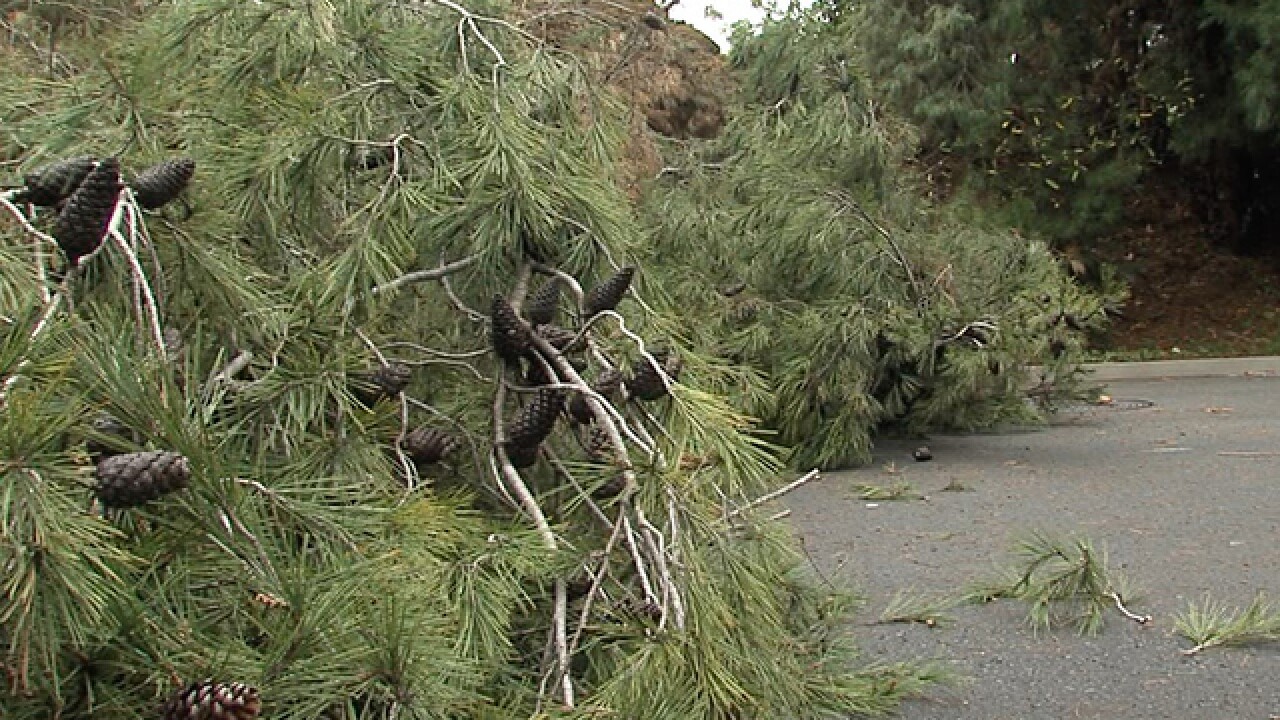 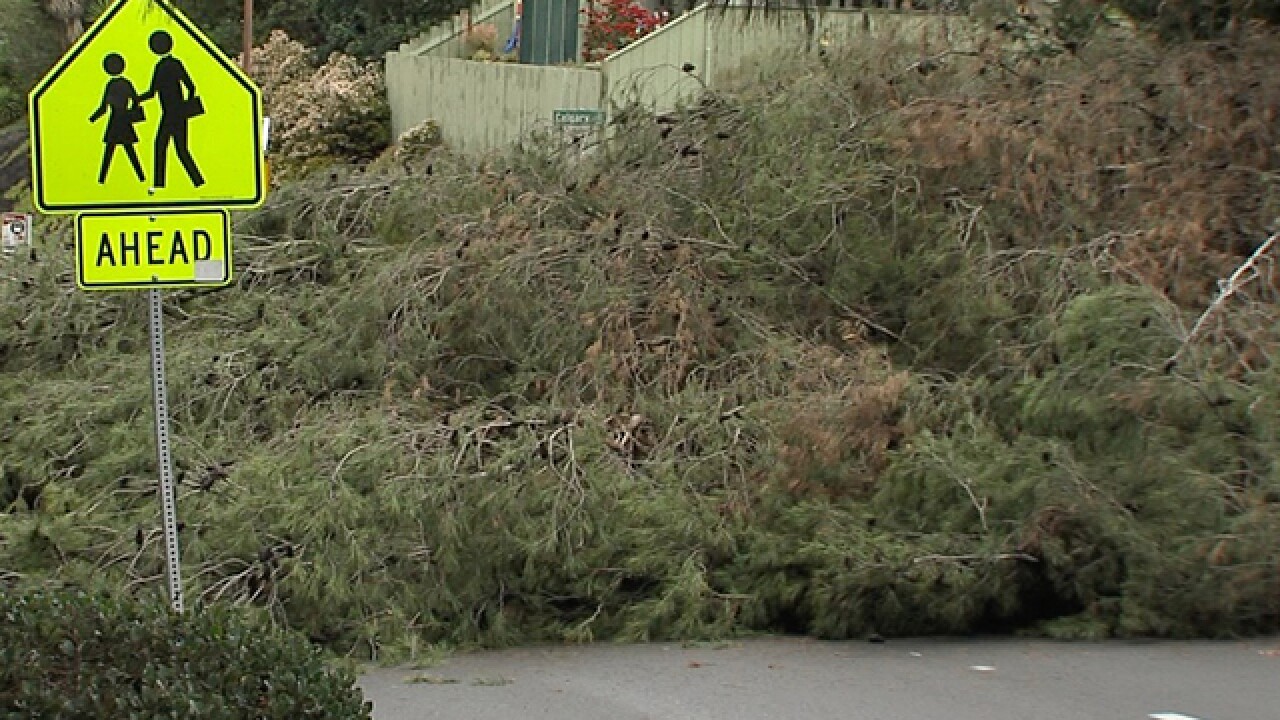 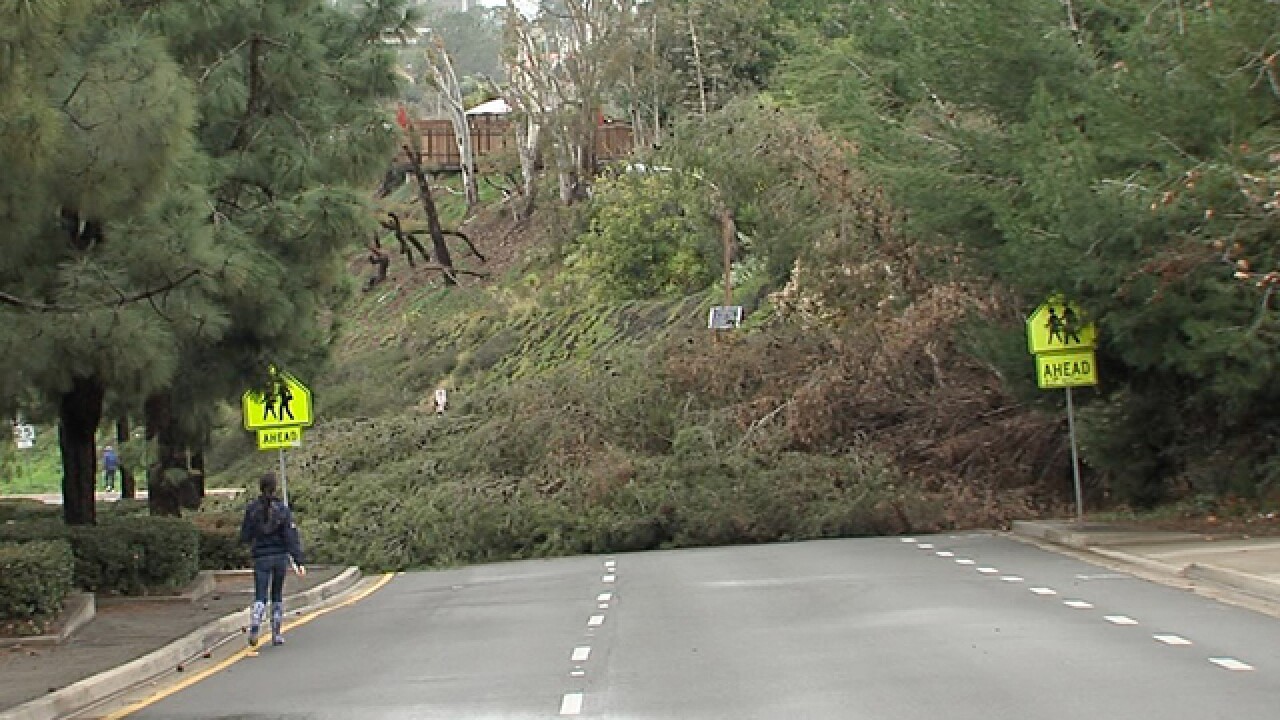 A large tree has fallen across the northbound side of Genesee Avenue in University City, prompting authorities to divert traffic in the area.

The downed tree was reported shortly after 11:30 a.m., and San Diego police say the closure of the northbound lanes on Genesee Avenue will take up to three hours.

Crews are at the scene trying to remove the tree.