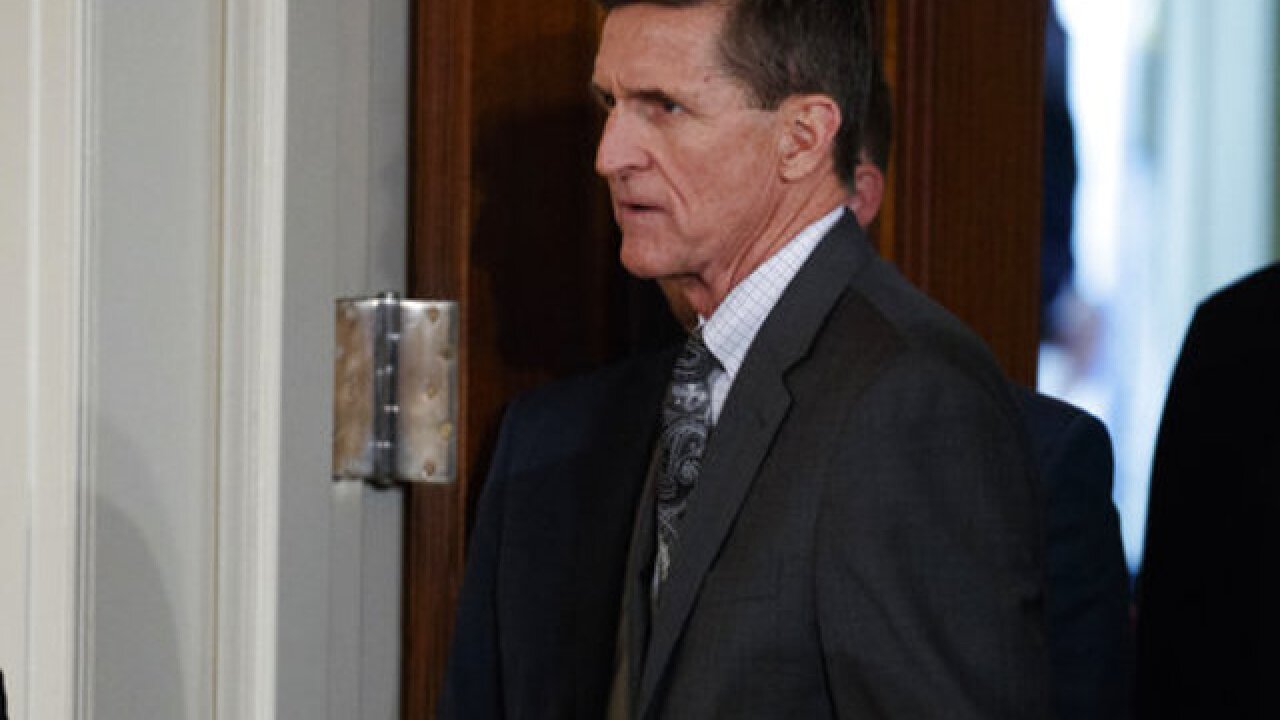 Copyright 2017 Scripps Media, Inc. All rights reserved. This material may not be published, broadcast, rewritten, or redistributed.
Evan Vucci
<p>FILE - In this Feb. 13, 2017 file photo, Mike Flynn arrives for a news conference in the East Room of the White House in Washington. The former national security adviser will invoke his Fifth Amendment protection against self-incrimination on Monday, May 22, 2017, as he notifies the Senate Intelligence committee that he will not comply with a subpoena seeking documents. (AP Photo/Evan Vucci, File)</p>

Rep. Elijah Cummings of Maryland says Flynn told the investigators during an early 2016 security clearance review that a trip to Moscow was "funded by U.S. companies." Cummings says the actual source of the funds was "the Russian media propaganda arm, RT."

Cummings made the statements in a letter to Rep. Jason Chaffetz, the Utah Republican and chairman of the House oversight committee. Cummings' letter came the same day Flynn declined to provide documents to the Senate Intelligence Committee, citing his Fifth Amendment protection from self-incrimination