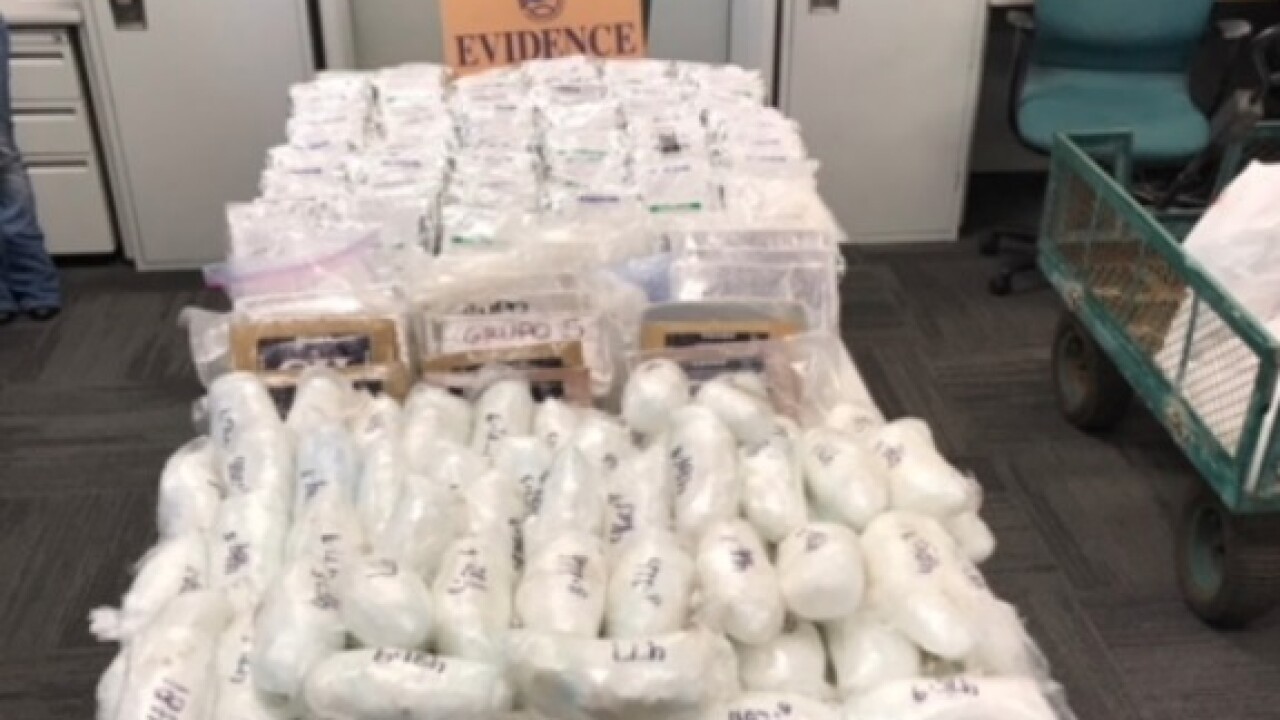 SAN DIEGO (KGTV) — Federal agents seized a huge haul of narcotics being trafficked at a San Diego restaurant this month.

Drug Enforcement Administration agents arrested Marisol Chavez-Morales, 34, and charged him in connection with the bust of about 156 pounds of narcotics, including methamphetamine and heroin.

Agents said Chavez "offered to sell large amounts of methamphetamine and heroin" to a confidential source and a deal was set up at a San Diego restaurant on Sept. 7.

DEA investigators did not indicate what restaurant the seizure and arrest took place at.

Chavez reportedly then arrived at the restaurant in a Chevy Cruze packed with the narcotics and parked next to the source's car.

Agents said meth was found in Chavez's truck and back seat, as well as in a small bag, suitcase, and a large tire. Heroin was also reportedly located in boxes inside the vehicle.

Chavez is scheduled to appear in court next on Sept. 25. He faces charges of possession with intent to distribute methamphetamine. He faces life in prison and a $10 million fine.