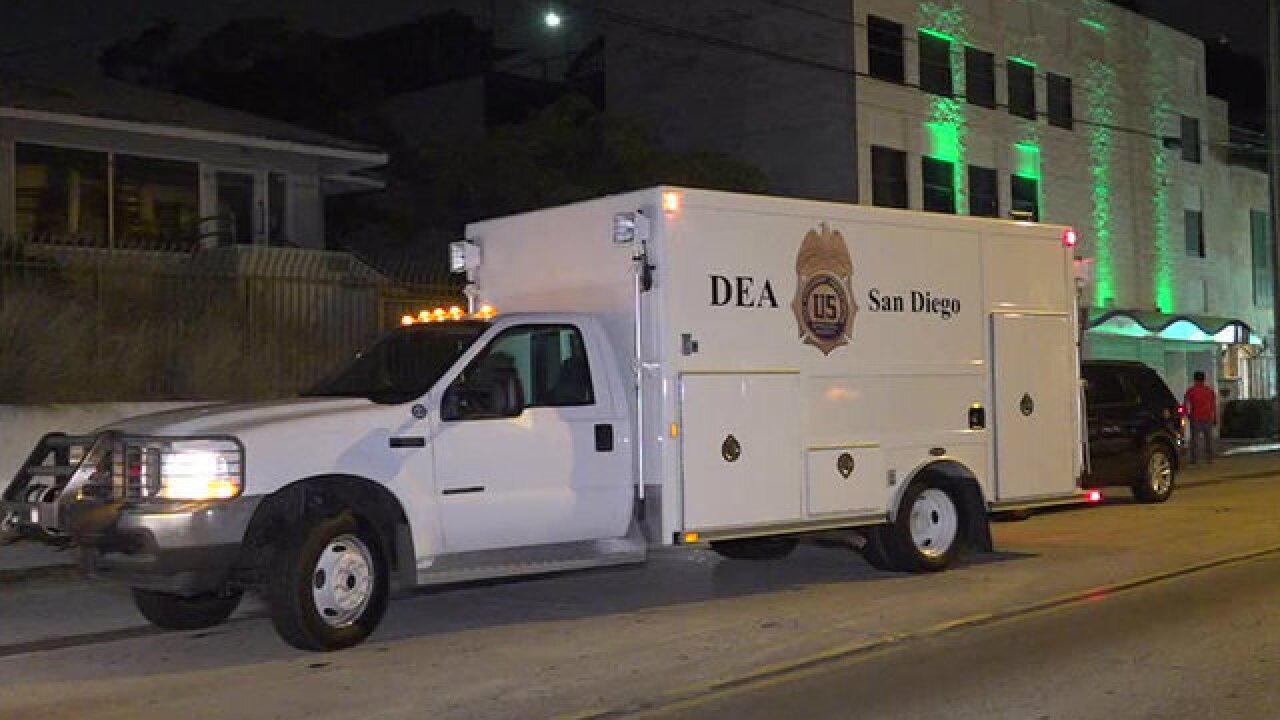 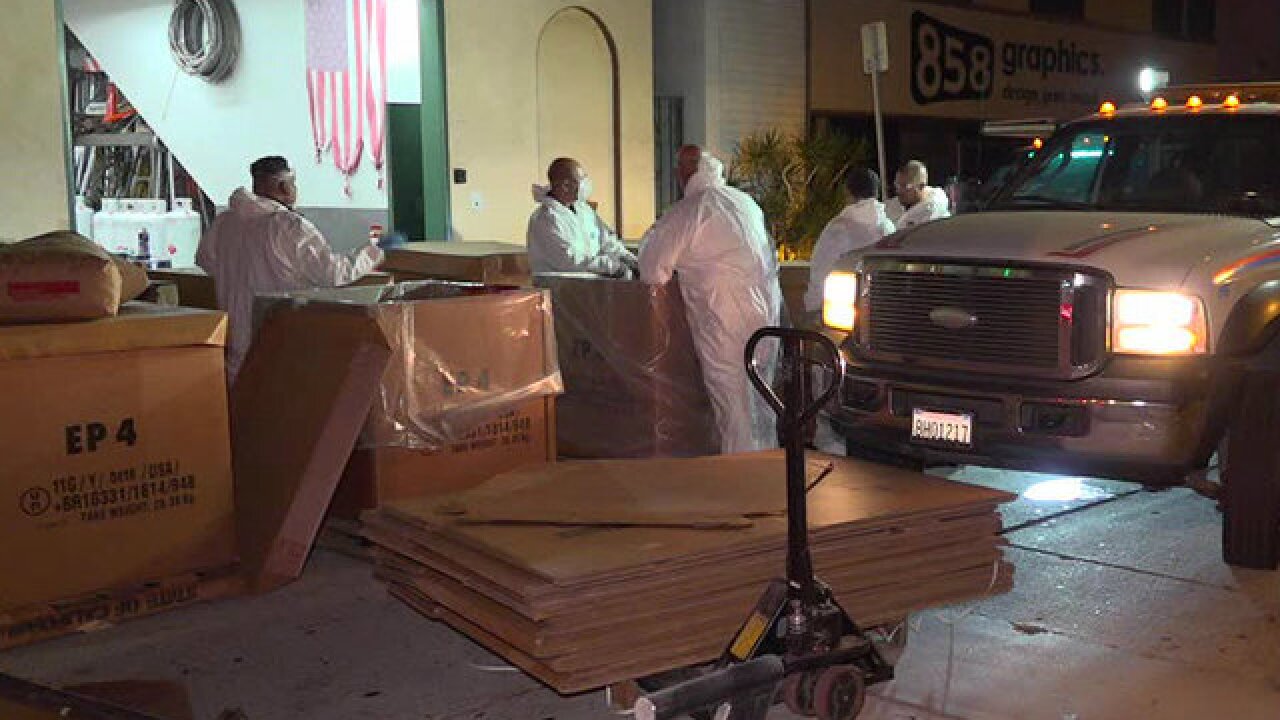 SAN DIEGO (KGTV) - Chemicals and other items were seized during a raid carried out at a San Diego business Tuesday.

DEA agents and other law enforcement officers converged on a business at 2020 Hancock Street in Mission Hills -- next to the Spin nightclub -- and spent hours removing items from the offices.

A hazmat crew was also involved in the operation.

It remains unclear what agents were targeting in the raid, but 10News learned propane tanks and chemicals such as vermiculite were taken from the business.

Vermiculite is commonly used in the growing of marijuana.

The reason for the raid was not immediately released and no arrests were announced.