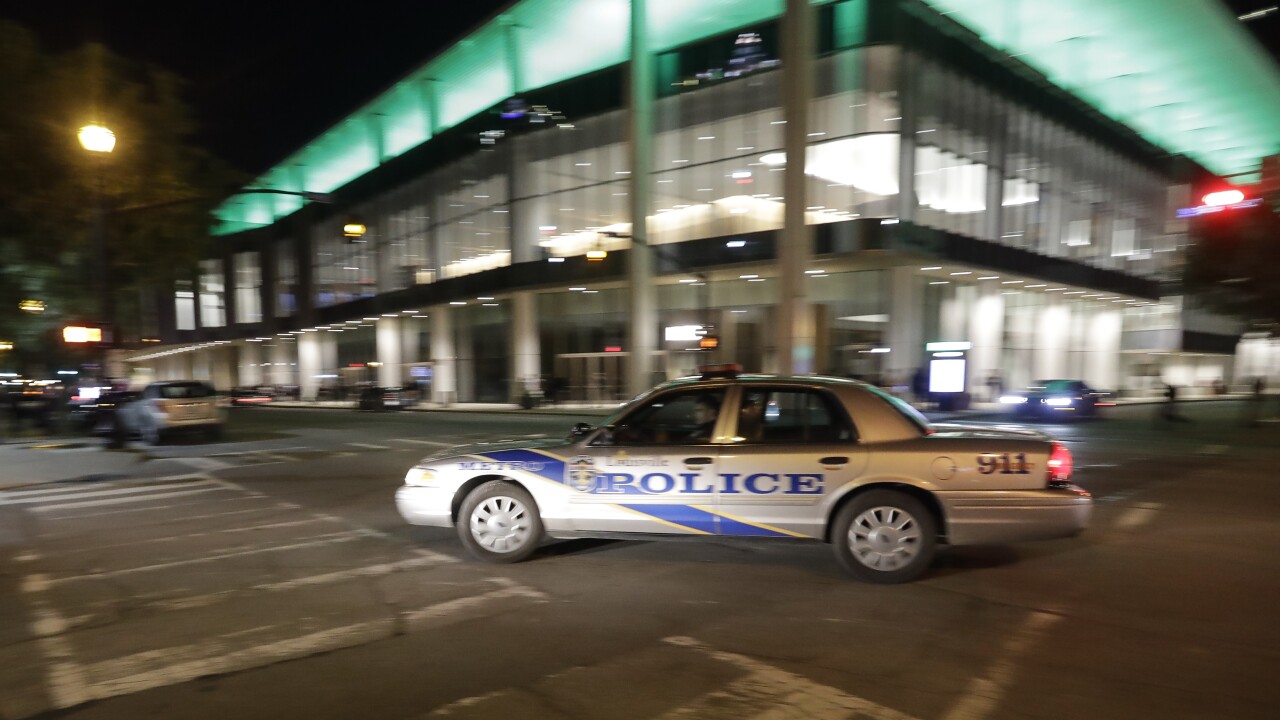 Copyright 2020 The Associated Press. All rights reserved
Darron Cummings/AP
A Louisville police car drives through downtown as protesters gather to protest the deaths of George Floyd and Breonna Taylor, Friday, May 29, 2020, in Louisville, Ky. Breonna Taylor, a black woman, was fatally shot by police in her home in March. (AP Photo/Darron Cummings)

LOUISVILLE, Ky. – A man was arrested Sunday after allegedly saying on Facebook live that he would shoot Louisville police officers for $30,000.

The U.S. Attorney’s Office for the Western District of Kentucky said Sunday that 29-year-old Cortez Lamont Edwards was in possession of an AR variant pistol including a non-extendible support brace and extended magazine when he went live last Wednesday.

In the video, Edwards says he’s requesting to be paid $30,000 to shoot the officer on scene for a disturbance in the street in front of his home, according to a criminal complaint.

Authorities say an investigation revealed that the Louisville man is a convicted felon, having been convicted of complicity to trafficking in a controlled substance, and possession of a firearm by a convicted felon.

Edwards was taken into custody Sunday after a team of law enforcement agencies executed a search warrant at his home. He’s being charged with being a felon in possession of a firearm.

If convicted at trial, the maximum sentence for unlawfully possessing a firearm is 10 years in prison, a $250,000 fine, and three years of supervised release.

Louisville has become a site of unrest this year, with people calling for justice in the Breonna Taylor case. The 26-year-old EMT was fatally shot by Louisville police in her apartment in March.

"Louisville needs healing and safety for its citizens, not armed felons seeking bids to shoot police," said U.S. Attorney Russell Coleman. "Federal law enforcement here will continue to respond as one to swiftly mitigate threats to our city."