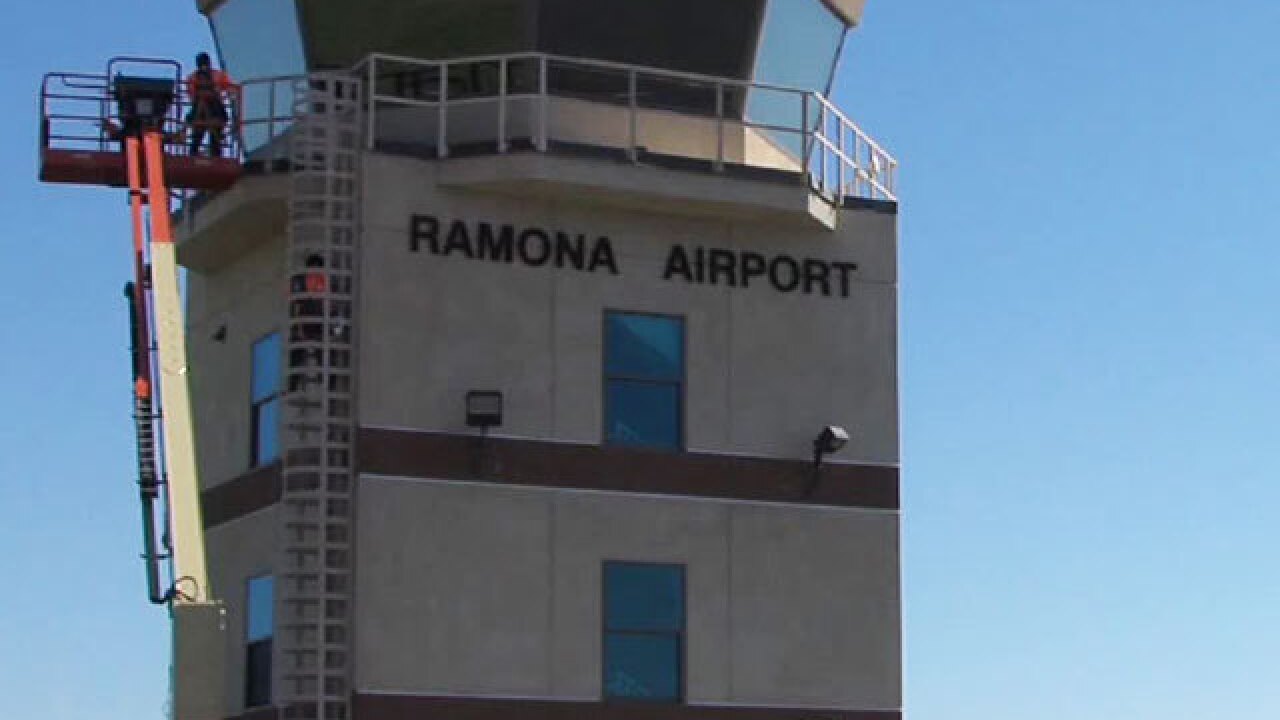 The crash, reported around 8 a.m., caused the aircraft to erupt into flames, according to Cal Fire San Diego, but the fire did not spread to surrounding vegetation.

All occupants of the aircraft have been accounted for and were uninjured, according to officials.

.@CALFIRESANDIEGO is at scene of an aircraft down with fire in the area west of the Ramona airport in Ramona. IC reports the aircraft is fully involved.#HighlandIC pic.twitter.com/Zb2gGdKbIT

#HighlandIC [update] IC reports knockdown on the fire, no extension into the vegetation, all occupants accounted for and uninjured.

It's not clear what caused the crash.

The fire could have become far worse had crews not put out flames as quickly as they did. San Diego County is currently under a fire weather warning, set to expand to a red flag warning Sunday morning.