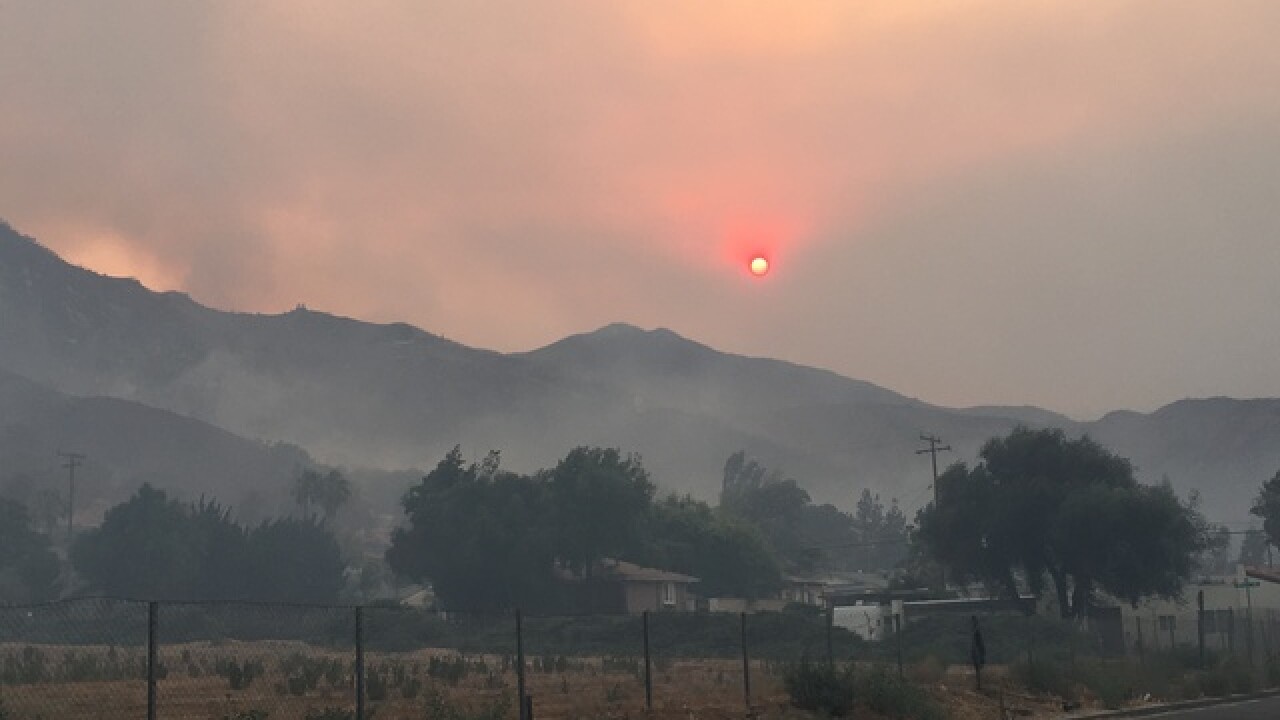 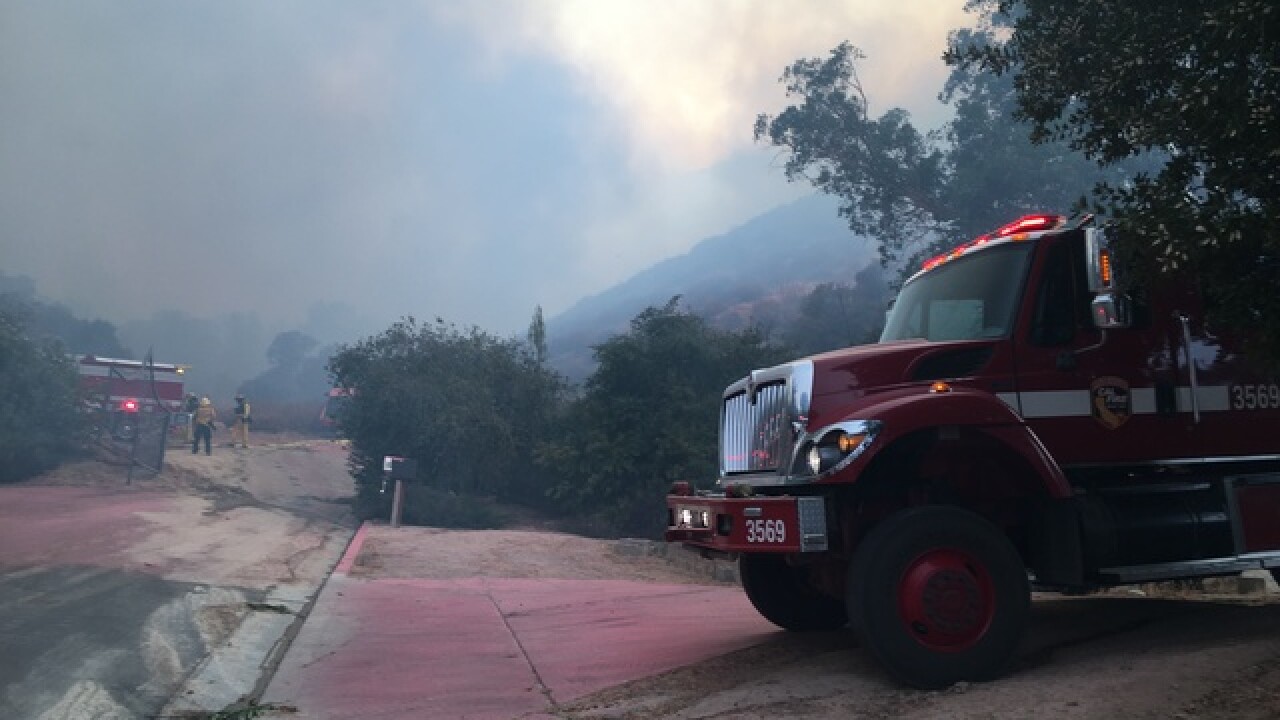 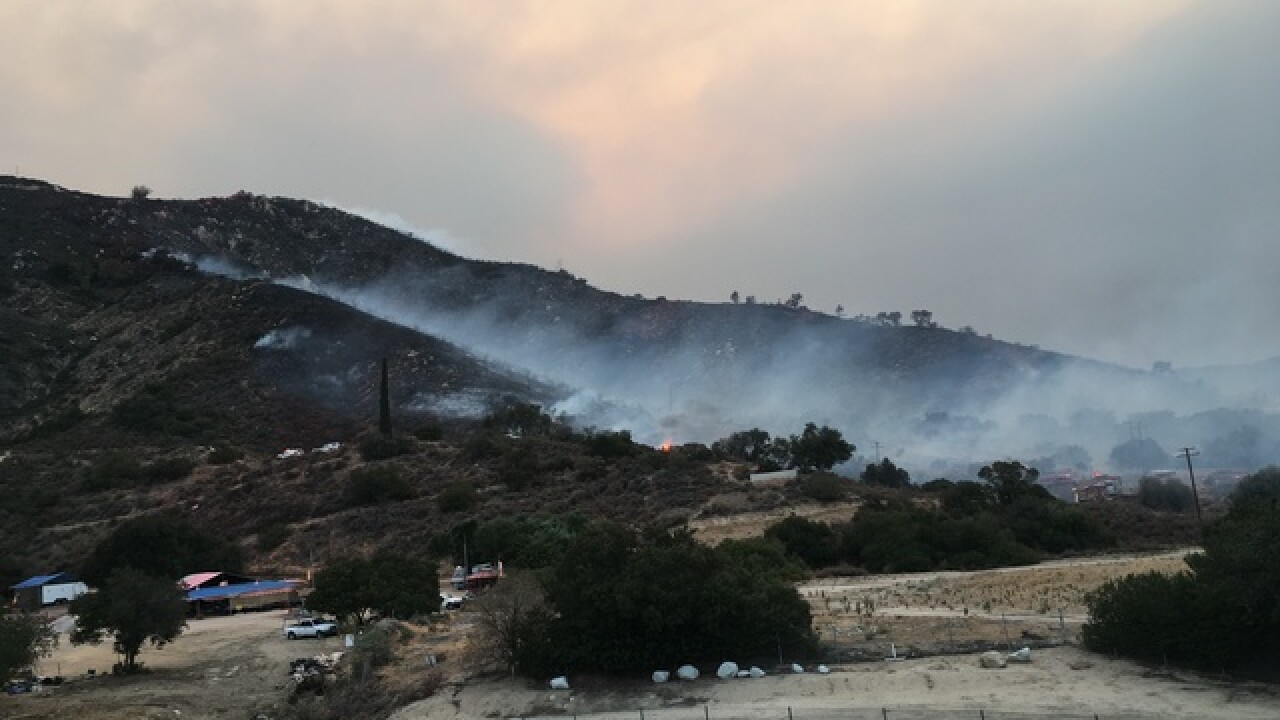 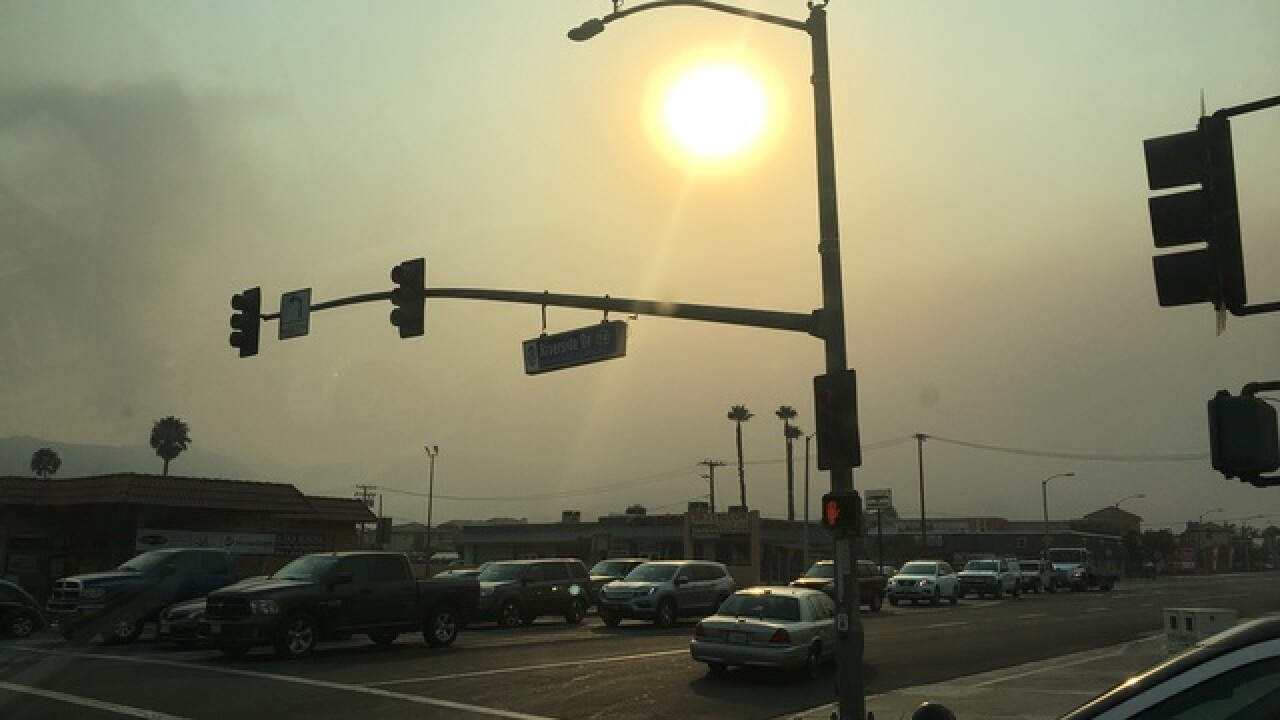 The fight Friday night was far from over as red hot embers glowed in the evening. Crews fear winds overnight could whip up flames.

Neighbors heard the buzz of chainsaws as crews worked to build yet another firebreak up steep hills, hoping to protect nearby neighborhoods.

One neighbor stayed behind to protect his block and described the blaze as it raged feet from homes Friday afternoon, "it’s just like Dantes inferno right now with the heat and the flames and the smoke," Scott Helmer said. "Twenty minutes ago this wasn’t even like this, you know it exploded."

The fire grew more than 8,000 acres from Thursday evening, fueled by powerful, constantly changing winds, making the fight even more dangerous for firefighters. As of Friday night the fire was 19,107 acres and 10 percent contained.

The smoke blackened the sky and ash rained down in clumps, making it difficult to breathe. The heat radiated from the flames, creating sweltering conditions for crews.

The fight from the air Thursday night continued through Friday, at a constant pace.

Neighbors breathed a sigh of relief as the pink sun set over pink stained roads, homes and vehicles.

"Out there, they're working hard, they’re nonstop. They have their fire fighters in the air, airstrike, on the ground and they’re, they just saved most of our structures," Feeney said, knowing the work fire crews have done is making progress.

Interactive map: Where the Holy Fire is burning in Cleveland National Forest

"The tractor is going they moved a lot of dirt creating this big barrier," Feeney said. "We’re doing good and you know we’re really happy that we have the best fire fighter service ever."

Evacuation orders are still in place and roads are still closed, hoping to keep everyone in Lake Elsinore safe.