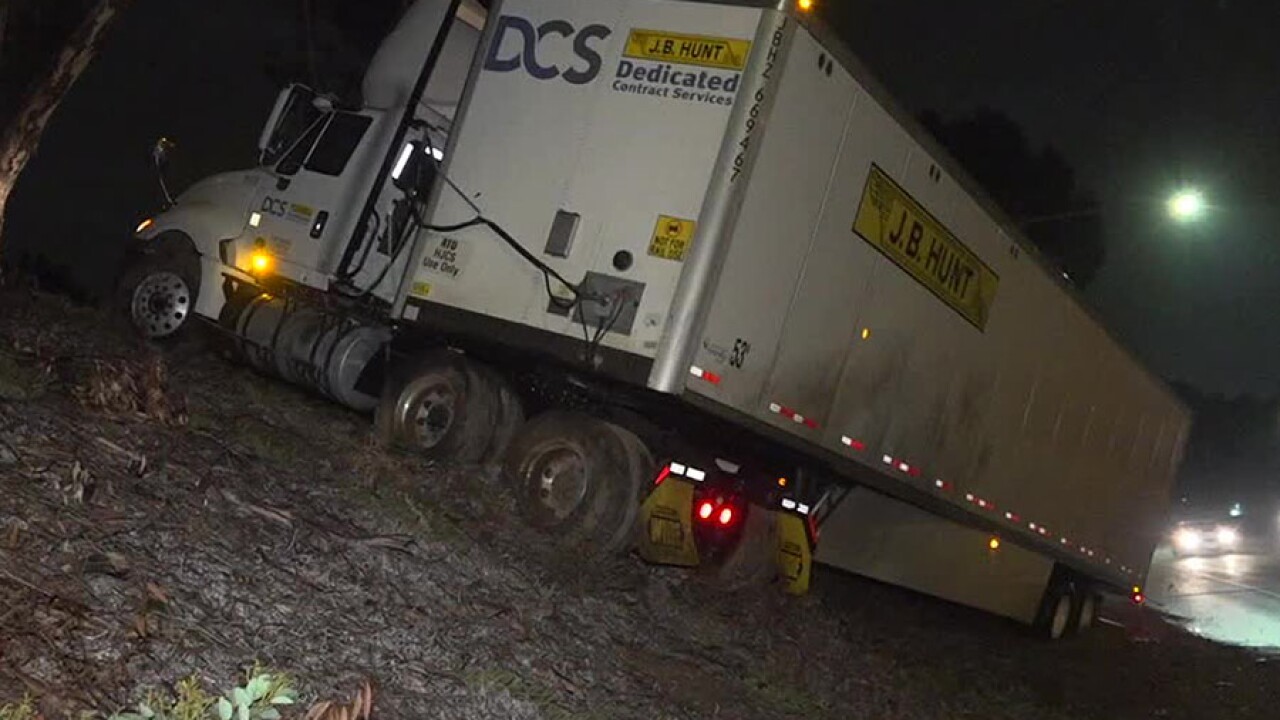 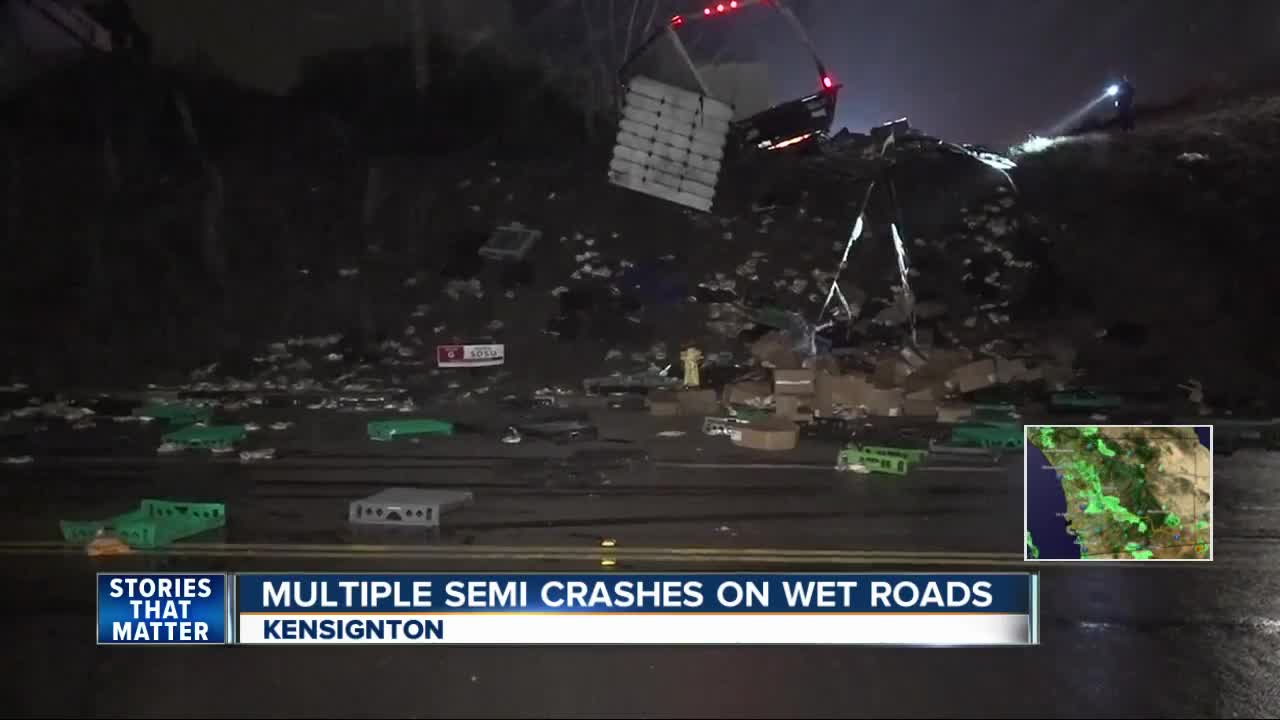 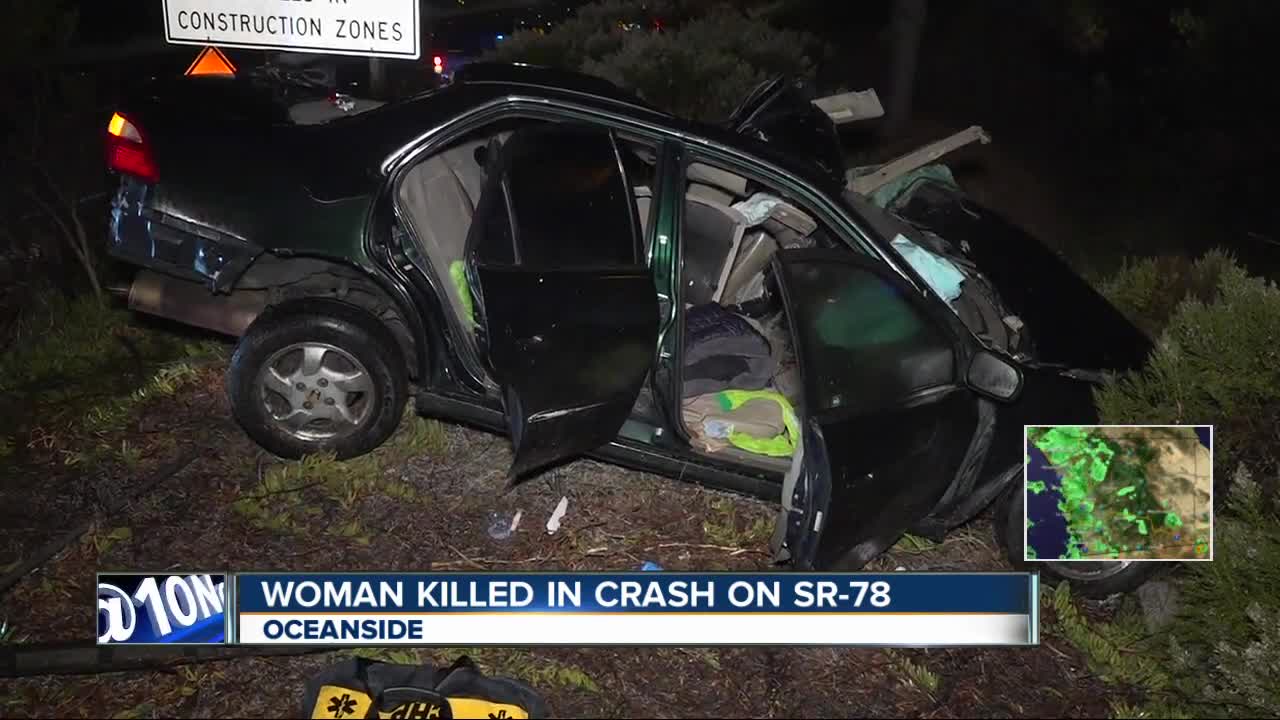 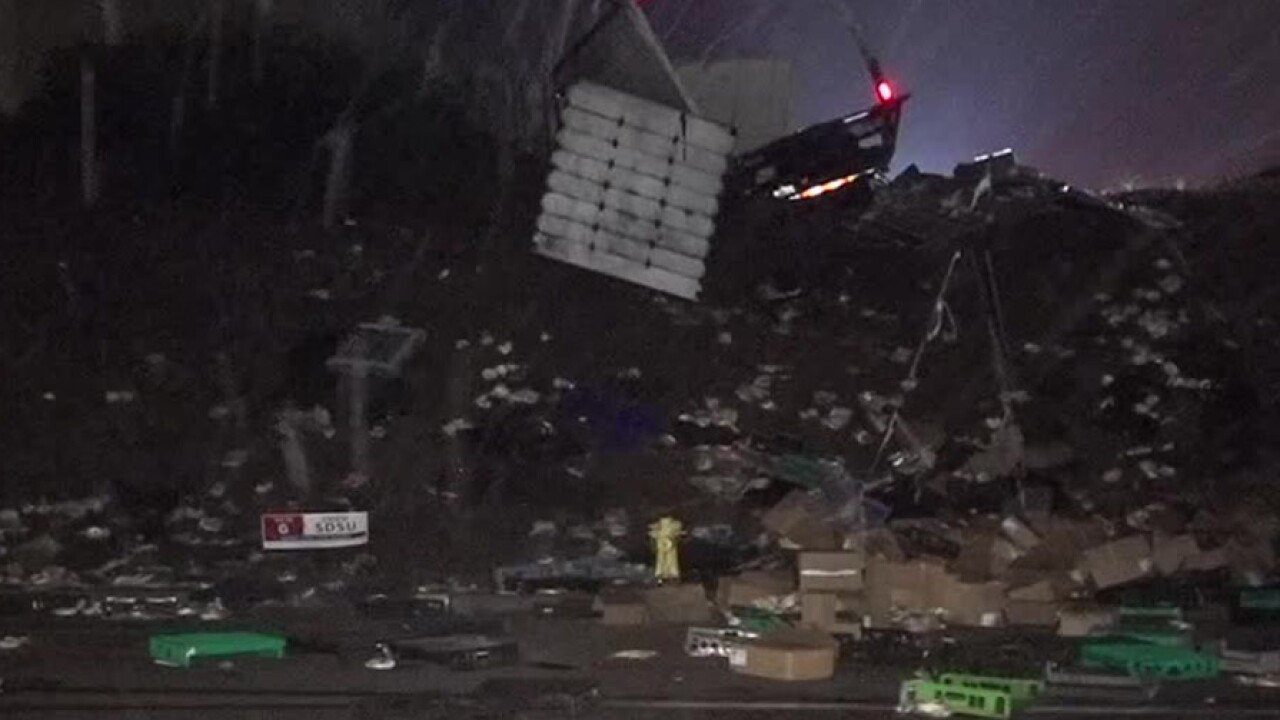 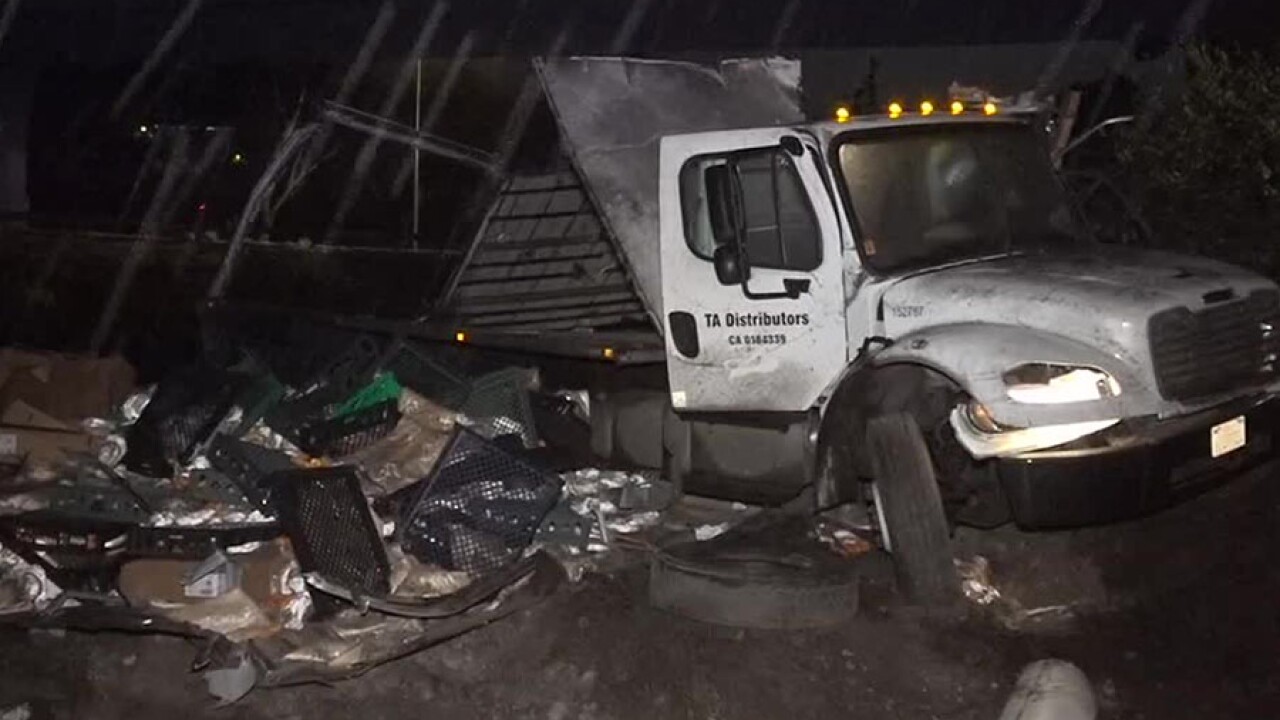 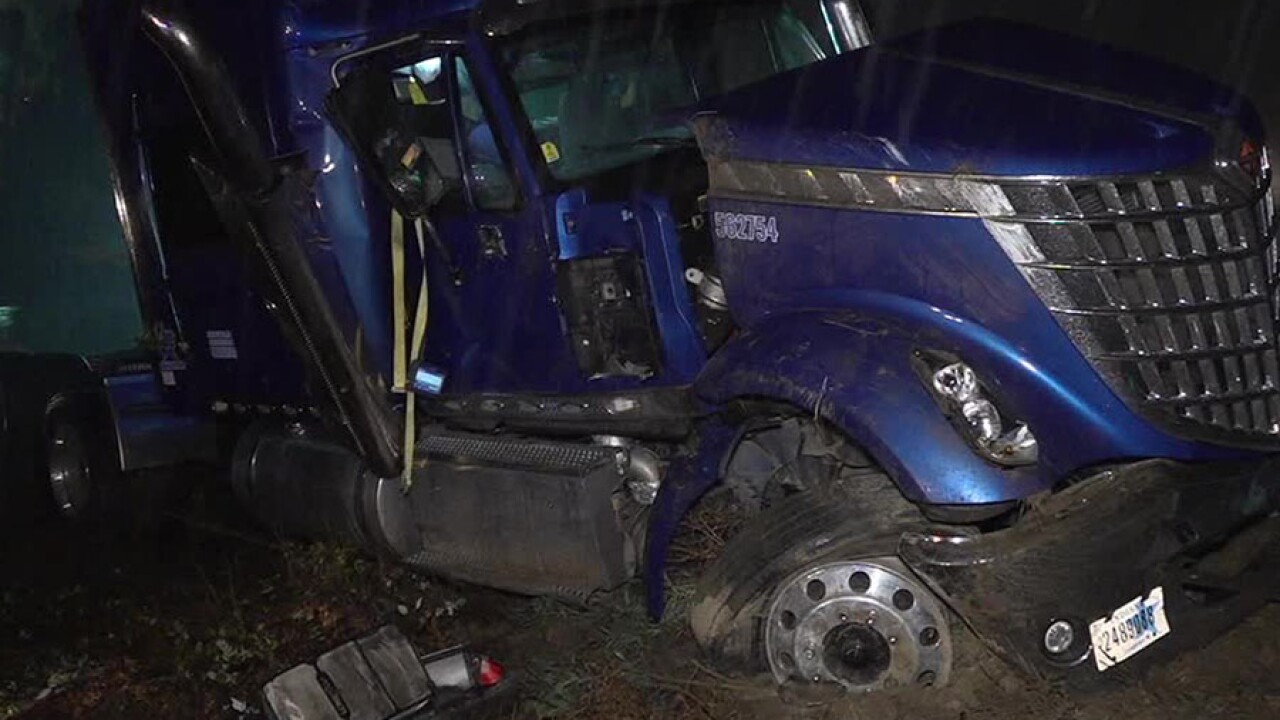 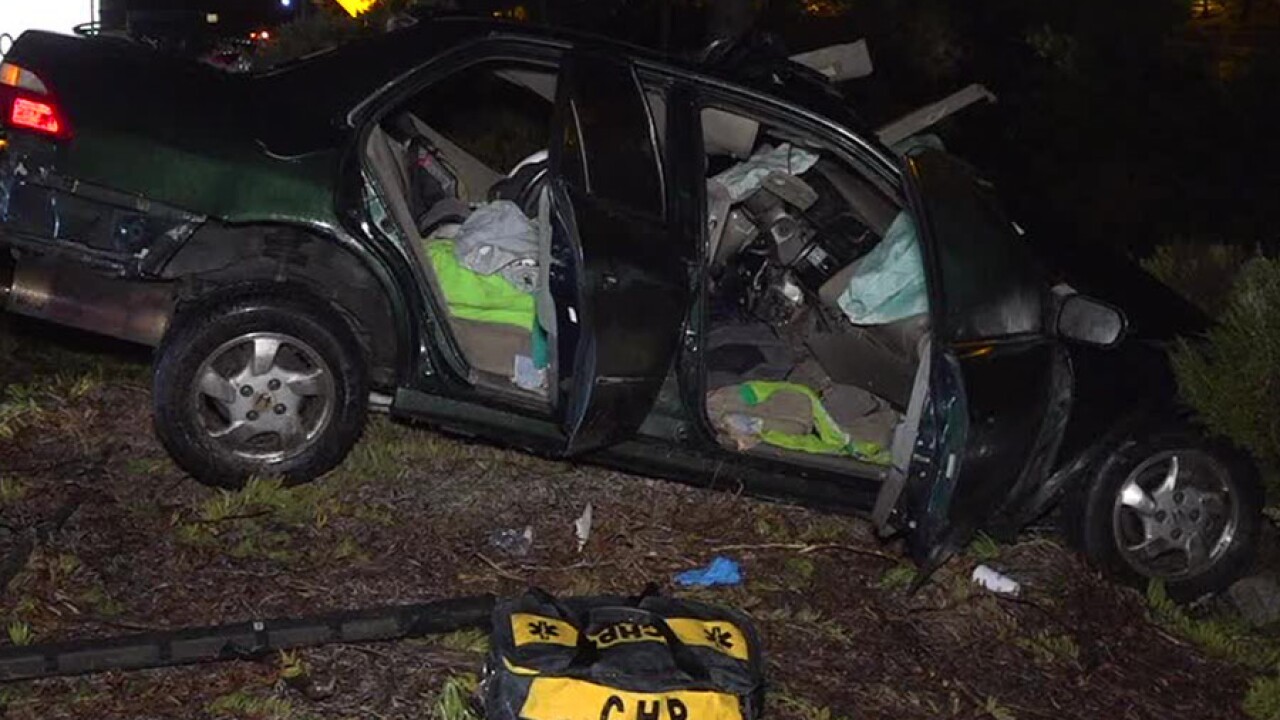 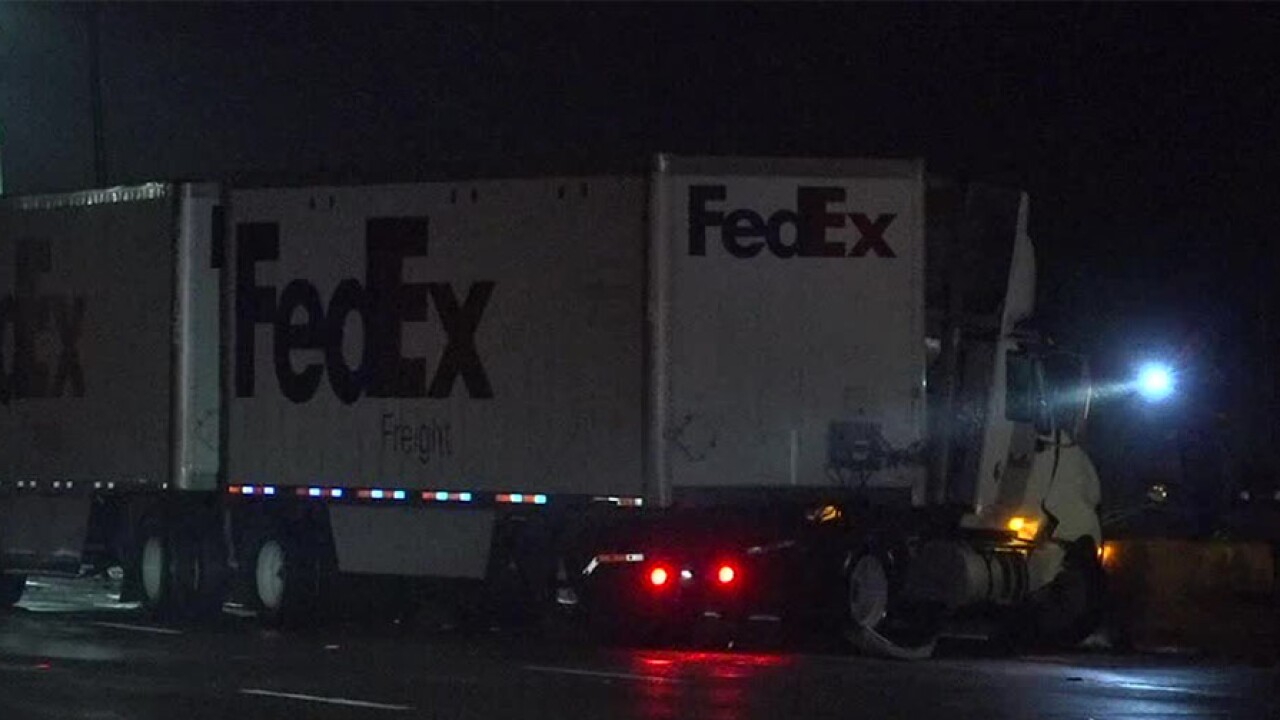 SAN DIEGO (KGTV) – Multiple crashes and road closures were reported on San Diego roadways Thursday as heavy rain poured all over the county.

A high wind advisory has been issued for I-8 from Alpine to #ImperialValley. #SDCaltransAlert

Multi-vehicle crash blocks WB I-8 lanes (3:30 p.m.)
-- Three lanes of westbound I-8 were blocked at Lake Murray Blvd. after a multi-vehicle collision.

Three lanes blocked on WB I-8 at Lake Murray Blvd due to a multi-vehicle traffic collision. #SDCaltransAlert pic.twitter.com/DDbPEWWKT2

Spring Valley – Quarry road is closed between SR125 to Lakeview Ave due to Flooding.

Northbound I-15 just south of I-8 in Kensington (3 a.m.)
-- A semitruck slid off the freeway, likely due to slick roads, and overturned. The crash sent the truck’s contents onto Camino Del Rio South.


As other drivers stopped to help, another semitruck crashed into the center-divide.

Moments later, a FedEx truck jackknifed and crashed into the back of the truck involved in the second crash.

No injuries were immediately reported in the crashes.

The incidents forced the closure of all lanes until they were reopened just after 5:30 a.m.

Southbound I-805 at Bonita Rd. in Chula Vista (12:40 a.m.)
-- A semitruck without a trailer slid on the rain-slicked road and flipped over onto its side, leading to a fuel spill.

The crash blocked the E Street on-ramp for several hours.

Westbound SR-78 near Jefferson St. in Oceanside (12:30 a.m.)
-- Authorities said a woman lost control of her car and crashed through a barrier before coming to rest on an embankment.

Emergency crews pulled the driver out of the wreckage, but she was declared dead at the scene.

Authorities believe rain was a factor in the crash.

Northbound I-805 near 47th St. in Mountain View (12 a.m.)
-- A driver lost control of his big rig truck and crashed up on embankment, but he was not injured.

The driver told 10News he hit some water on the roadway, causing his truck to hydroplane and jackknife.