Crash causes cars to slide down ravine on SR-94 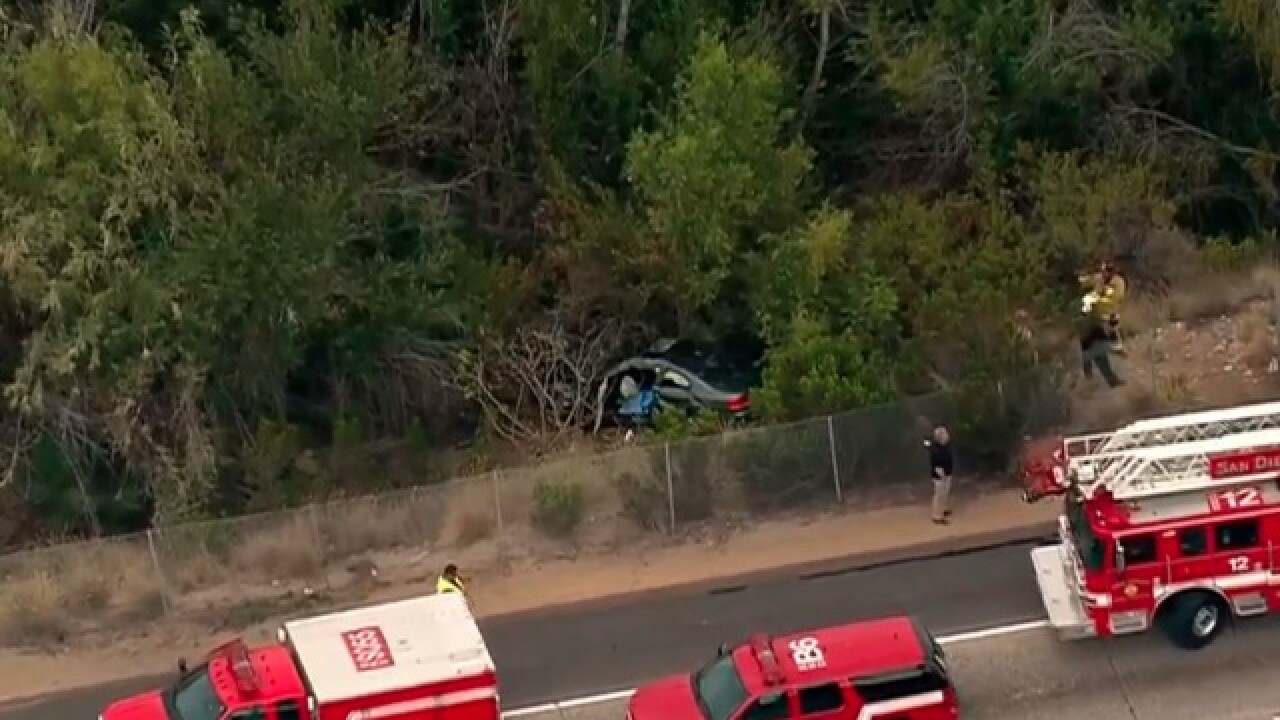 SAN DIEGO (KGTV) – Several people were injured after a crash along State Route 94 caused several vehicles to slide down a ravine Tuesday evening.

According to the California Highway Patrol, the crash happened on SR-94 east near Federal Boulevard just before 5 p.m.

CHP says a BMV was speeding when it struck a GMC van, causing both vehicles to slide down the hill.

Officers say the van slid roughly 50 feet, landing on its side. Nearby bystanders helped three people out of the van. A man and a woman both suffered minor injuries.

The driver of the BMW was also taken to the hospital with minor injuries, according to CHP.