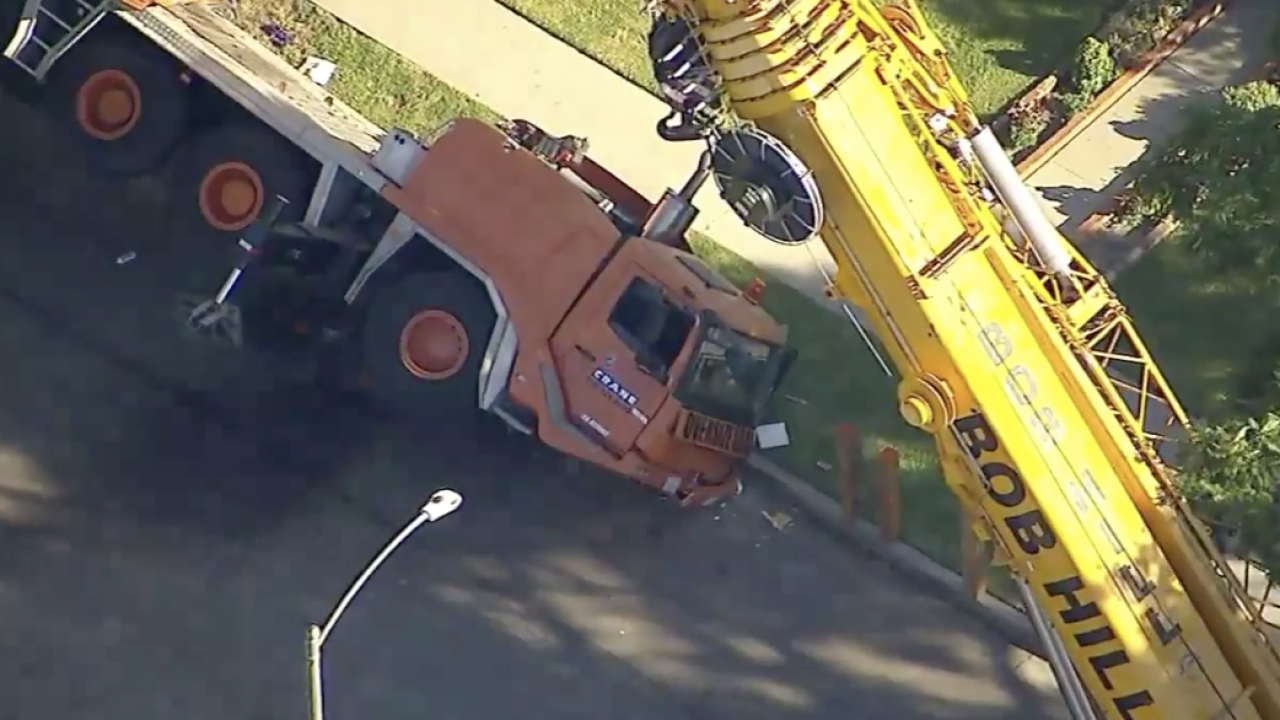 LONG BEACH (CNS) - A crane toppled over and struck a house in Long Beach Monday, injuring a homeowner who was hit by debris.

Crews were working on overhead lines about 12:30 p.m. in the 300 block of 61st Street when the crane fell between two houses, striking the rear portion of one of the homes, according to Long Beach Fire Department Capt. Jack Crabtree.

The injured homeowner, who had been working outside when the crane fell, was conscious and in stable condition when taken to a hospital, the captain said.

The street was closed between Elm and DeForest avenues as crews worked to dismantle the crane.