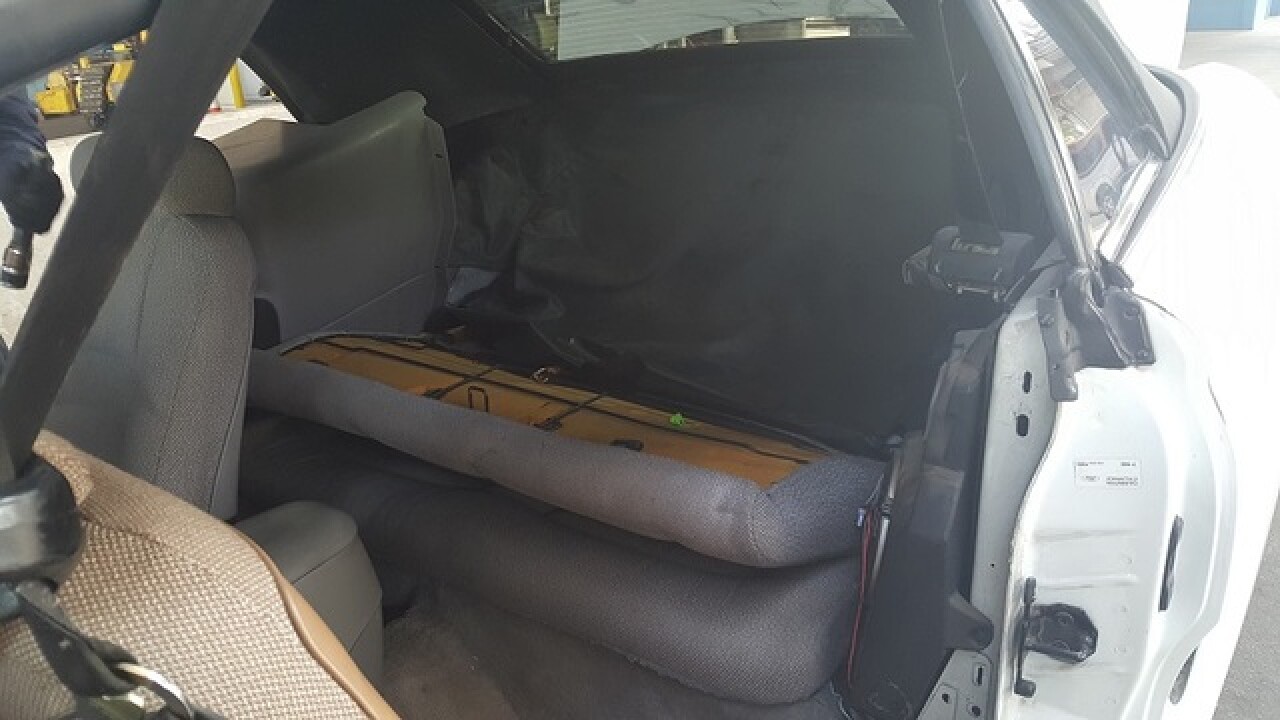 SAN DIEGO (KGTV) -- U.S. Customs and Border Protection officers over the weekend seized 461 pounds of narcotics worth more than $2.1 million and captured 14 fugitives.

Officers intercepted 350 pounds of methamphetamine, 71 pounds of cocaine and 36 pounds of marijuana.

The drugs were discovered in vehicles’ floor, car battery, seats, gas tank, tires and quarter panels, according to the agency.

The 14 fugitives were arrested for charges including homicide, wire fraud, robbery and parole violations.

One of those arrested was Deven Bargas, 20. Authorities say Bargas was wanted by the San Jose Police Department for homicide.