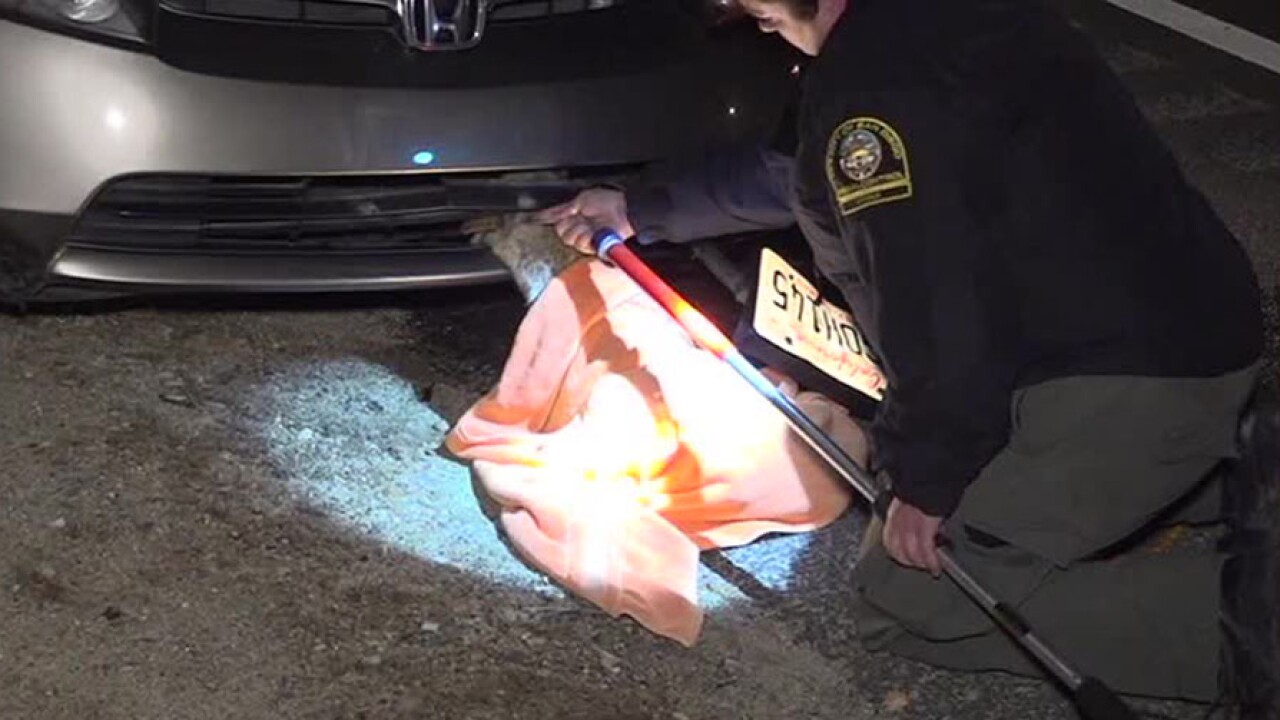 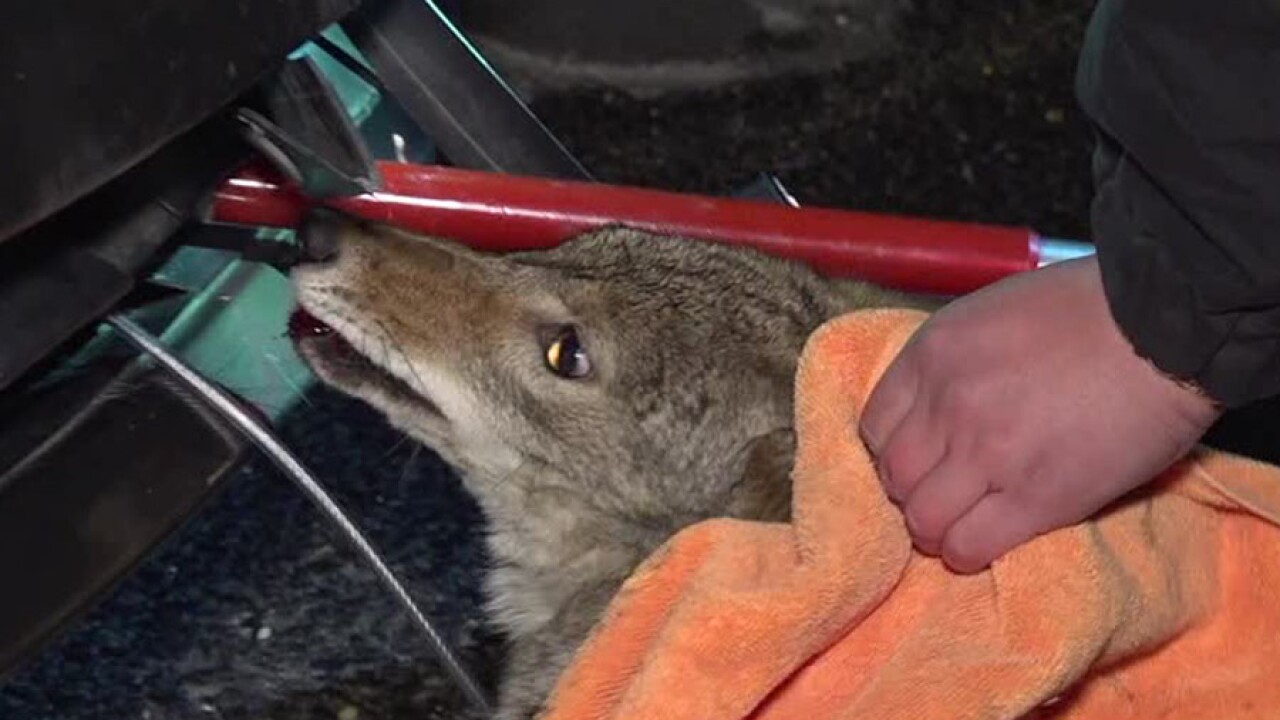 The driver told authorities that the coyote appeared to have frozen when it saw the car’s headlights.

After stopping, the driver was surprised to see the female coyote alive with its head lodged in the front of his car.

10News learned the coyote appeared to have a head injury and was in shock. The animal was transported to the Bonita Animal Shelter for further examination.