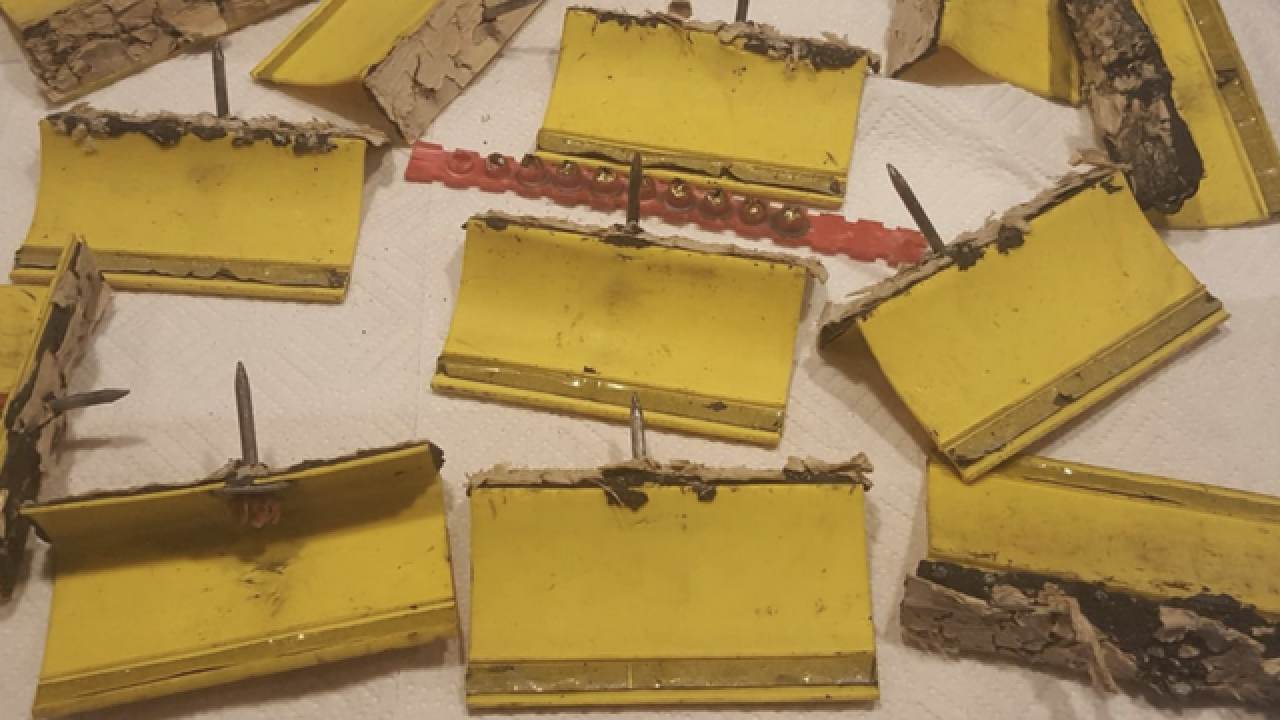 DESCANSO (KGTV) -- A San Diego County couple is warning others after getting a flat tire from an unusual source.

Pamela Jessup was running errands in her Toyota RAV4 on SR-79 near Old Highway 80 last Thursday when she heard a thump.

Jessup says she pulled over and looked at her back tire. After not seeing anything wrong, she went on her way.

The thumping, however, only intensified after she drove onto Interstate 8. When she drove home, Jessup says her husband Davis found a temporary lane marker nailed in to the tire.

While doing their due diligence, the Descanso residents found dozens of temporary nail markers along the side of the road in the same area where Jessup ran into issues.

A local tire shop was able to fix the damage to the tire, but it cost the pair $18. Other residents in the area took to social media to complain similar events that happened to them.

On Facebook, at least three others said they also got flat tires after driving through the area.

From Tuesday through Friday, neighbors reported a road construction project that included restriping.

A spokesperson for the Caltrans subcontractor Granite Construction issued this statement:

“Granite takes great pride in our work. We are looking into the recent issue on SR-79 and apologize for any inconvenience that may have been caused. For anyone impacted, please contact our office directly at 760-444-1028.”

" ... The method used by the contractor to adhere temporary lane markers to a 3/4-mile section of State Route 79 was not to Caltrans specifications and was not authorized by Caltrans. The contractor was reminded of their responsibility to the public, including public safety and convenience. Safety is Caltrans’ highest priority. Caltrans is committed to providing a safe transportation system for the traveling public and employees working on the state highway system. Caltrans will continue to work with contractors, local and federal agencies, to enhance and strengthen safety polices and best practice guidelines."