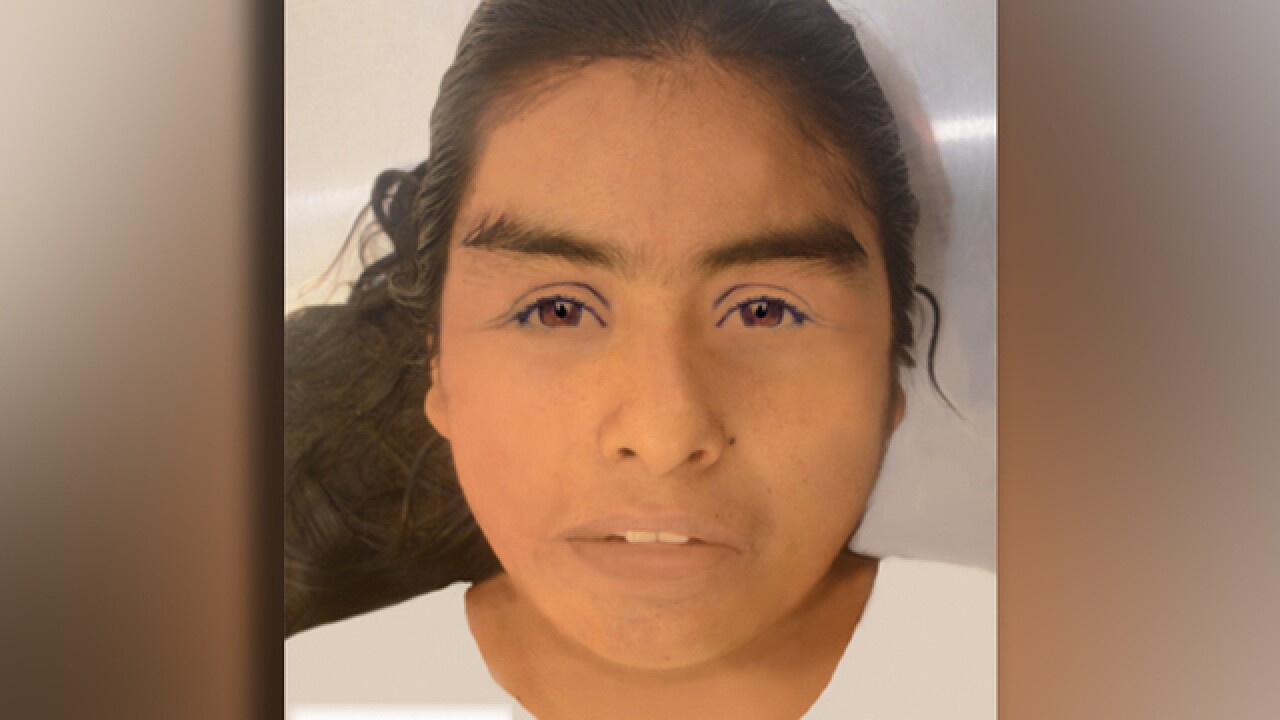 SAN DIEGO (KGTV) — San Diego County officials made a new plea Saturday to identify a young woman who was hit and killed on Interstate 5 near the San Clemente Border Patrol station almost two weeks ago.

The Hispanic female, believed to be in her late teens to early 20s, was hit while trying to run across northbound I-5 lanes at about 9:30 a.m. on Aug. 9.

She may have recently traveled to the country from Mexico or another Central American country, according to Medical Examiner investigator Tessa Lee.

"We are hoping that someone may recognize this young woman so we can identify her and notify her family," Lee said.

A fingerprint search in the FBI and U.S. Border Patrol databases came back with no matches.

The woman had brown eyes, long hair, weighed about 111 pounds, and was 5-feet 1-inches tall. She didn't have any identification at the time of her death.

She was, however, wearing distinctive clothing: A maroon shirt with repeating cartoon prints and the word "travels" on it, jeans with a stitched design on a brand tag reading "Eemociones," and gray high-top sneakers with a heart on the sides and turquoise metallic studding.

Officials have released a sketch of the woman as she would've appeared while alive.

No leads on identifying this young woman. Can you help? She was fatally struck last month running across the I-5 freeway near the San Clemente Border Patrol Station? https://t.co/YElbtkk68K