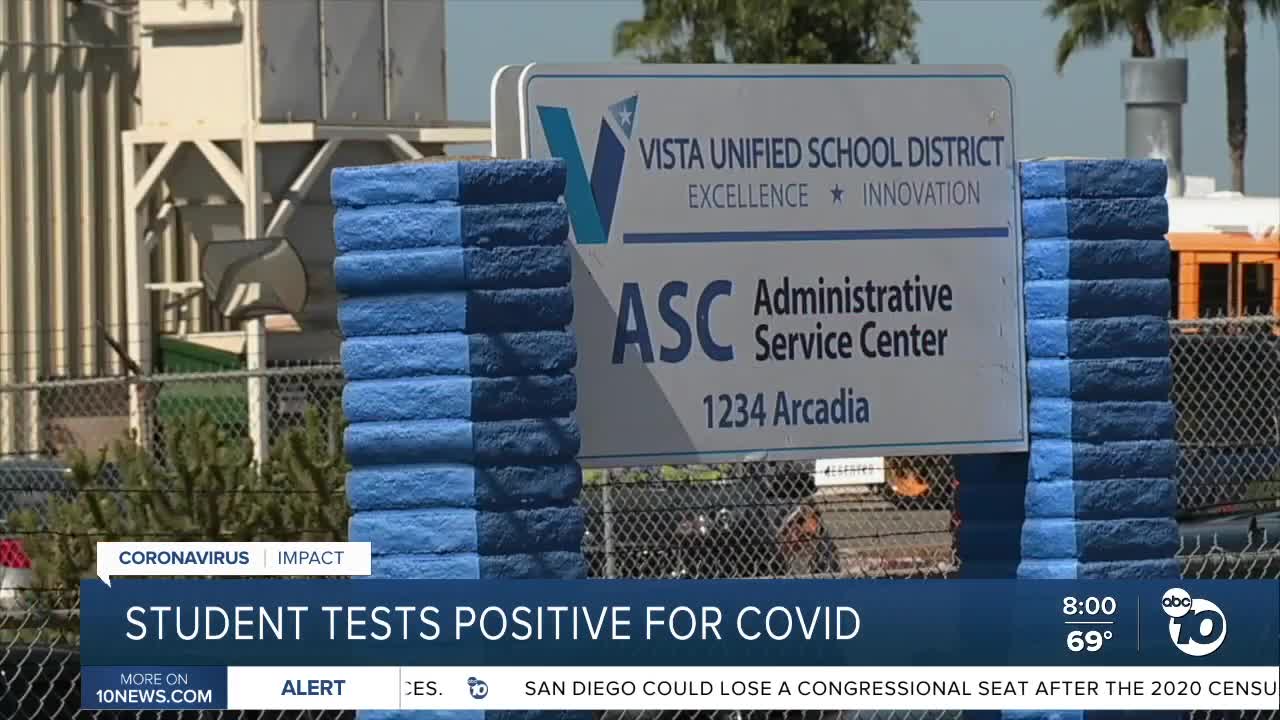 A student in the Vista Unified School District tested positive for coronavirus on Tuesday, forcing 130 students and staff to quarantine for 14 days. 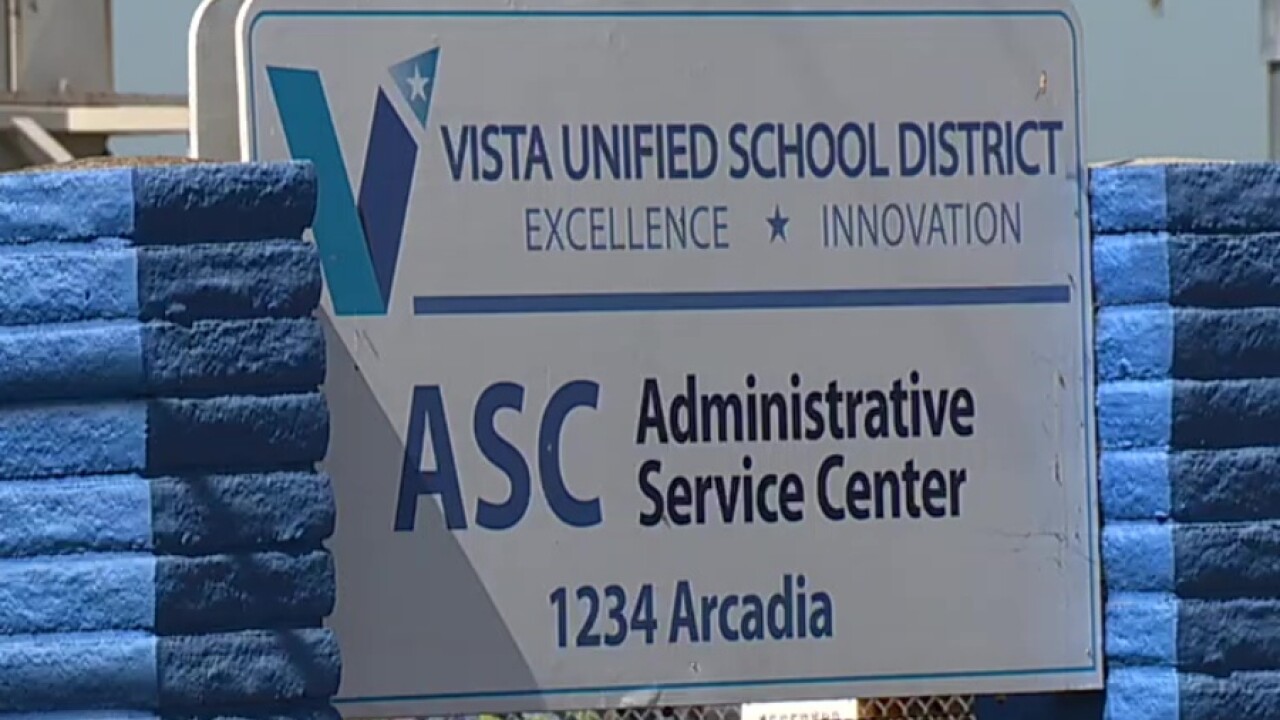 VISTA, Calif. (KGTV) -- The Vista Unified School District confirmed that a student at one of its high schools tested positive for COVID-19.

According to the district, a positive case in a student was reported at Mission Vista High School on Tuesday, resulting in about 130 students in the four classes the positive student attended to be placed into a 14-day quarantine. Those students will pivot to virtual learning.

Staff members involved in these classes or who may have come into contact with the student were also quarantined, the district said.

"The student did not come into close contact with every student; however, since this is our first incident, we are proceeding with an abundance of caution," a district release stated.

Part of the reopening plan, known as “Vista Classic,” includes attempts to have social distancing as much as possible. The district will allow as many as 38 students in a single classroom, so desks will not be spaced six feet apart.

According to the district dashboard, prior to the full reopening, there were four confirmed positive COVID-19 cases at schools between Sept. 8-Oct. 19.