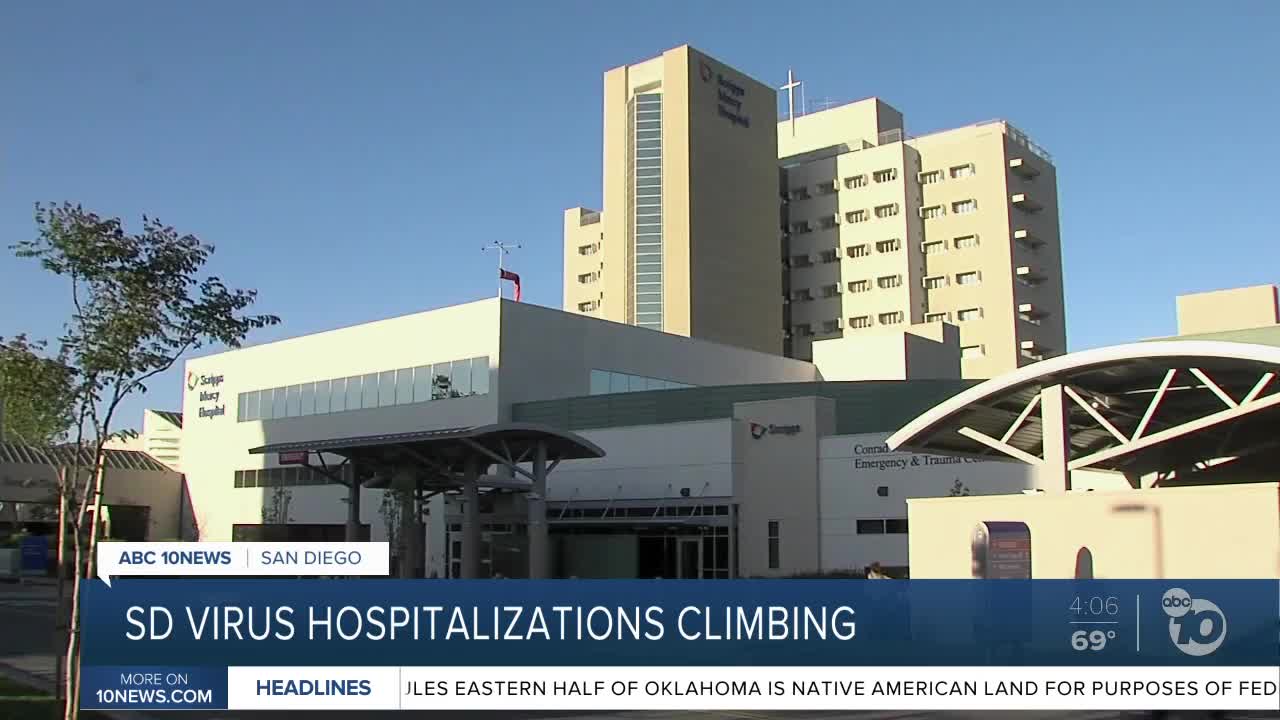 SAN DIEGO (KGTV) — Coronavirus hospitalizations in San Diego continue to climb, prompting at least one medical system to begin plans to accommodate a surge in patients.

As of Thursday, Scripps Health reported that it had 126 COVID-19 patients, up one patient from Wednesday. It also reported two coronavirus-related deaths in 24 hours.

“We've been staffing up dramatically and our engineers have been preparing for surge which we anticipate [requiring] given the direction hospitalizations are going in San Diego,” says Scripps Health CEO Chris Van Gorder.

He says the majority of patients are still in the South Bay hospitals. Their teams have been transferring patients from Scripps Chula Vista and Scripps Mercy to the northern hospitals to avoid reaching capacity in the ICUs.

“Scripps Memorial Hospital in La Jolla is 95% occupied in the Intensive Care Unit and Mercy San Diego is 91% [occupied],” he adds.

The number of positive tests in the northern hospitals is also rising, he says. “About three days ago, we had six patients within a 24-hour period of time [that had] to be admitted at Scripps Memorial Hospital in Encinitas and so their census has doubled over the last week,” he added.

San Diego County reported on Wednesday that over a several-week span, hospitalizations were down but had increased in the past two weeks with the most recent daily count being 38 new admissions on Tuesday.

The County’s statistics show that we are still far off from reaching bed-capacity.

The federal field hospital set up at Palomar Hospital in Escondido continues to sit empty. A hospital spokesperson reported that there's no current plan that they're aware of to use it.

According to Palomar Health, “We have seen an increase in patients over the last three-four weeks. Our Emergency Department Director says we have seen a noticeable increase in younger patients (20-30 year olds). However, the numbers are manageable and we still have capacity for more patients.”