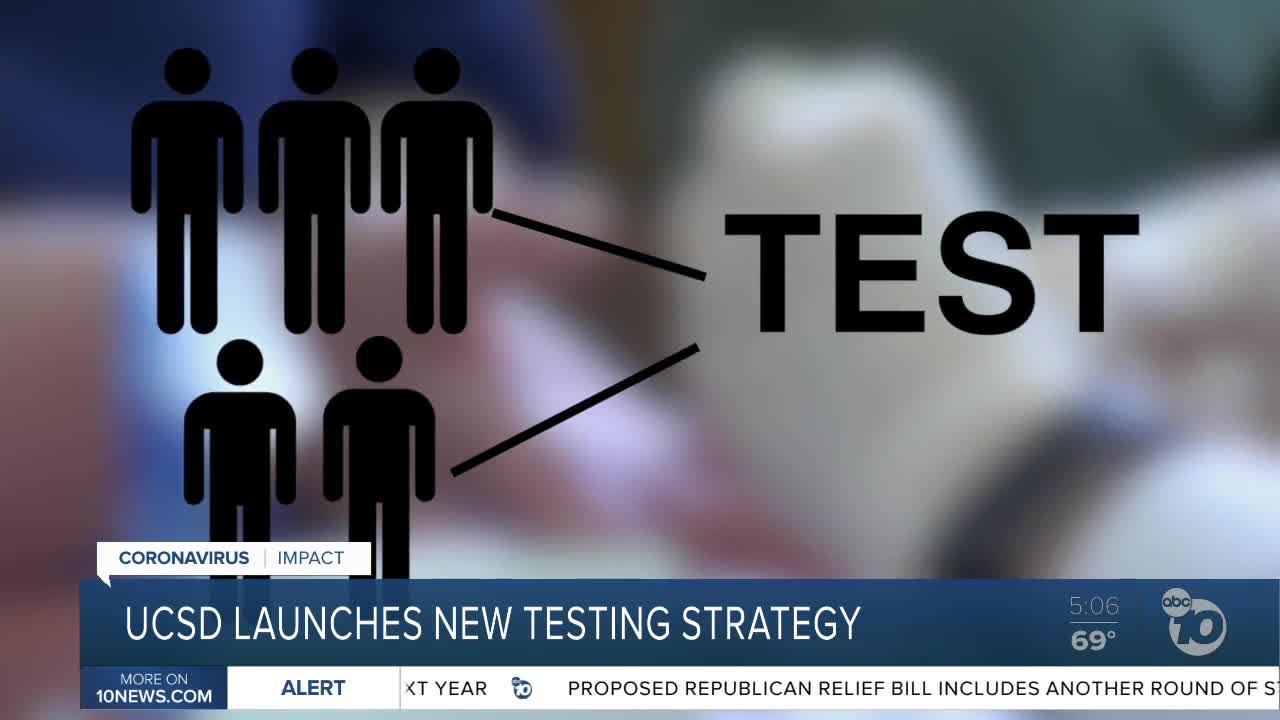 (KGTV)- UC San Diego Health has had a goal to increase testing since the start of this pandemic, according to Dr. David Pride, the Associate Director of Microbiology.

“We’ve really been thinking about what is it that we can do to sort of extend testing in the San Diego region,” said Pride. “Pooling is absolutely a strategy, for example, that employers can use on their employees that universities can use, for example, on their students.”

As the nation faces another COVID-19 testing supply shortage, Pride said this could be one solution to conserving the current supply.

“Pool testing works by taking a group of individuals and placing all of their specimens together,” he said.

Instead of using one test per person, samples from several people are collected and tested together.

The Centers for Disease Control and Prevention recommends pool testing to be used only when the positive rate is low enough to justify pooling.

“If that pool tests negative, then you can call each individual that was in that pool negative,” said Pride.

If the pool tests positive, then each person is retested individually.

He said they are currently using a five to one strategy, meaning five people per one test.

“We’ve done probably somewhere around 500 to 600 so far. The majority of the batches have been negative, we’ve had less than 10 percent of the pools test positive,” Pride said, which is what his team expected.

Pride said he heard positive feedback about pool testing from the Food and Drug Administration (FDA).

“Just a few weeks ago, we submitted our emergency use authorization to the FDA, and we think we’re probably getting fairly close to that getting approved,” he said.

“Right now, we’re really working on it in a very manual fashion,” he said. “That takes a lot of time to do, so we’re in the process of automating it by bringing in machinery to do that work that people are doing right now.”