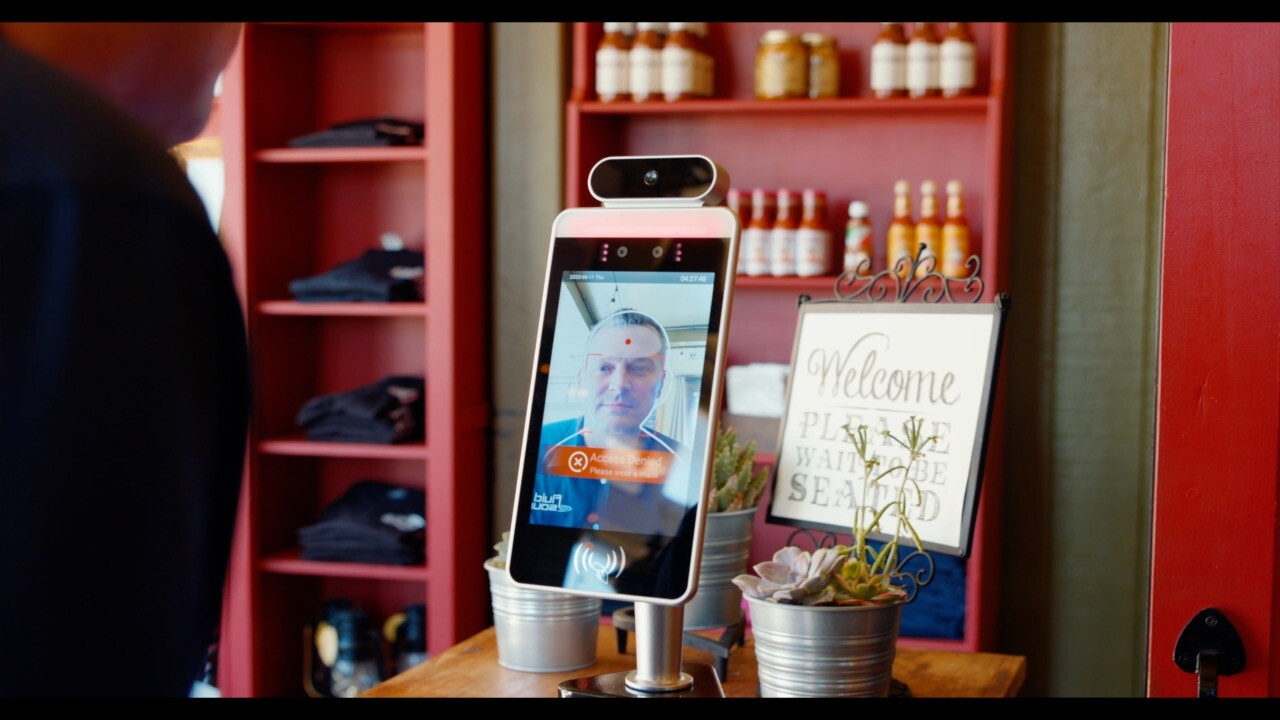 SAN DIEGO (KGTV) — Toni Beery and her husband Jonathon have their hands full trying to get Old Town’s Hungry’s Kitchen and Tap back up to speed.

“There’s just not a lot of foot traffic, still, during the week especially,” Toni says. “We’re just trying to take it day by day

They're trying to bring employees back and working to survive amid social distancing requirements. One new task on their plate is employee temperature checks and monitoring.

New technology, however, is doing that for them. It’s called the GoSafe, a stand-alone tablet two San Diego companies developed. Using Qualcomm's chips, San Diego-based OneScreen built a device that takes temperatures and uses facial recognition to allow or deny access to different workplaces and schools.

Additionally, the GoSafe can assist health investigators in contact tracing. If someone shows an elevated temperature, it will have a record of who else scanned in around the same time.

“It is not only a race against the vaccine, it is a race to go back to normalcy,” said Sanjeet Pandit, Qualcomm’s director of smart cities.

San Diego’s Fluid Sound is now working to install the devices at businesses around our region.

It recently did so as a test at Hungry’s, and demonstrated how it can reject access for people without masks. The device’s MSRP is $1,995.

“If you think about the labor cost associated with implementing a health screening process for any business, big or small, it's a significant labor cost,” said Dennis Pappenfus, CEO of Fluid Sound. “This is more of a one-time cost and you've got a pretty good process off to the races."

Nationwide, 2,000 of the devices have already sold.

In addition to Hungry’s, a spokesman for Fluid Sound says the devices are installed, or could soon be, at places such as Qualcomm headquarters, The Port of San Diego, and the University of San Diego.

In a statement from USD, a spokesperson says GoSafe is one device they've considered in their reopening plans.

"As the University of San Diego prepares for the re-opening of our campus in August, the Return to Work Task Force is looking at a variety of devices and safety procedures to keep our students and employees safe as they return to the office and the classrooms. While GoSafe is one device we have been presented with, it is not the only temperature device we are currently assessing and demoing, no purchases have been made yet. We continue to search for the best technology available to keep our campus community safe and healthy," Lissette Martinez, senior director of media relations, said.

A spokeswoman for the Port of San Diego says the agency ordered three of the devices, which will be delivered Tuesday.