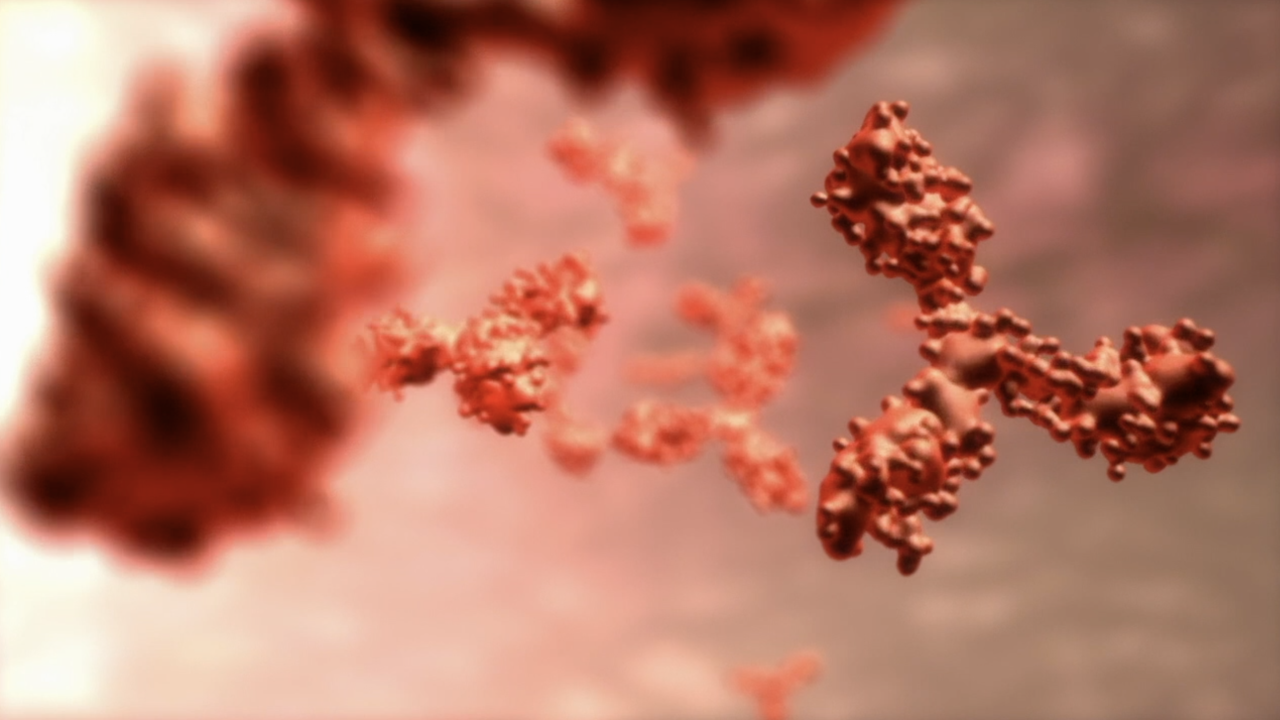 SAN DIEGO (KGTV) — The Department of Defense has awarded a San Diego biotech company up to $34 million to help develop a next-generation drug to fight COVID-19.

Sorrento Therapeutics calls the drug a “rapid countermeasure” against the disease, one that might serve as a vaccine substitute in certain populations or a critical stopgap tool if the virus mutates.

“With this, we have a new platform potentially that can respond very quickly to any type of emerging threat,” said CEO Dr. Henry Ji.

Sorrento’s drug is designed to be used as either a treatment in infected patients or a fast-forming layer of defense in healthy people. The company said its solution should be cheaper and easier to deploy than existing monoclonal antibodies, while offering vaccine-like protective effects that last for several months rather than just two or three weeks.

Antibodies are one of the body’s key defense mechanisms. They seek out pathogens and bind to them, marking the invader for destruction like ground troops marking an enemy base for an airstrike. In some cases, antibodies can even neutralize an invader themselves by blocking its method of entry into cells.

Monoclonal antibodies are antibodies designed by scientists to neutralize a pathogen. They are hand-picked, genetically modified super antibodies that are cloned in labs.

However, the process of growing these super soldiers in the lab is difficult, transporting them requires a cold chain, and as a result, monoclonal antibodies are among the most expensive drugs in the world.

Instead of giving people an infusion of pre-made antibodies, Sorrento’s idea is to give people a shot of DNA that instructs some of their cells to churn out perfectly pre-designed antibodies.

Dr. Allen said the company is hopeful the drug will induce cells to make protective antibodies for six months or more.

This DNA approach to an antibody treatment has never been approved for any disease but other companies are working on their own versions of it. Another biotech with ties to San Diego, Inovio Pharmaceuticals, became the first company to test this approach in humans in 2019 for a drug targeting the Zika virus.

“What this is capable of doing is it bypasses the need for the immune system,” said Dr. Mark Brunswick, Sorrento’s senior vice president for regulatory affairs.

The drug is unlikely to replace a vaccine in most situations because vaccines can produce other defense mechanisms like T-cells that work in conjunction with antibodies. But the drug might work better than a vaccine for the elderly and others with weakened immune systems who are unable to produce a robust number of antibodies on their own, Brunswick said.

Still, the company still has a lot of pre-clinical work and testing to go. Sorrento is hoping to have the drug ready for human trials in four to six months.

By then, vaccines from Pfizer and Moderna will likely be widely available, but Dr. Ji said the world needs to prepare for the possibility this virus will mutate.

“When you vaccinate hundreds of millions, potentially billions of people, the virus is under tremendous evolution pressure,” he said. “It will escape. It’s guaranteed that the virus is going to mutate and escape all of the vaccines we’re trying to create.”

If it does, he said Sorrento will be ready to rapidly deploy its DNA-based countermeasure.