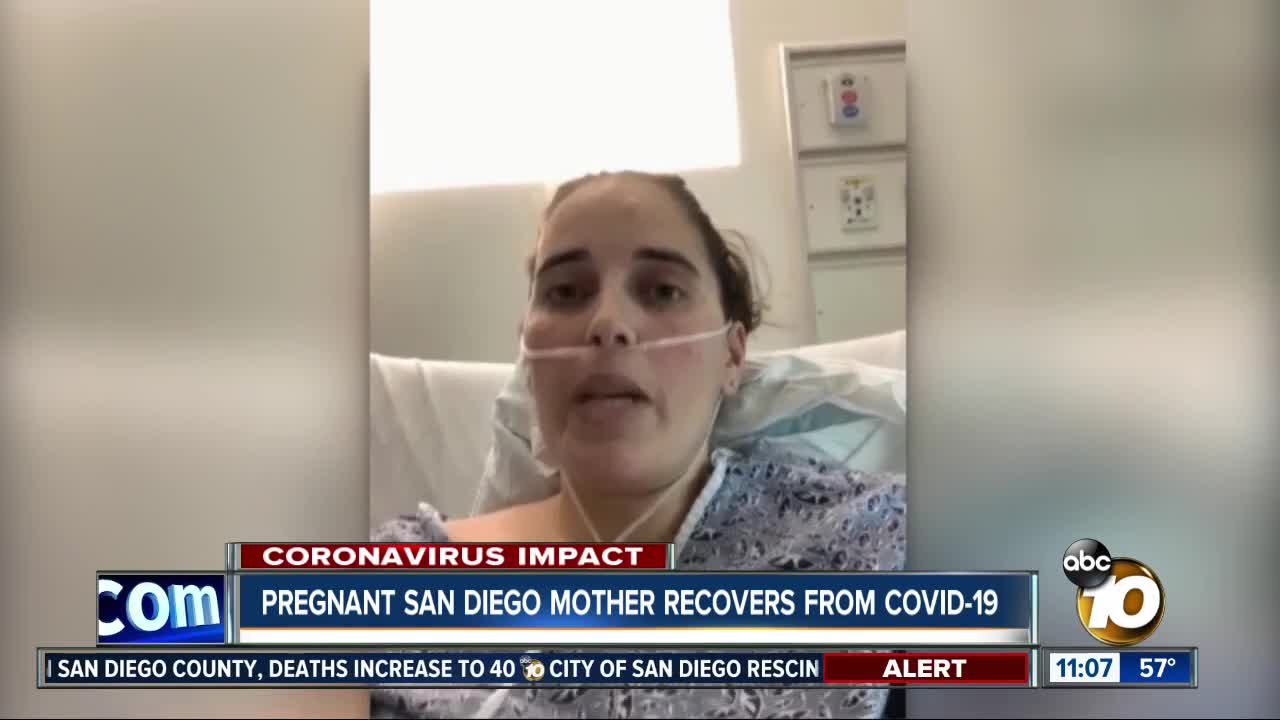 SAN DEIGO (KGTV) - A pregnant San Diego mother is getting ready to leave the hospital after surviving the coronavirus.

Ashley Duque is out of the ICU and spoke with 10News on Thursday about her fight against the virus. She was regaining strength after being hospitalized on March 26.

"It felt like there was a heard of elephants sitting on my chest, and I couldn't breathe," she said.

Duque was 17 weeks pregnant at the time. She and her husband have a two-year-old daughter, so as she prepared to face the virus, she knew she had plenty to fight for.

"I'm definitely going to fight for my child's life and my baby girl at home," she said, describing her state of mind at the time. "It's very, very scary."

Doctors had to put her under, and on a ventilator.

"All I remember was that I was in the room and them calling the rapid response team, and within an hour and a half, I was under, and I was incubated," she said.

Duque was on the ventilator for four and a half days, until this past weekend when her condition took a positive turn. She says that she might be released from the hospital Friday.

Her baby is also healthy.

"Every time I get an ultrasound, the baby is dancing and moving. I'm going to have a crazy child come out in September," Duque joked.

Now she hopes that her story will bring awareness and encourage others to do their part in stopping the spread of the virus.

"The fact that I'm 33 and this happened, I'm glad that everyone is able to see this story and be like, 'just stay home,'" she said.

Once she gets out of the hospital and things to start to get back to normal, Duque says she looks forward most to hugging her husband and daughter and having her baby. She also looks forward to having a beer at the brewery where she works.