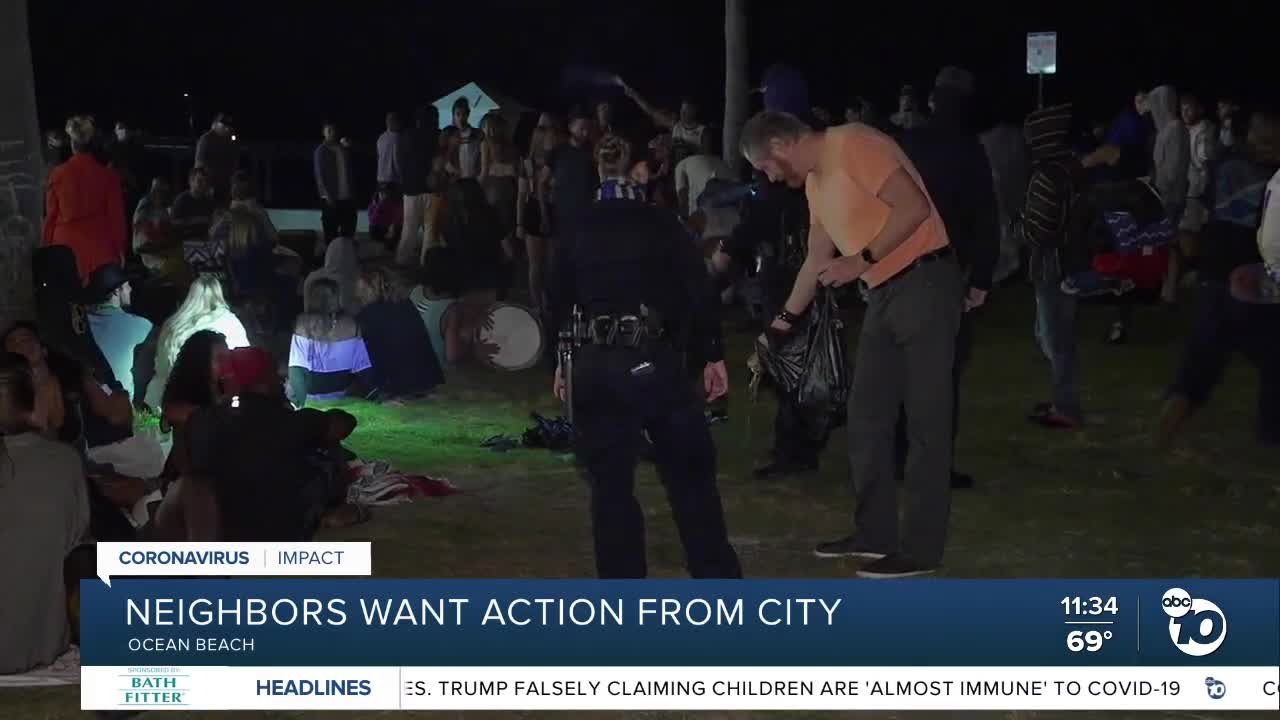 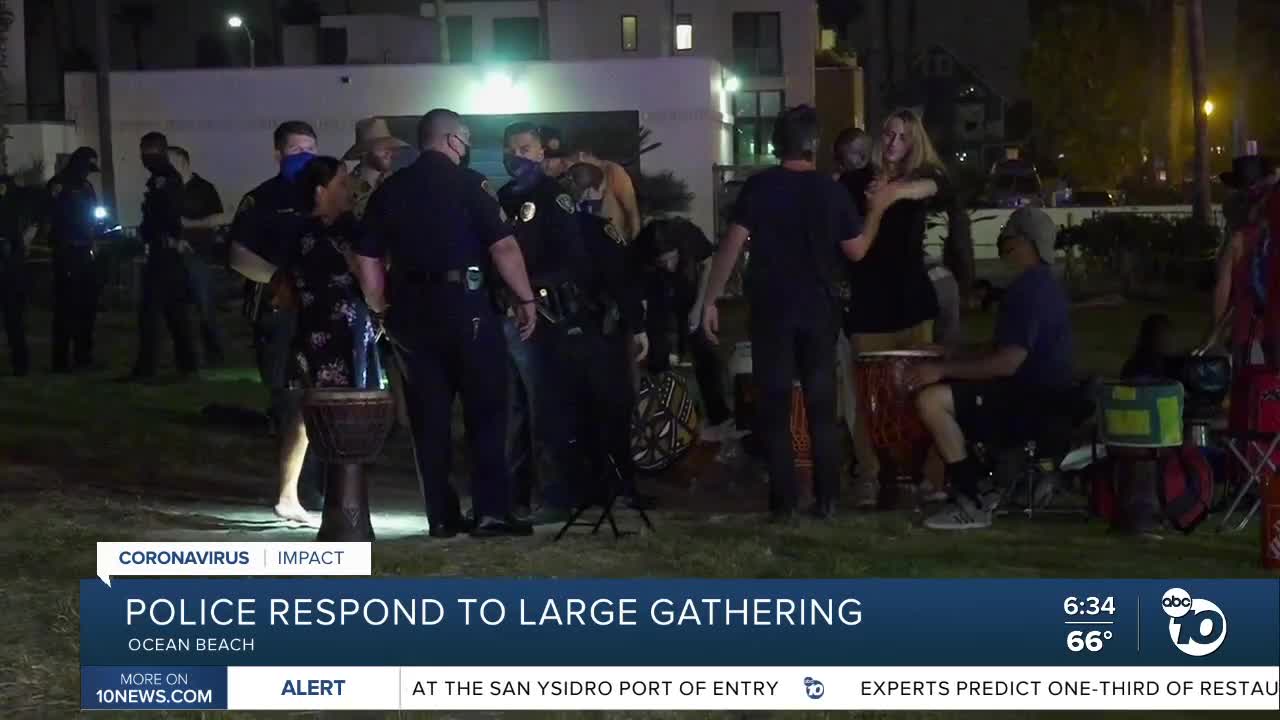 On Wednesday evening, ABC 10News captured video of what looked like a festival, with dozens of people socializing and playing music at a park near the OB Pier. Many among the crowd were observed not following county public health orders of social distancing and face coverings.

San Diego police were called to the park after receiving complaints regarding the big crowds and noise.

Earlier in the day, during the county's COVID-19 press conference with Supervisor Nathan Fletcher, the Ocean Beach Town Council addressed their concerns over the gatherings. The council asked San Diego leaders when they will do more to address the issues.

Fletcher was asked about enforcement funding and how that would help with concerns like those raised by the OB Town Council.

"In the first bucket of enforcement that was provided, there are 13 staff who will be dedicated on those egregious and very blatant willful violations of what’s happening in addition to the efforts that we do around outbreaks and pre-outbreaks," Fletcher responded.

Mark Winkie, president of the OB Town Council, said, “We feel like we’re being disrespected. We call it ‘mayhem in Ocean Beach.' That’s really what it is right now.”

Winkie said the town council has submitted multiple complaints along with a letter that said, in part: “They need to do something about the unacceptable levels of gatherings, gallons on trash left behind and illegal vendors selling merchandise.”

Winkie added those are all huge public health concerns.

"We'd like some education to be done for the people down there. We don't want the police department to arrest people, we want the people to understand this is our community. You're welcome to be here, but you need to adhere to social distancing rules and respect our community,” Winkie said.

So far, police have only responded to noise complaints in the area.

City Councilmember Jennifer Campbell, whose district includes Ocean Beach, told ABC 10News in a statement that she is "committed to direct additional resources on Wednesday nights and has urged the mayor and county to enforce mask wearing and social distancing."

"The city doing anything at all to prevent people from congregating closely together as they have been is not accurate, that hasn't been done,” said Winkie.

Neighbors said many of the crowds start at the farmer's market then work their way towards the park.

ABC 10News reached out to OB's Main Street Association, who is in charge of that event. They said they're working on an official statement, but they want to do what's best for the community.