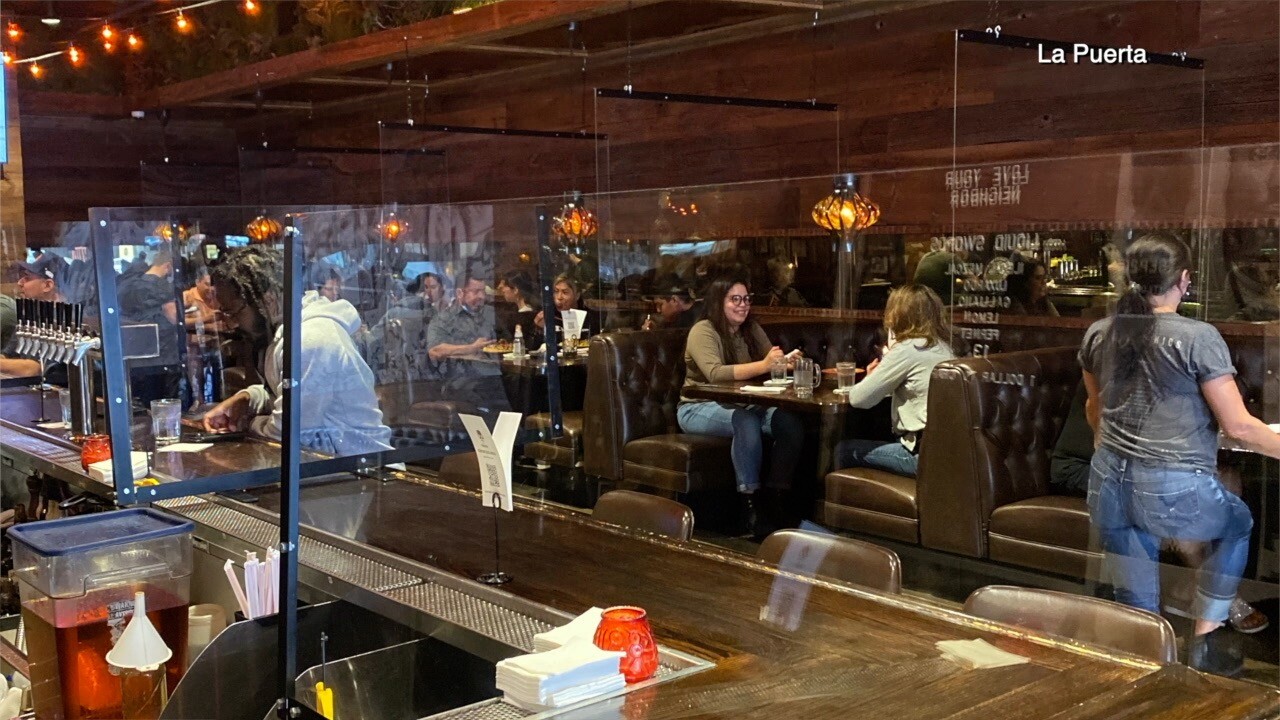 But now, those workers could be in for some bad news. The three or four shifts they thought they’d get each week at La Puerta could instead be reduced to one, if that.

“The hardest part is just the emotions and the mental health of the people working in the industry,” Powell said.

It’s because San Diego County is in danger of falling into the state’s most restrictive purple tier of coronavirus restrictions, which would ban restaurants from serving indoors. That would be the latest setback in the region's push to return to normal amid the outbreak.

“It feels like they're just playing games with us at this point, and it's getting frustrating,” Powell said.

The twists and turns are taking a big toll, not just on day-to-day operations, but also when it comes to hiring in the future.

“You're not going to hire people back, you're being extremely cautious,” said Ray Major, SANDAG’s chief economist.

Major said restaurant owners have it especially hard. Not only do they have to be concerned with whether they can break even, but also if a future move into a less restrictive tier would only be temporary.

SANDAG says the region's jobless rate was 13.3%, with 226,000 unemployed workers as of Sept. 5. As for Powell, he said he certainly would not have hired six people if he knew more restrictions were on the way.