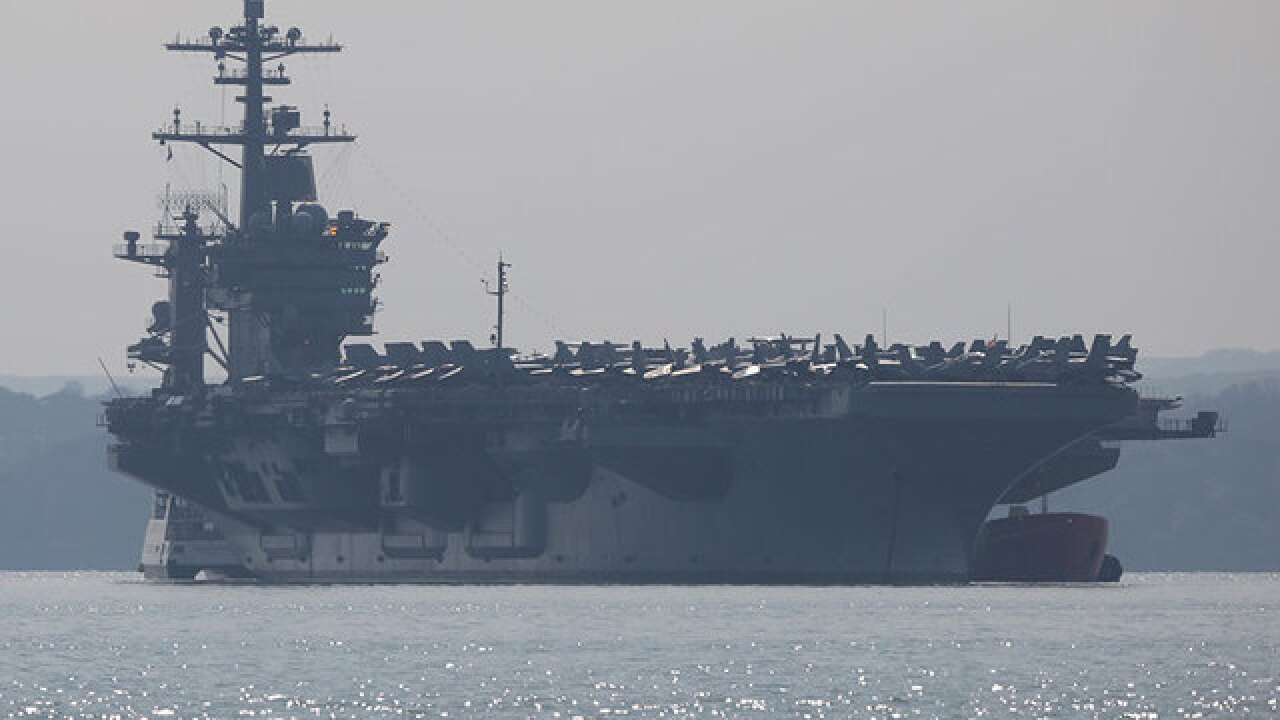 SAN DIEGO (CNS) - Acting Navy Secretary Thomas Modly, who fired the commanding officer of a San Diego-based aircraft carrier over his publicized concerns regarding the Navy's response to a COVID-19 outbreak aboard his ship, said in a leaked address to the crew that he believed the captain either purposefully sent his letter to unauthorized parties or must have been "too naive or too stupid" to realize the import of his actions.

In a recording published Monday by the military publication Task & Purpose, Modly defended his decision to fire Capt. Brett Crozier of the USS Theodore Roosevelt to the ship's crew, a decision which has garnered considerable controversy since Crozier's letter was published in the San Francisco Chronicle and other media outlets last week. Crozier was fired three days after the letter was published.

The captain and more than 100 sailors aboard the ship have tested positive for COVID-19.

Modly insisted the Navy had taken Crozier's concerns to heart and was mobilizing efforts to help the ship's crew when the letter appeared in news articles, revealing "sensitive information about the material condition of a naval warship."

Modly said he believes Crozier copied his email to more than 20 other people on purpose, knowing it would be leaked to news outlets and the general public.

"If he didn't think that information was going to get out into the public in this information age that we live in, then he was a) either too naive or too stupid to be the commanding officer of a ship like this," Modly said, prompting one sailor on the recording to remark, "What the f---."

Modly continued, "The alternative is that he did it on purpose, and that's a serious violation of the Uniform Code of Military Justice."

In a Pentagon news conference last week announcing Crozier's firing, Modly said he had no information to suggest Crozier directly leaked the letter. However, he did note that the letter was first publicized in Crozier's "hometown paper." Crozier is a Santa Rosa native.

In his letter, Crozier said the crew had undertaken some measures to slow the virus' spread, including moving a small percentage of the crew off- ship, increasing cleaning of the ship and attempting social distancing wherever possible.

However, he warned, "The current strategy will only slow the spread. The current plan in execution on TR will not achieve virus eradication on any timeline."

Modly said the Navy responded to the outbreak by immediately working to move most of the sailors off the ship, yet Crozier's letter made it appear otherwise. The secretary said last week that Crozier "raised alarm bells unnecessarily" and "demonstrated extremely poor judgment in the middle of a crisis."

In his address to the USS Theodore Roosevelt, Modly said the captain's actions had wide-ranging implications for other Naval commanding officers.

In videos posted to social media last week, the ship's sailors gathered en masse to give Crozier a warm farewell as he departed the ship, applauding him and chanting his name, who, according to several close associates, has since tested positive for COVID-19.

Modly acknowledged the crew's love for their commanding officer.

"I understand you may be angry with me for the rest of your lives. I guarantee you won't be alone," Modly said. "But being angry is not your duty. Your duty is to each other and to this ship and to the nation that built it for you to protect them. Even in an unexpected crisis, it is the mission of this ship that matters."

He also promised the crew, "I will get you the help you need. You have my personal word on it."