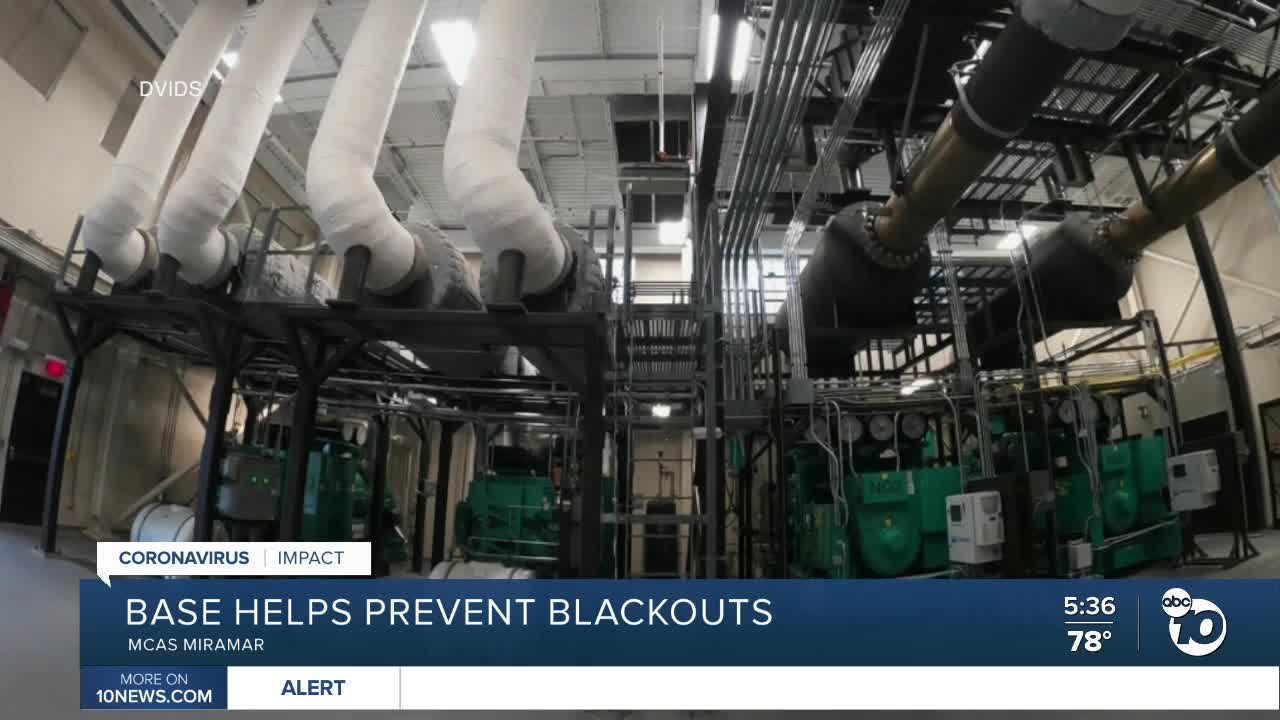 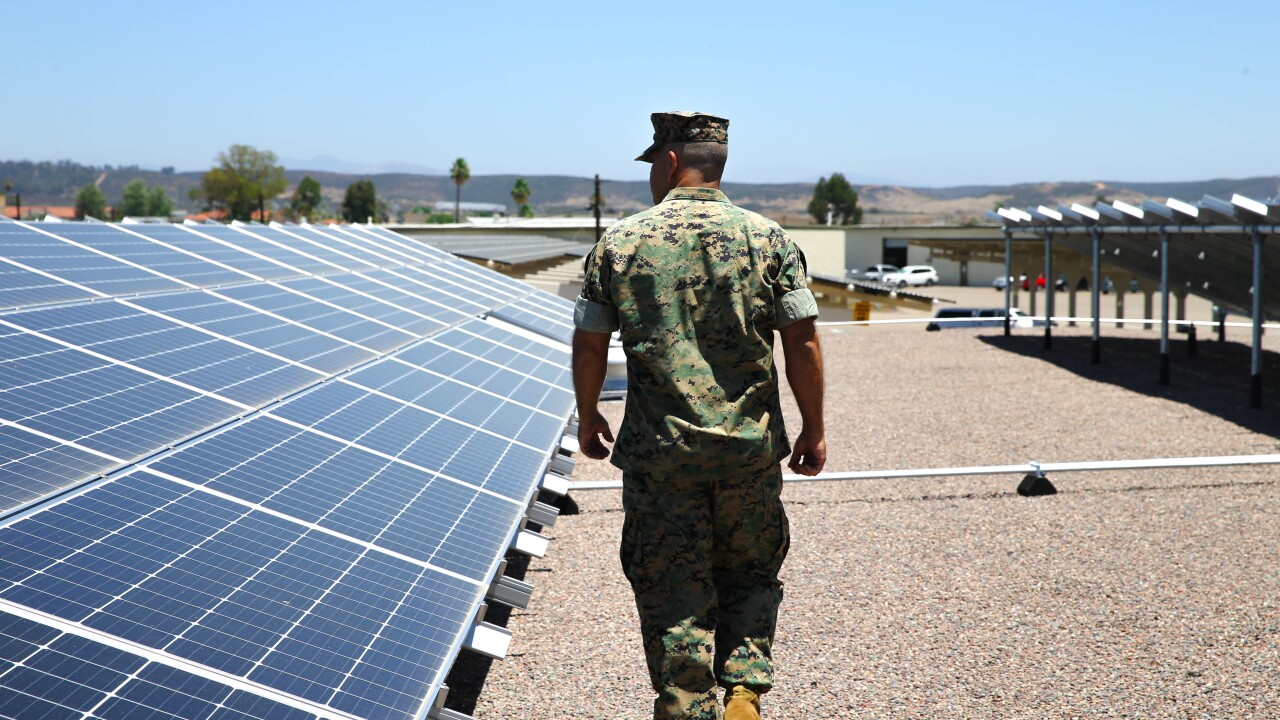 Mick Wasco, Installation Energy Manager at MCAS Miramar, said they have a great relationship with SDG&E and heard over the weekend the power grid was at maximum capacity.

Wasco said they took action, "although not entirely ready we did whatever we could to get our system online and help support as soon as possible."

Wasco said the base has been working on a microgrid for more than a decade. It is powered by three sources: solar, landfill gas in partnership with Fortistar, and a power plant that uses natural gas and diesel, created in partnership with Schneider Electric and Black and Veatch.

Wasco said the power plant works smarter, "these are not backup generators, these are generators with the best equipment possible to clean the emissions."

The system succeeded Tuesday, eliminating six megawatts of usage from San Diego's grid. That saved about 2,000 homes from going dark.

"I don't know that everybody knows what we're capable of doing at Miramar and I think the goal is over the next couple years is to demonstrate that," Wasco said.

"I think this is only the beginning and we can greatly improve our abilities in the coming years," Wasco said he wants to continue working with businesses and the community to utilize the system the most efficient and beneficial way possible.

Wasco said if they did get supplies, like diesel, they could potentially power themselves indefinitely.