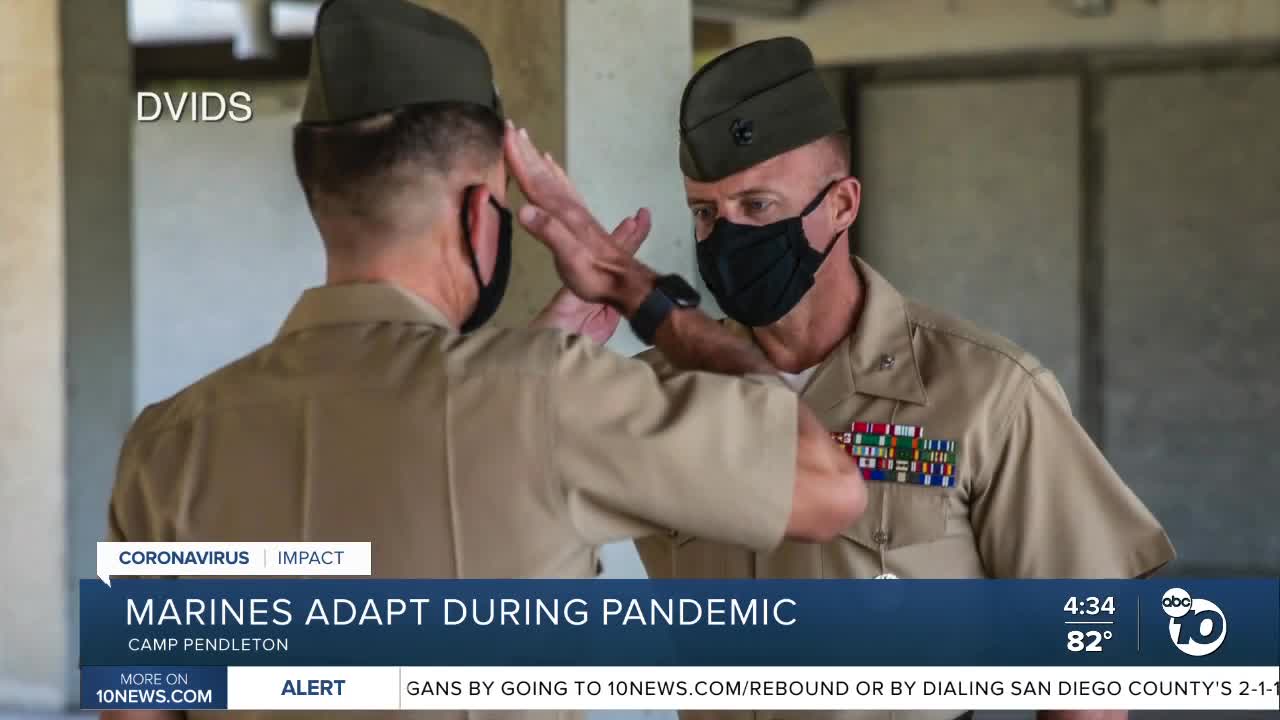 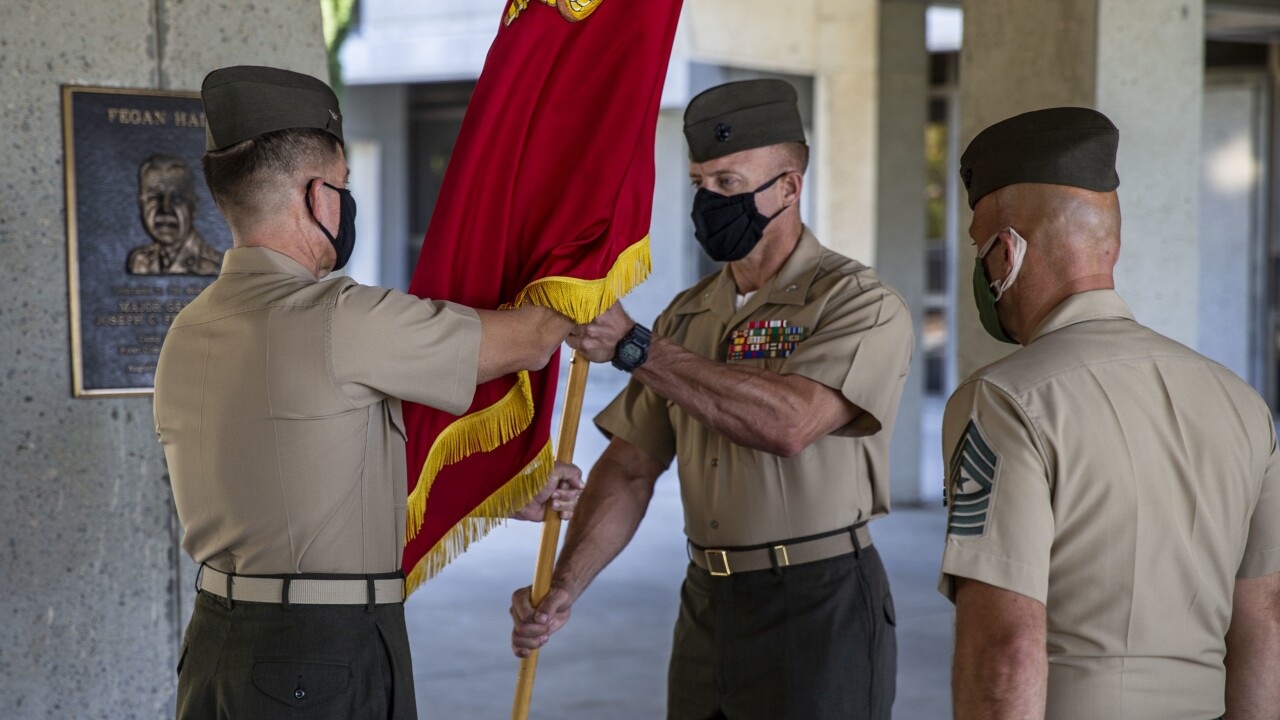 CAMP PENDLETON (KGTV) - Marine Corps Base Camp Pendleton is balancing mitigating risk of exposure to the coronavirus with training to keep Marines ready for deployment.

At changes of command, Marines are masked and six feet apart, and large formations are no more.

"We have mitigation measures to protect our people but life's not perfect, life gets in the way. We have to overcome those obstacles and challenges because we have a greater mission and that is to our nation," Col. Holt said.

The Marines take pride in the 'First to Fight' motto. The 13th Marine Expeditionary Unit (MEU) is deployed in Jordan and the 15th MEU is preparing to deploy.

Coronavirus is not creating a delay.

"There are choices that are made to protect the people but also to replicate what we would face in combat because the requirements of the Marine Corps do not stop," Co. Holt said Marines are training the way they would fight overseas.

Units are quarantined for two weeks before and after deployment to ensure everyone is healthy. When units are training they are isolating, they do not go home each night. Marines are asked health screening questions and given temperature checks.

It's not just training that has changed, the commissary and thrift store have a strict cleaning schedule and safety barriers just like San Diego's grocery stores.

Col. Holt said they've been learning from San Diego and took notes, implementing strategies used at Marine Corps Air Station Miramar when flights from Wuhan, China arrived. The plane was carrying U.S. citizens that were stranded in Wuhan because of the coronavirus outbreak.

At Camp Pendleton, restaurants are also similar to what you would see around the county. The only exception is the chow hall, Col. Holt said, "you might have a table of six that only has two people at it and you sit diagonally six-foot across."

Gyms are similarly spaced out and cleaned often.

Co. Holt has the same hope many San Diegans share, "we're all kind of hopeful to move on, for schools to open up... to regain that societal connection."