Los Angeles County could move to next tier by October, allowing more businesses to reopen 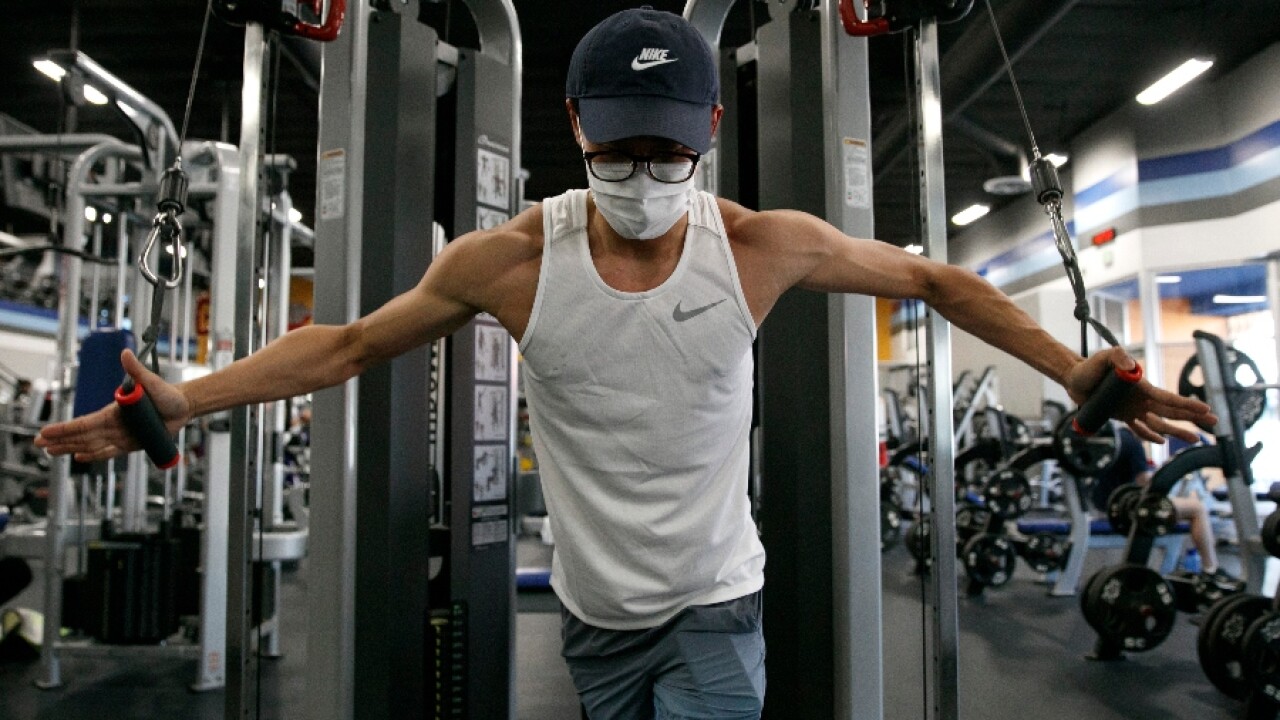 LOS ANGELES (CNS) - Downward trends in coronavirus cases and testing-positivity rates could allow Los Angeles County to move into the next tier of the state's economic-reopening matrix by sometime in October, according to the county's public health director, but pending Labor Day numbers could potentially thwart that move.

The county is in the most restrictive, or "purple," level of the state's four-tier virus-tracking roadmap. The county already has a low enough seven-day average testing positivity rate -- around 3.2% -- to move to a less-restrictive tier, but average new case numbers are still too high, currently averaging 8.1 cases per 100,000 residents. The state threshold for advancing to the "red" tier is seven cases per 100,000.

However, Public health director Barbara Ferrer said Wednesday numbers in all categories have been trending downward over the past six weeks following a spike seen after the Fourth of July holiday weekend.

"If we don't see a surge in cases and hospitalizations associated with activities over Labor Day and we continue to reduce our rate of community transmission over the weeks ahead, we could enter tier 2, which is a less restrictive tier, sometime in October," Ferrer said.

Health officials have said repeatedly they will not consider any more business reopenings in the county until at least late September, after determining if virus cases and hospitalizations increase following the Labor Day holiday weekend -- the way they did after Memorial Day and the Fourth of July.

If the county gets its average new case numbers below seven per 100,000 residents, and maintains that level for two weeks, the county will be able to move into the state's "red" tier. That would allow more businesses to reopen, including potentially movie theaters and gyms, as well as school campuses for in-person learning.

Ferrer said the county is now seeing its lowest average testing- positivity rate of the pandemic.

"Last week, we saw the lowest positivity rate to date, at around 3.4%," she said. "This means that almost 97% of the tests that people took for COVID-19 ended up being negative. Just a month ago, in mid-August, this rate was around 5%. So we're happy to see the progress that we've made and we're very much hoping that this number continues to decrease."

She again warned, however, that the impact of the Labor Day holiday weekend has yet to be borne out in case numbers, since the virus has a 14-day incubation period. She also said upcoming fall and winter holidays, including the start of Rosh Hashanah this weekend, could lead to setbacks if people become lax about social distancing and other preventive measures.

"The autumn and winter months are filled with special times that we all are looking forward to," she said. "There's many secular and religious holidays that we usually celebrate by spending time with our friends and extended family members. And the pandemic has been difficult and frustrating in many ways, including placing limits on how we can celebrate safely. I do encourage all of us to think now about how we might want to modify our plans so we can share the joy of the holidays while reducing the risk of transmitting a dangerous and sometimes deadly virus."

She and the county's health services director, Dr. Christina Ghaly, urged people to get a flu shot, noting that as flu season arrives, people who contract both influenza and COVID-19 may be susceptible to severe illness.

The county on Wednesday reported 31 coronavirus-related deaths, although one of those fatalities was actually announced Tuesday by health officials in Long Beach. Long Beach announced two additional deaths Wednesday afternoon. The total number of fatalities in the county stood at 6,305 as of Wednesday.

The county also announced 1,148 newly confirmed cases, while Long Beach added 40 cases and Pasadena reported six, lifting the cumulative total since the start of the pandemic to 256,194.

There were 804 people hospitalized due to COVID-19 in the county, up slightly from Tuesday. Ghaly noted that the sharp downward trend seen in hospitalizations over the past month appears to have slowed or leveled off. But hospitalization numbers till remained at dramatically lower levels than they were a month ago.

Ghaly said overall testing numbers over the past week were down, thanks in part due to closures of some testing centers due to poor air quality caused by the region's wildfires. She said some testing sites have two-thirds of their appointment slots available, so she encouraged anyone with symptoms of the coronavirus or who thinks they may have been exposed to get tested.