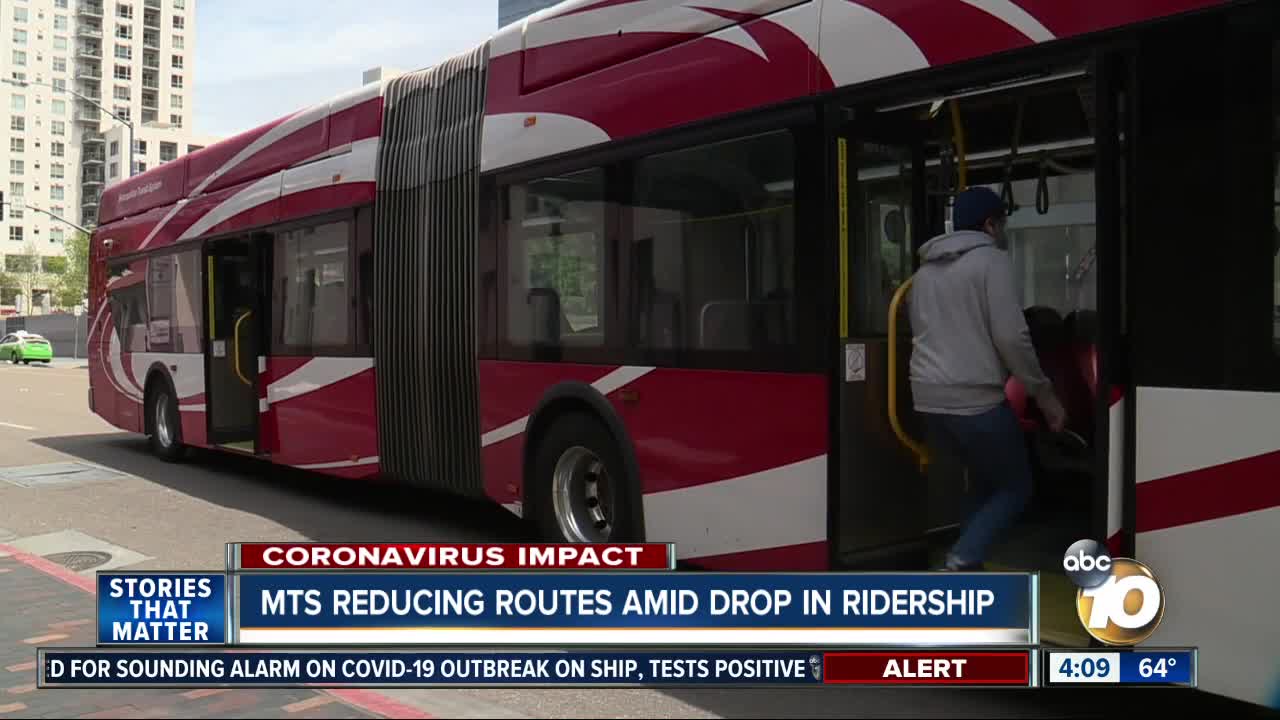 Ridership has fallen about 65 percent since the statewide stay-at-home order was issued on March 20th.

“This is a good thing,” remarked County Supervisor Nathan Fletcher. “It means our community is staying home.”

Still, the MTS system has been seeing about 100,000 rides per day from people who rely on the service.

MTS CEO, Paul Jablonski, said 38% of their revenue comes from rider fares, amounting to about $100 million a year. They also receive funding from sales tax revenue.

However, Jablonski said they expect to get help from the massive federal stimulus bill. He said they will be eligible to receive $200 million dollars allocated for transportation in the county.

To see what lines have been affected, visit theMTS website. There will be no change to weekend schedules.