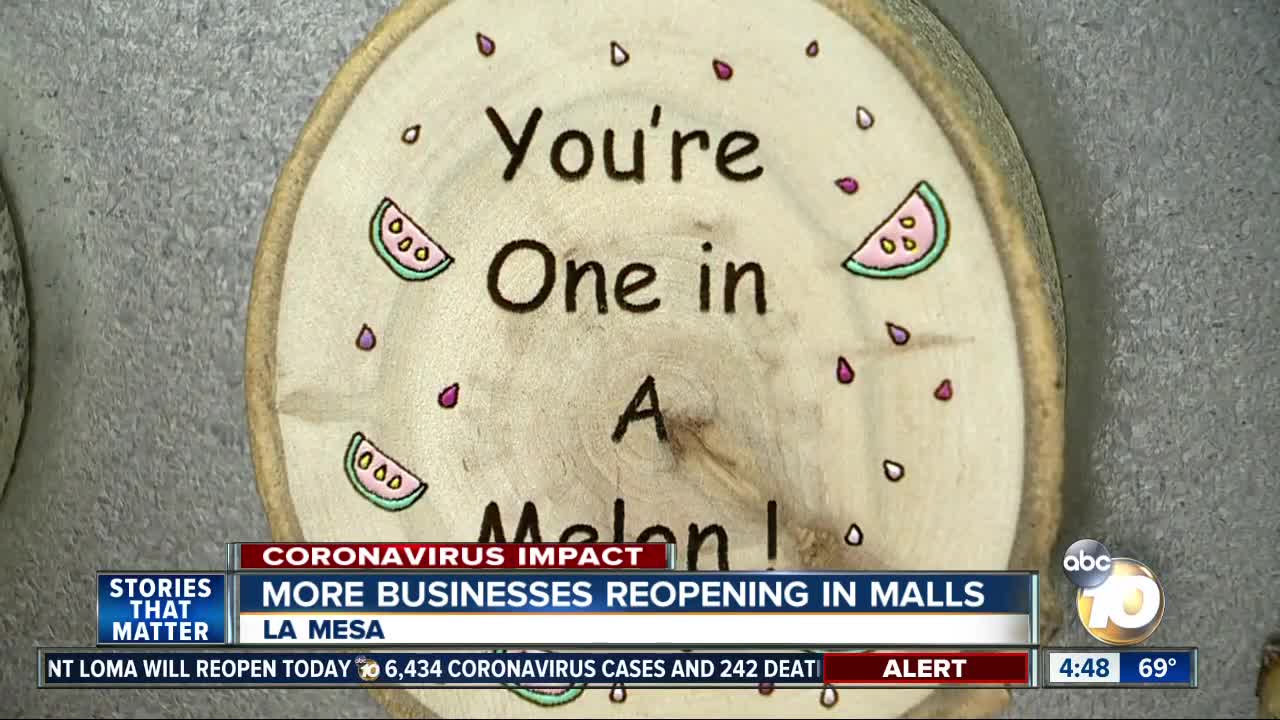 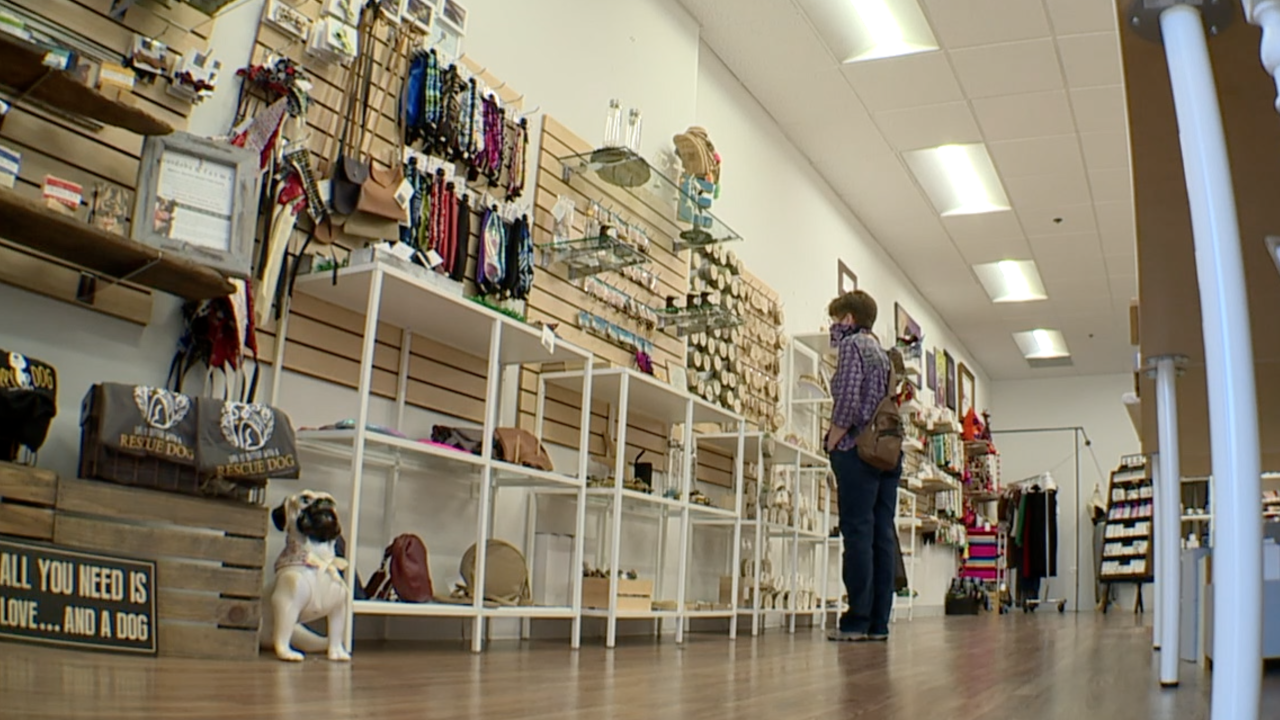 LA MESA, Calif. (KGTV) Businesses at Grossmont Center in La Mesa welcomed customers back on Friday for the first time in nine weeks.

While several of the mall's stores were deemed "essential" and allowed to stay open, the majority were forced to close when the state issued the stay-at-home order in March.

"Over 60% of our retailers are mom and pop," said Trevor Moore, the Director of Events and Marketing at Grossmont Center.

One of those is Modern Market, a shop that features goods made by local artists and craftspeople.

"I was having an amazing month," said owner Claudia Sotelo. "Then all this happened. I have bills obviously I have to pay. It's been tough."

She said she survived by making masks herself and doing delivery orders online. While the income was not the same as having a storefront, she said there was a silver lining.

"People that never heard of my store now want to come in and shop," she said.

At Prevue, a dress boutique, General Manager Caitlin Todd said customers have been eager to come in for fittings.

"I think everyone's ready to get back to life," said Todd.

Even as weddings and proms have been put on hold or moved online, she said there is pent up demand for their products.

"It's still their big day," she said of her customers.

Not all the businesses at the mall are allowed to reopen. Barber shops, nail salons and movie theaters won't be eligible until phase 3.

Westfield announced their malls in San Diego County will begin reopening on Friday, May 29.

Fashion Valley Mall had not yet announced a plan to reopen.